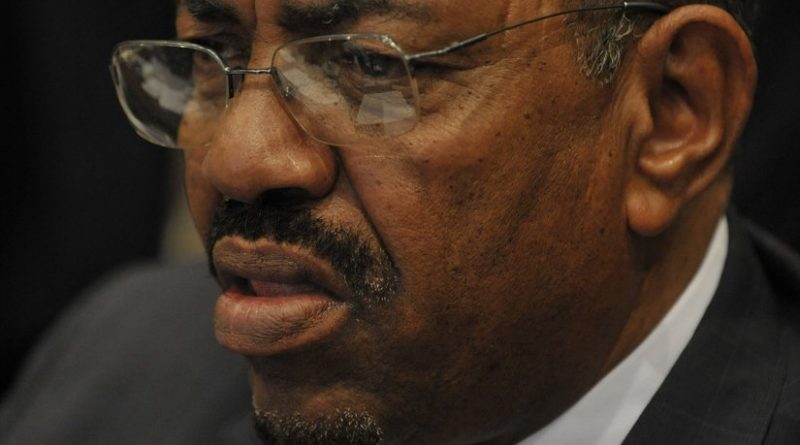 One would expect an alleged criminal looking to avoid detention after being accused of particularly heinous offences to maintain a low profile. However, Sudanese President Omar al-Bashir seems to have no such qualms, despite being the only sitting head of state wanted by the International Criminal Court (ICC). The ICC issued an arrest warrant for Bashir in 2009 after he was accused of committing crimes against humanity, genocide and war crimes during his campaign to stamp out a revolt in the western Darfur region.

Since then, he has made numerous diplomatic visits to countries including South Africa, Egypt and Saudi Arabia without anybody making an attempt to arrest him, all while being the subject of an international travel ban. In this month alone, Bashir has already attended official events in Djibouti and Uganda, seemingly able to come and go as he pleased with no fear of being detained and indicted. So why is the international community doing so little to bring a man accused of being responsible for the deaths of hundreds of thousands of people to justice?

Nobody spoke up against Bashir during his visit to Djibouti to watch President Ismail Omar Guelleh being sworn in for a fourth term after winning a largely rigged election earlier in April. Despite the country being party to the Rome Statute of the ICC, no international diplomatic pressure appeared to be applied on Djibouti to arrest Bashir during his visit. It wasn’t the first time the small state in the Horn of Africa ignored its responsibility under the Rome Statue. Djibouti’s government also failed to arrest Bashir during Guelleh’s previous inauguration ceremony in May 2011. On both occasions, Djibouti received very little criticism from the international community. While previously Djibouti served as a top military and security partner of the U.S., Guelleh has recently cozied up to China, allowing the president to benefit from Beijing’s ambivalent standards of human rights protection and insulating the regime from international criticism. The fact that Guelleh has abused this freedom, getting away with killing opposition figures, gagging journalists and tampering with the country’s constitution is tragic and has put the Djiboutian president high on the ICC’s watch list.

However, not the same reception awaited Bashir in Uganda. Ahead of his trip there last week to witness Yoweri Museveni being sworn in for his fifth term as president, the New York-based NGO Human Rights Watch urged the country’s authorities to arrest Bashir, suggesting Museveni would “tarnish his inauguration” by welcoming him. Amnesty International also applied pressure, with Muthoni Wanyeki, the organization’s Regional Director for East Africa, the Horn and the Great Lakes, saying: “As a signatory to the Rome Statute, Uganda has an absolute obligation to surrender him to the ICC.” Museveni responded by calling the ICC “a bunch of useless people” that he no longer supports, prompting representatives of Europe, the US and Canada to walk out of his inauguration ceremony.

Museveni’s attitude and comments were indicative of a general feeling towards the ICC among African nations, many of which are signatories to the Rome Statute. At the beginning of February, African Union members backed Kenyan proposals to leave the ICC. Many African officials feel the court is too quick to focus its efforts on the region’s leaders. At a two-day summit in Addis Ababa, Chadian President Idriss Déby, the African Union’s chairman, said: “Elsewhere in the world, many things happen, many flagrant violations of human rights, but nobody cares.”

Earlier this month, a group of 100 US lawmakers lobbied the Obama administration to enforce a new regime of sanctions against the Sudanese government as part of efforts to force officials in the country to put an end to fighting there. “As the violence in Sudan grows worse, the world is looking to the United States to be a strong partner in the effort to build a lasting peace and address this devastating humanitarian crisis,” said Republican Congressman Jim McGovern. The involvement of the U.S only gave activists more grist to the mill: why is Washington, who has refused to ratify the Rome Statute and is therefore not a party to the ICC, giving lessons on international justice to African states?

While the rhetorical arguments of African presidents and activists are sound on the face of things, they do obscure a bigger problem: that genocide and ethnic cleanings have indeed occurred in Africa at the hand of individuals like Bashir. Pinning the blame on the U.S is not going to solve anything. Bashir’s horrible crimes must be heard and tried in a court of justice. Every day Bashir is allowed to flaunt the arrest warrant on his head with such impetuousness is a sad day for Sudan and the principles of international justice. It’s time the international community stops ignoring the violence in Sudan and the affront to global justice that Bashir’s ongoing freedom represents.