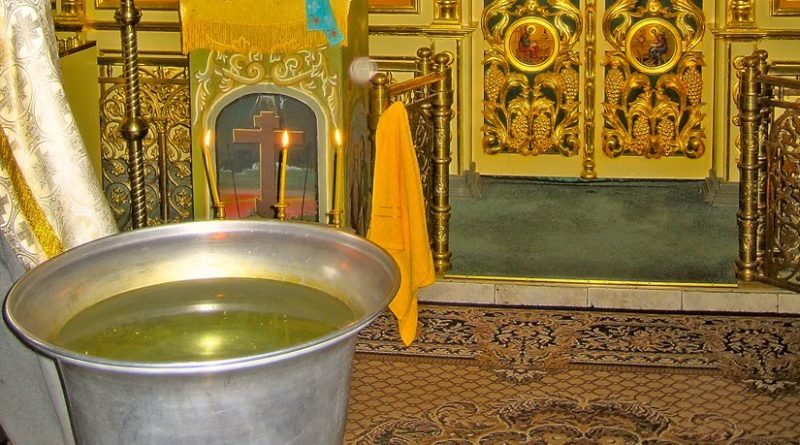 After malware hacked as many as 200,000 computers throughout the world, the Russians have an idea: blessing the computers with holy water.

The most recent attacks have been through a form of ransomware called “WannaCry”, which is malicious software that locks up a person’s data and demands, either through a pop-up window or e-mail, that a ransom be paid or else the data will be destroyed.

The cyberattacks have largely targeted hospitals, academic institutions and large businesses like blue chip companies or movie theaters in more than 150 countries throughout the world, including in China, Japan, India and the U.K.

Russia was among one of the worst-hit countries in the attack.

Part of their solution? Invite Patriarch Kirill of the Russian Orthodox Church to bless computers and servers with holy water.

In a photo shared by @EnglishRussia1 on Twitter, Patriarch Kirill can be seen blessing the computers of the Ministry of Internal Affairs in hopes to protect them from the WannaCry virus. The Russian Orthodox Church has close political ties with the Russian government, making Patriarch Kirill as strong a political figurehead as a religious one in the country.

Like the Catholic Church, the Russian Orthodox Church has a blessing for just about anything, including horses, spaceships and swimming pools.

St. Isidore of Seville is often invoked in the Catholic Church as the patron saint of computers, computer users and the internet, because during his life he created the ‘Etymologies’ (a type of dictionary), and gave his work a structure similar to that of the database.

Patriarch of Russian Orthodox church making sure that the Ministry of Internal Affairs computers won’t get affected by WannaCry virus attack pic.twitter.com/m2S7rP2iHU