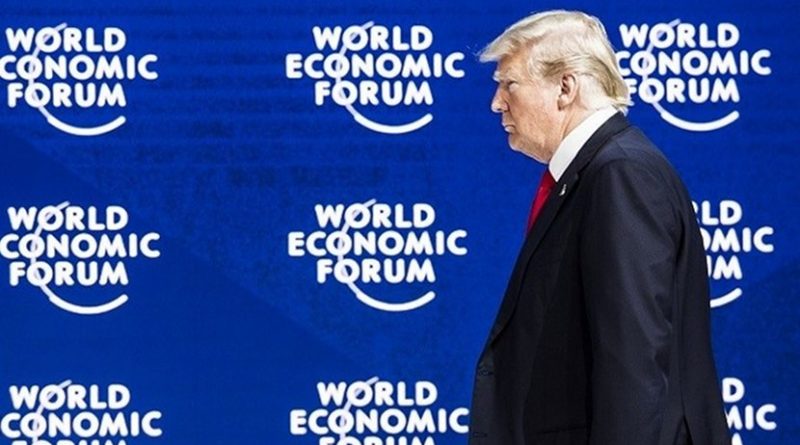 Palaver-filled torpor is an apt description for an article published by Foreign Affairs on April 30 titled, “Time for a New U.S. Foreign Policy Narrative: A Better Alternative to Trump’s ‘America First,” by Ian Bremmer and Joe Kennedy III. They begin the piece demonizing Trump’s understanding of the US’ role in the world by stating:

“Refugees and immigrants were cast as villains, repressive regimes like Russia and China were regarded with admiration, and human rights and democratic freedoms were pushed to the sidelines.”

As historian Dr. Victor Davis Hanson wrote, “(President) Truman May Have Been the Proto-Trump,” with his low approval ratings, crass demeanor, but foreign policy achievements that rivaled any of his predecessors. The Midwestern country-bumpkin title that Democratic elites assailed Truman with were flummoxed when he arguably made the best geopolitical decision of the 20th century by firing MacArthur, replacing him with General Matthew Ridgway and stopping at the 38th parallel.

Now twitter-crass Trump will meet with Kim Jong-un on June 12th in Singapore to possibly bring peace to the Korean peninsula. The Foreign Affairs article never mentions the fact that President’s Clinton, Bush 43, and Obama never made this type of headway with the North Korean regime. But to Bremmer and Kennedy, Trump’s America First monikers and wanting to protect “the well-being of the American people,” from the largest influx of unskilled immigrants in American history makes him a monster. Although there is a case to be made for slowing down unchecked immigration by concentrating on re-establishing America’s pre-eminent place in the world.

Mr. Bremmer and Kennedy’s piece never acknowledges what Trump – or Clinton if she had won – inherited from the former administration. In 2011 when President Obama announced a sudden drawdown of forces from Iraq – after the US had the country under control and Khaddafi had given up his nuclear weapons – a Middle Eastern bloodbath ignited under his national security team’s watch. The US won in Iraq. If we had stayed in Iraq the way we did in Germany, Japan and South Korea then Iraq and the entire Middle East wouldn’t be infested with Iranian Quds Forces, Russian military hardware, Turkish forces or raging jihadists. Bremmer and Kennedy never investigate the Middle East wreckage that continues in Syria. Though ISIS is under control in Northern Syria, other Islamic extremists benefitted and strengthened during this period. Mainly, Al Qaeda, Ahrar al-Sham, Jaysh al-Islam and the Sunni insurgency has flared again in Iraq while a new group called; “White Flags” has surfaced in Kirkuk and Diyala.

But it’s the Iran deal that did nothing to stop Iran’s nuclear program and set in motion Iran’s dangerous ballistic missile program. Simply put, Iran lied about its nuclear weapons program according to Israeli Prime Minister Netanyahu. Furthermore, hundreds of billions in economic gains for the world’s largest state sponsor of terrorism and a policy of containment that had been in place for decades under Democrat and Republican administrations was dismantled.

When the Iran outreach policy was executed by Obama, Kerry and former CIA Director John Brennan – Iraq became a puppet state, Syria was taken over by Shia militias led by the Quds Force – and Yemen went up in flames. This outreach policy correlated with Iranian troops now sitting on Israel’s border, causing oil prices to skyrocket. Additionally, Hezbollah now has 150,000 rockets and missiles capable of hitting any part of Israel at a moment’s notice. And former NATO ally Turkey was caught in the middle and now has swung to Iran and Russia’s sphere of influence Mr. Bremmer and Kennedy never dissect this aspect of the former administration’s legacy.

Moreover, while Obama was in office – that Bremmer and Kennedy praise for solid foreign policy decision-making – Crimea was annexed by the Russians in 2014 and nothing was done while China claimed the South China Sea to be territorial waters. Now a series of fortified artificial islands that have been militarized to make their claims a reality to US allies is in full force; while trillions in economic activity that passes through those waterways is essentially under Chinese influence. China’s hegemonic moves now threaten political and economic stability over this strategic waterway for the entire Asian hemisphere, Australia and India. Bremmer and Kennedy should have noted these Chinese efforts have gone unchecked by US administrations, Congress, and NATO. By no means is Trump perfect, but who can fault the man for running on “Make America Great Again?”

Bremmer and Kennedy should have examined the human rights and democratic freedoms that were taken away over the disastrous policies the former administration undertook. If both men want to ask what is America’s overarching national security strategy that is a worthy article long overdue. What this article reeks of, however, his hyperbolic shouting from the rooftops that consists of no coherent policy recommendations other than meandering into tired Russian collusion arguments and unfettered campaign sloganeering. Bremmer knows better as President of the Eurasia Group and Kennedy as well since his namesake – JFK – was an ardent defender against conceding ground to America’s enemies in the name of appeasement.

Their piece ends with a pious heading: “The Moral To Our Story.” Where they invoke the false choices Trump is giving US foreign policy and play the tired canard by stating, “Does the United States reaffirm itself to the cause of freedom, human dignity, and democracy at home and abroad?” It was the former US foreign policy establishment that advocated for leading from behind on the world stage. The two men continue their hollow phraseology:

“Does it compromise the values, promises and foundational liberties etched in the U.S. Constitution because of the latest insult or opportunity that arises?

What does that even mean? What they should have examined was the reasoning behind the former administration and previous ones letting the Iranian people down by not supporting their “Green Revolution.” Or both men could have done a case study on how corruption, bad governance and Venezuela’s failure embracing socialism tears away at the social values of Latin America. If Bremmer and Kennedy want the former administration’s policies or some vague notion of human rights then debate Eli Lake, Michael Oren and Jay Solomon who wrote the bestseller – The Iran Wars – all three men contend the foreign policy establishment wanted a nuclear deal with Iran to preserve Obama’s and their legacy.

The raison d’etre of their piece is proclaiming the era of Pax Americana is over, however, “America’s role in the world is still being written.” Instead of America under Trump there is China’s, “alternative model for global leadership,” or put another way, authoritarian-capitalism that destroys the environment and puts the communist party above the UN’s Declaration of Human Rights. Both men have lost their way with this article and possibly advocating for China’s model over the US led by Trump.

Their entire argument is centered on their hatred for Trump, Republicans and how the US Democratic Party is the beacon of light for the upcoming election cycle. Vote how you want, the US is a free country, but examine the facts of what US foreign policy and western-aligned nations wrought with implementing “leading from behind,” on the world stage.

If they believe in multilateralism and international institutions and a bipartisan foreign policy consensus that had been in place since FDR then how does each man believe the US, NATO, EU and Asian allies confront China, Russia and Iran (CRI)? The policy implications are evident: War, terrorism in Europe, Islamic radicals emboldened, the Middle East and Africa in flames. Pax Americana led by Trump works better than “Globalism with Chinese Characteristics,” Putin yearning for Russian glory days, or tyrannical Iranian Ayatollahs. Brennan and Kennedy only used lofty rhetoric and Trump-bashing without examining the cold, hard facts of international relations and realist foreign policy. Every one of their points and arguments should be dismissed into the failed dustbin of history.