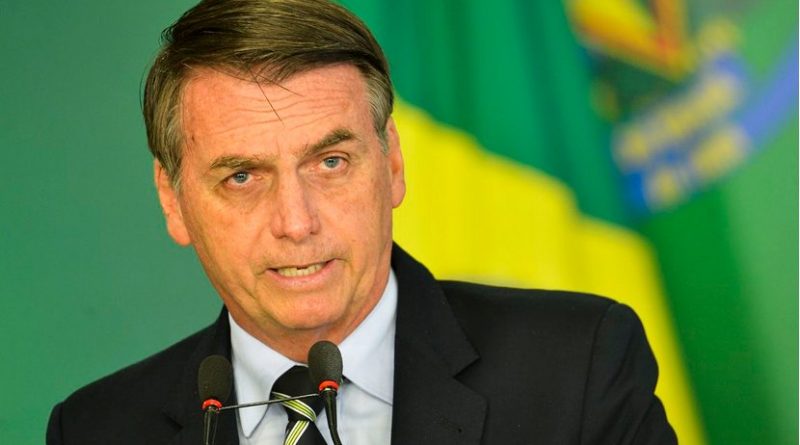 After the election of Jair Bolsonaro as the president of Brazil, there has been a systematic strangulation of feminist politics and a corresponding rise in androcentric authoritarianism. The incendiary rhetoric of Brazil’s provocateur president has initiated a patriarchal retrogression from 2019 in which there was a 7.2% increase in femicide.

These socio-cultural developments have exerted a deleterious influence on the everyday life of women and the morbid manifestations of this influence are discernible from recent statistics regarding women’s conditions. According to the Brazilian Forum on Public Safety, domestic violence has increased by 431% during the Covid-19 pandemic. The Brazilian state of Sao Paulo also recorded a spike of 45% in cases of violence against women.

Brazil’s downward spiral into a Bolsonarian autocracy started after the parliamentary coup of 2016. In this coup, impeachment proceedings were initiated against the democratically elected socialist leader Dilma Rousseff due to an ostensible anti-corruption campaign called Operation Car Wash in which the US Department of Justice was secretly involved. After this coup, the ruling Worker’s Party (PT) was overthrown and its charismatic leader Luiz Inácio Lula da Silva was also jailed. Michel Temer then assumed the presidency of Brazil and appointed a cabinet composed only of white men who were responsible for a masculine witch hunt against Dilma Rousseff.

Jair Bolsonaro soon succeeded Michel Temer’s interim government and flagrantly reversed the historic reforms of the former PT government and installed a crony capitalist government, closely aligned with the national elites and anti-feminist evangelic conservatives. Evangelic conservatives have perhaps played the most significant role in constituting a muscular matrix through mass propagandist tactics which were clearly practiced during the election campaign of Bolsonaro.

The empirical extent of Evangelic electoral edifice is shown by the bancada evangélica or the Evangelical Caucus which is a loose network of Evangelical lawmakers with whom Bolsonaro consistently colludes to promote the collective aim of extirpating a “dangerous gender politics”. Bolsonaro has also helped to materialize the misogynist demands of this evangelical bloc by abolishing the department of human rights and replacing it with the department of family values. Hegemonic hyper-masculinity under the Bolsonarian regime has also been diffused through a pro-armament stance which aims to symbolically suture the cultural disempowerment of Brazilian men by undermining gun laws and providing them an illusory empowerment through a culture of violence.

The present conjunctural conditions signify that Brazil is experiencing the onslaught of a male chauvinist radicalized right which is single-minded about eliminating the presence of gender resistance. In a situation like this, the Brazilian people have to re-visit their feminist history of the leftist era to retrieve the lost utopia of socio-political justice. This can be done by examining the feminist policies of the PT government and using it as a guide to forge a broad-based anti-fascist leftist alliance which can adequately highlight the demands of Brazilian women and challenge the far-right machismo.

When Lula da Silva’s Worker’s Party came to power in 2003 after 4 consecutive defeats, it officially institutionalized feminist policies by establishing the Special Secretariat of Policies for Women (SPM). Along with this, the experiments of the PT government with participatory democracy ensured that several public spaces were available for a deliberative exchange between the civil society and the state. This is evidenced by the four National Conferences on Public Policy for Women that occurred in 2004, 2007, 2011 and 2016. These conferences facilitated a constructive dialogue between myriad women from different regions and helped to build the three National Plans of Policies for Women which reflected the direct concerns of feminists.

The interaction between the state and feminist organizations generated a women’s political culture deeply rooted in issues of capitalism and redistributive justice. This helped the Brazilian feminist movement to produce a stable framework of articulating demands which coherently combined politics of recognition with politics of redistribution. The redistributive dimension of Brazilian feminist politics is indicated by the Constitutional Amendment 72 of June 2015, which provided formal labor rights to domestic workers. This was considered a highly progressive policy because Brazil has the highest number of domestic workers in the world at 7.2 million and 93% of them are women. By extending the legal framework to include these women domestic workers, the Brazilian state clearly demonstrated its commitment to a redistributive feminist programme.

The recognitive or cultural dimension of Brazil’s feminist paradigm is shown by its efforts to construct an inclusive architecture for racially discriminated women. These programmes were formulated in the form of affirmative policies for the Black population which could also help the women within those communities to eliminate the prevalent structure of cultural misrecognition. In 1982, the Worker’s Party set up the PT’s Sao Paulo Black Committee which aimed at ending the intersectional discrimination suffered by black people. Later on, these racial-class issues were intensively debated upon by the Worker’s Party which led to the formation PT’s Black’s National Sub-secretariat in 1988 and the National Secretariat for the Fight against Racism in 1995. Political representation of racial issues was explicitly done by Lula da Silva in his 2002 electoral campaign where he proposed a “Brazil without Racism” governmental programme.

All these multiple programmes were concretized in various forms after the election of Lula in 2003. On March 21, 2003, the Special Bureau for Policies promoting Racial Equality (SEPPIR) was established. Along with this, the National Policy for the Promotion of Racial Equality and the National Council for the Promotion of Policies of Racial Equality were also set up for organizing national conferences on racial-economic issues. The result of all this was a slew of laws which improved the conditions of Brazilian Black people and women by providing students from these groups with scholarships or by making compulsory the teaching of Afro-Brazilian history in school. In this way, a politics of recognition was carefully crafted which culturally crystallized the demands of Black women.

With the strengthening and valorization of Jair Bolsonaro on the Brazilian electoral territory, there has been a massive decline in social expenditure. This has meant a concomitant worsening of women’s situation through reductions in educational, health, and occupational investments. Neoliberal re-organization of Brazil has heralded a new age of austerity wherein, the Worker’s Party achievements are being squelched under the jackboot of crude capitalism. But these changes have not gone unquestioned and several women’s protests in different Brazilian cities like Brasilia and Sao Paulo and the “Not Him” protests during Bolsonaro’s presidential campaign have made it clear that dictators like Jair Bolsonaro are not passively supported by the people. To further organize these sporadic protests, left-wing alliances have to be made and the diverse anti-patriarchal paradigms of Brazil’s social democratic age have to be revived.