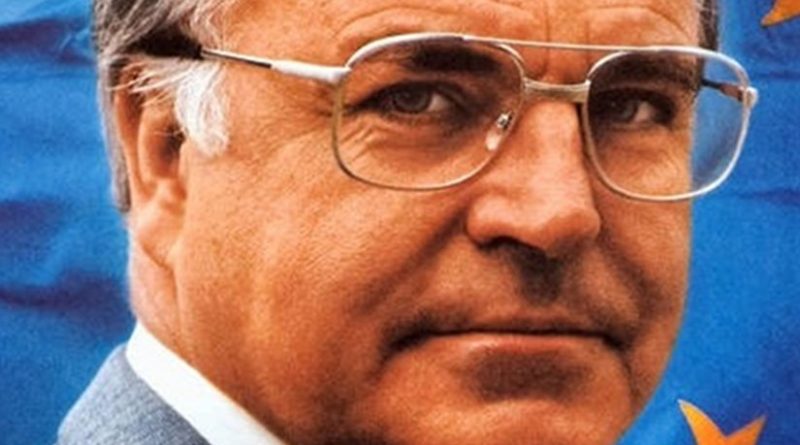 Bild reported in its online edition that Kohl died in the morning in his home in Ludwigshafen, in western Germany.

“We mourn,” Kohl’s Christian Democratic Union party (CDU) tweeted with a picture of the former chancellor.

European Commission President Jean-Claude Juncker wrote on Twitter, “Helmut’s death hurts me deeply. My mentor, my friend, the very essence of Europe, he will be greatly, greatly missed.”

“I hope we have the same courage, patience and determination to address the challenges facing Europe as steadfastly as Helmut Kohl did,” Juncker said in a statement.

Flags outside the Berlaymont, the headquarters of the European Commission, were lowered to half-mast shortly after news of Kohl’s death broke on Friday afternoon.

“Without Helmut Kohl there would be no euro,” Juncker said.

Germany’s longest serving post-war chancellor from 1982 to 1998, Kohl was a driving force behind the introduction of the euro currency, convincing skeptical Germans to give up their cherished Deutsche Mark.

An imposing figure who formed a close relationship with French President Francois Mitterrand in pushing for closer European integration, Kohl had been frail and wheelchair-bound since suffering a bad fall in 2008.

At home, he is celebrated above all as the father of German reunification, which he achieved after the 1989 fall of the Berlin Wall despite resistance from partners such as British Prime Minister Margaret Thatcher and Soviet leader Mikhail Gorbachev.

He won voters in communist East Germany by promising them “flourishing landscapes”.

Former US President George H.W. Bush said in a statement that working with Kohl “to achieve a peaceful end to the Cold War and the unification of Germany within NATO will remain one of the great joys of my life.”

Shortly after leaving office, Kohl’s reputation was tarnished by a financing scandal in his centre-right party, the Christian Democratic Union (CDU), now led by Chancellor Angela Merkel. Kohl mentored Merkel early in her career, appointing her to her first ministerial post.