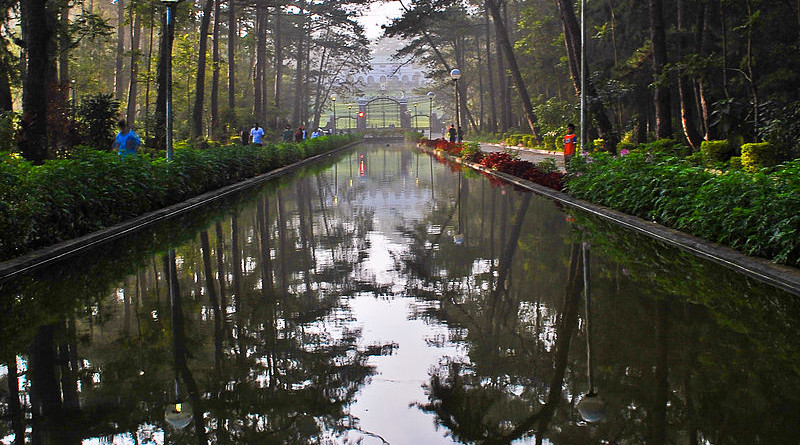 Residents and non-residents alike of the Philippine City of Baguio, numbering more than twenty thousand, are petitioning the City Mayor Benjamin Magalong to stop immediately the cutting of some 53 fully grown Benguet pine trees in this city. This comes as continuous cutting of pine trees show no abatement in the city dubbed as the City of Pines, because of pine trees.

Baguio City, measuring sixty seven square kilometers, is known as the Summer Capital of the Philippines because of it’s cool climate brought about by the pine trees.

Today however, the city experiencing warm climate due to the disapperance of thousands of pine trees since 1950 caused by deforestation as commercial buildings and residential houses are taking over one’s forests stands. The cutting of fifty three pine trees is angering many people in Baguio who are demanding from their leaders to finally end the cutting of pine trees.

We are appealing to you because we know you also recognize the importance of trees in our beloved city and also because the company has already acquired a tree-cutting permit from DENR.

We hope you will act on this.”

Last year, a similar petition was sent to Pres. Rodrigo Duterte signed by more than twenty five thousand people requesting the President to stop the issuance of tree-cutting permits in the City of Baguio by the Department of Environment and Natural Resources.

This time around, the fifty three trees that will be cut will give way to the establishment of Vista Residences, allegdly owned by the powerful Villar family, one of which sits as a Philippine Senator.

Nine years ago, residents were also up in arms due to the cutting of one hundred eighty two trees by a giant supermart in the city.

So What Do the Pine Trees Do?

On the surface, what most people see is the economic side of pine trees — lumber for housing, furniture and buildings. Very few are aware of the ecological, social, medical and cultural contributions of pine trees.

Third, the pine trees prevent soil erosion and landslides in the region, serving as the main soil cover thereby protecting soil loss. The Cordillera region looses some 100,000 tons of topsoil every year, without the pine trees soil loss would be worse affecting adversely agriculture, settlements, properties and lives.

Fourth, pine trees lower temperature. When Baguio had more pine trees, the city was cooler; it deserved to be called the “City of Pines”.

Today, the city is not only warm, congested and dirty but also dubbed by the World Bank as having one of the cities in the world with the “dirtiest air” as thousands of trees were allowed by the city government to be cut to give way to commercial and residential buildings, roads, tourism and hotels.

Urban Island phenomenon is the heat transferred from cities via highway and roads to outlying communities. Pine tree reduce this, as well as lessen building energy use by lowering temperatures and shading buildings during the summer, and blocking winds during rainy season. When building energy use is lowered, pollutant emissions from power plants are also lowered.

Pine trees are called pine trees basically because the contains the rare and highly expensive Alpha e-pinene chemical content that the tree treasures. E-pinene  contains an important hydro-carbon alkane, the chemical used for lighting and cooking in high altitudes and also ingredient for pharmaceuticals and chemical necessities.