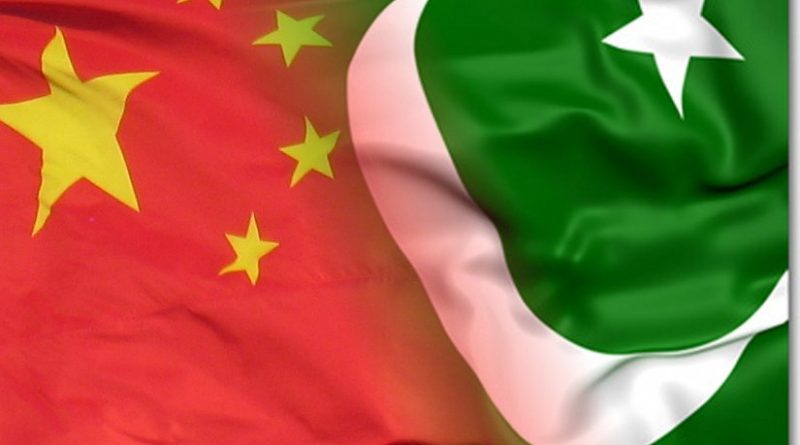 The attack by Chinese Uighur separatists on July 30 and 31 in Kashgar, Xinjiang, added another dimension to the Pakistan-Afghanistan terrorist challenge, the impact of which will be felt in the Afghan peace and reconciliation process one way or the other.

The Uighurs, who are Muslims and of Turkic origin, were the main inhabitants of China’s South Western Xinjiang-Uighur Autonomous Region. Once the majority of this region, they are being reduced to a minority through officially sponsored Han Chinese settlement. Discriminated in almost every manner by the Chinese Communist Party (CCP) and the Chinese government, the Uighurs resorted to militant activities to press for independence or, at least, autonomy.

The Uighur militancy has been on for decades ruthlessly put down by the Chinese security force. What is very relevant in the current context of terrorism is the transformation of this militancy from Kemal Ataturk’s philosophy of separation of politics from religion, to religion as the base of militancy and independence movement. In the 1980s the movement got engulfed by Islamists, especially the Wahabi variety, funded through a circuitous route by Saudi Arabian NGOs. Several Uighur separatist organizations were formed, but the one that is the core and has been banned is the East Turkistan Islamic (originally independence) Movement (ETIM). Members of the ETIM went to Pakistan and Afghanistan for indoctrinations and arms training, and fought in the Afghan war against the Soviet occupation along with the Taliban, and the Pakistani forces under the Pakistani Inter-Services Intelligence (ISI).

That connection remains today, and Uighur separatist fighters still remain in camps run by Pakistani and Afghan militants in the Pak-Afghan border region. When Pakistani Prime Minister Benazir Bhutto visited China in 1992, Chinese Primer Li Peng told her flatly that they knew Uighur separatists were being sheltered and trained in Pakistan by Islamic groups and the ISI, but they were also aware that Ms. Bhutto could not do anything about.

China embarked on its own strategy to counter Uighur terrorists in Pakistan by reaching out to Pakistani Islamic organizations and political parties. That does not appear to have delivered the desired results.

The importance of the July 30 & 31 militancy lies in the fact that this time it was not only Uighurs who were involved but also foreigners. This has changed China’s threat perception, especially when the Al Qaida’s top ideologue Mohammad Abu Bakr issued a call to attack Chinese interests following the 2009 Urumgi riots when mostly Han Chinese were killed but a number of Uighurs were executed by the Chinese authorities.

Till now, the Chinese had maintained a wait and watch policy on the war on Afghanistan, but were also not comfortable with the Pakistan army / ISI use of certain militant groups. Foreign militants, most probably Al Qaida fighters, entering China to assist the Uighur militants has much wider implications for the Chinese. There are around six million Uighurs in China’s bordering and neighbouring countries like Kazakhstan and Uzbekistan who are sympathetic to their compatriots inside China and have in the past, helped them. Beijing has controlled them by putting enormous pressure on the Kazakh and Uzbek governments. But this is not a water proof insurance. Worse, these foreign fighter in Pakistan and Afghanistan can join the Uighurs in China’s western borders. The Islamic movement of Uzbakistan (IMU), which threatens central Asia and Russia, and have camps in Afghanistan with the Taliban, remain a serious potential threat.

Beijing appears to have realized that appeasing Pakistani Islamic organizations was not working, and Xinjiang could be infested with Islamic militancy sooner than later. Chinese president Hu Jintao calling Pak president Asif Ali Zardari on July 31, and despatch of ISI chief Lt. Gen Ahmed Shuja Pasha to Beijing the next day, is revealing. They suspect the Islamic hardliners inside the ISI are playing against China. That may be the reason the Chinese authorities officially declared that the Uighur separatists were being trained in camps in Pakistan and Afghanistan. That is, they were being hosted and trained by militant/terrorist organizations controlled by the ISI.

That may be the reason why ISI chief Lt. Gen. Ahmed Shuja Pasha was immediately despatched to Beijing. Although it was a secret visit, it is not only the Pakistani media but also the official Chinese media disclosed the fact. The Pakistani military establishment would not have missed the message from Beijing. On his return, Shuja Pasha would have briefed the corps commanders the hard knock he received on his knuckles.

To make it clear when we talk of the Pakistani government in terms of policies what is meant is the Pakistani General Headquarters (GHQ) including the ISI, and not the puppet civilian government led by the Pakistan People’s Party (PPP).

Hence, when some leading Pakistani dailies cautioned the authorities not to play the “double game” with China on terrorism that they have been playing with the USA, the message was addressed to the GHQ. These highly intellectual and astute journalists and commentators have for some time become openly critical of Pakistan’s foreign policies on terrorism, Afghanistan and India. Some of the writings including a recent talk by the highly respected air Marshal (Rtd) Ashgar Khan, have burned holes in Pakistan’s claim on Kashmir. They have a reason to do this. Pakistan is sinking in the bizzaire hubris of the GHQ.

When the military runs foreign policy, like in elementary geometry theorems, the Quad Erat Demonstradum (QED) is capital “DISASTER”. That is why these same milieu of writers also warned the GHQ not to lean too much on China or try to form a unified front with China against the US.

The Pak military has not, in any way, reviewed the use of the Taliban and other militant groups like the Haqqani chique on its strategic depth quest in Afghanistan. The discovery of Al Qaida chief Ossama bin laden in the garrison town of Abbottobad gave away their game to trying to convince the US that they were intent upon driving out the Al Qaida. This has not been missed on China.

The GHQ does not have the intellect to understand that China has much larger interests with the US than to join hands against the US. They certainly have high interest in Pakistan because of its geographic location and countering India, but the ancient civilization with as ancient war strategy knows how to change with time. They also know that the GHQ will remain satisfied as long as China assists them militarily against India. But their own interests are supreme. But for financial bailout, it is not China but the US which holds the string.

For China, a terrorist embroiled Afghanistan and Pakistan is a greater security threat than US presence in Afghanistan. They are quite aware that unlike US support to the Dalai Lama for an agreed autonomy for Tibet under Chinese sovereignty, Washington will keep miles away from using Islamic terrorists. Therefore, Uighur militants enmeshed with Pak-Afghani Islamic terrorists, US support is most unlikely.

Till now, China has remained in the prephery of Afghanistan focussing on natural resources and providing some aid around half a billion dollars. A stable Afghanistan is to China’s interest and they are likely to join the other of the same mind, incrementally. The US plan to formulate a plan in December in Berlin to gather Afghanistan’s neighbours to rebuild the country could be a way forward. China’s role have would be important.

China would remember, or they reminiscence after 9/11, that Pakistan had misled them on the Taliban and the Al Qaida. It would not be surprising if China presses Pakistan to allow placement of its troops in Pakistan’s terrorist havens. This is a dimension that needs consideration.