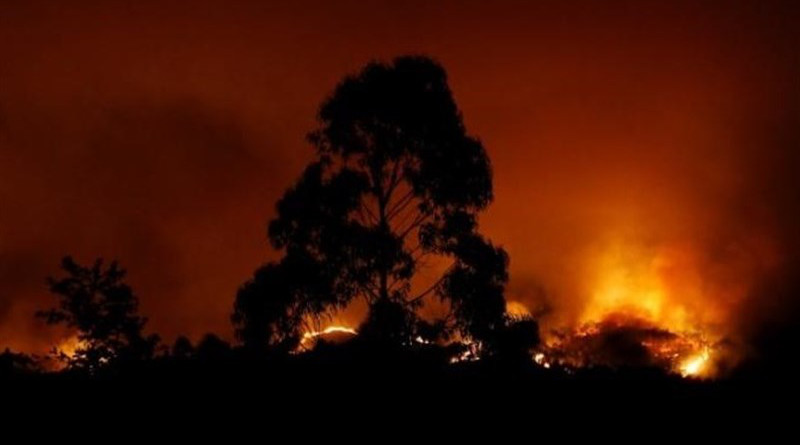 By Wendy B. Miles

Indonesia’s massive peatland fires have exposed millions of people in Southeast Asia to toxic haze and have made the nation one of the world’s largest emitters of greenhouse gases. In response to these and similar environmental disasters, the United Nations Framework Convention on Climate Change (UNFCCC) launched the Reducing Emissions from Deforestation and Forest Degradation (REDD+) initiative, envisioned as a mechanism for high carbon-emitting countries and companies to pay rainforest-rich nations and communities to conserve forests. A pilot REDD+ project initiated by the Indonesia-Australia Forest Carbon Partnership illustrates some of the challenges these efforts experience on the ground.

In the late 1990s, President Suharto introduced a “Mega Rice Project” that aimed to convert one million hectares of peat swamp and rainforest into rice paddies. Trees were removed, and more than 4,000 kilometers of irrigation canals were constructed. Industrial-scale deforestation and drainage, combined with the exceptionally long dry season associated with the 1997–1998 El Niño, resulted in massive forest fires. The fires coincided with the Asian financial crisis and the fall of the Suharto regime, and the project was abandoned.

Next, from 2006 to 2008, the Central Kalimantan Peatland Project (CKPP) was introduced to prevent fires, rehabilitate the peatlands, and provide income-earning opportunities to the villages located in the former Mega Rice Project. According to villagers, the CKPP did no harm but had no sustainable impact, either on local livelihoods or the environment.

The project area has a population of about 9,000 people, living along the banks of the Kapuas River. Most earn their living by rubber-tapping, small-scale agriculture, fishing, and harvesting rattan and other non-timber forest products. An estimated 38 percent live below the poverty line. KFCP’s goal was to demonstrate a credible, equitable, and effective approach to implementing REDD+ in order to inform what would become the Paris Agreement and support Indonesia’s meaningful participation in international carbon markets.

If the project was to show measurable reductions in carbon emissions, the canals that ran through the peat dome would have to be blocked, the area reflooded, and vegetation planted to maintain soil moisture. This would require an enormous amount of physical labor.

To recruit a work force, KFCP guaranteed job opportunities to collect tree seedlings, manage seedling nurseries, and plant saplings on the degraded peatlands. The project allotted one position to every local household, and families could decide who would receive the employment.

Past cycles of hope and disappointment associated with previous development projects understandably eroded the local villagers’ trust in new interventions. They faced a predicament—their land tenure was insecure, they needed additional revenue sources, and they did not have the resources to rehabilitate the landscape lost during the Mega Rice Project and subsequent fires.

Community members also knew that if the project succeeded and the value of carbon increased, their rights to both the carbon and the land that stored it might be usurped by more powerful interests. As a result, many said that they did not want the pilot project on their land near the village—they wanted it in the deep peat away from the village.

Rather than sending their most able-bodied family members to work on the project, households often gave this work to members who were unemployed (e.g., the widowed grandmother or the unemployed brother-in-law) to complement their more reliable sources of livelihood. Of the new income-earning opportunities, tending the plant nurseries was the most popular, especially among young mothers who enjoyed working with their children in tow.

All too aware of the dangers of uncontrolled fires, some community members were frustrated with KFCP’s emphasis on awareness-raising campaigns. Rather, they wanted more support to learn forestry-management skills, including training and tools for early fire prevention and the formation of local fire brigades so that when fires did occur they would be ready to take action.

Another concern was the potential incursion of oil-palm plantations owned by powerful companies. Village leaders saw the project as a potential buffer against this threat—at least temporarily. However, community members expressed doubt about KFCP’s long-term commitment, in part because past interventions had failed to follow through. Given this skepticism, people consistently prioritized their long-term livelihood practices over REDD+ opportunities.

Despite the efforts of all those involved in the KFCP project in Indonesia, its fate was largely determined by the Australian government. Delays in project implementation, policy reversals, and a lack of ownership of project outcomes in Australia, combined with the slow progress of UNFCCC negotiations, all contributed to the project’s closure in 2014.

The project ended before the network of canals built under the Mega Rice Project could be blocked and the peatlands reflooded. With the strong El Niño in 2015 came a prolonged dry season, and fires burned uncontrollably across Indonesia’s peatlands. Greenhouse gas emissions skyrocketed, and air pollution in the provincial capital reached five times the level considered hazardous to human health. As some had feared, two oil-palm companies made claims to village customary lands after the project closed and began planting oil-palm saplings.

The KFCP project was one of the first REDD+ initiatives to take on the challenge of local implementation. KFCP brought in new income sources for community members and provided a buffer from encroachment by well-connected oil-palm companies.

In a region where locals have weak tenure rights and the pressure to expand oil-palm plantations is high, the project offered an option that could have generated additional income for local people, strengthened their tenure rights, and reduced global greenhouse gas emissions from Indonesia’s peatland fires. When Australia withdrew funding and the project closed, local communities found themselves, yet again, “guinea pigs” for an external intervention that was ultimately accountable to outside interests.

Looking to the future, if forest loss and carbon emissions are to be addressed in Kalimantan, it will require sustained funding streams for peatland rehabilitation, fire prevention, and improved forest governance. If the international community wants to work with local groups to make a lasting impact, the priority must be on local benefit flows that are culturally appropriate and socially just, and engagement must be built upon long-term commitment, transparency, and trust.

*About the author: Wendy B. Miles is a Research Fellow at the East-West Center.