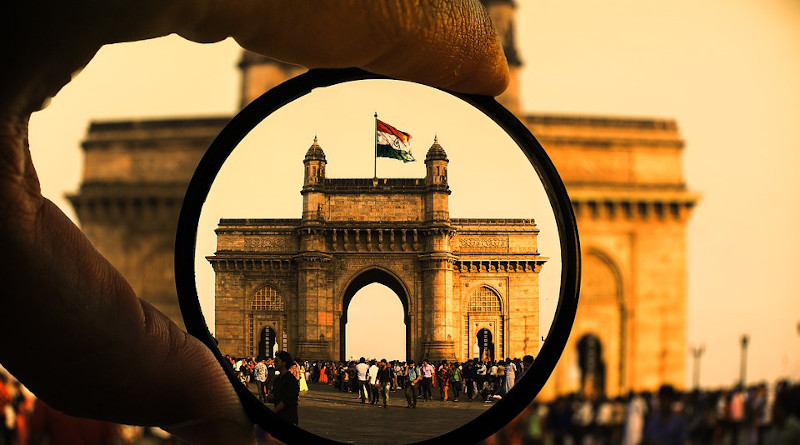 India is reeling under a climate crisis is an irrefutable fact, and India needs a long term strategy to move towards a low-carbon, resilient, regenerative economy. And when climate change induced consequences manifest, it is no accident that they (like other crisis) are disproportionately felt by the most vulnerable nations and peoples. The carbon intensive economy amplifies social and economic inequities, and creates systems that are fundamentally incompatible with a stable, and resilient future.

The Economic Case for Low-carbon Development

India has been reeling under the weight of climate change induced economic injustice for half a century now. A Stanford University study published in Proceedings of the National Academy of Sciences highlights that India’s economy is already 31 percent smaller than it would have been without climate change. The World Bank calculates climate change will affect nearly 3 per cent off India’s GDP and depress living standards of nearly half its population by 2050. The UN Office for Disaster Risk Reduction estimates in its report India’s suffered $79.5 billion in economic losses in 19 years due to climate-change disasters. Not just disasters, climate change is leading to long term weather aberrations. The India Meteorological Department (IMD) says extreme weather events are increasing in both frequency and intensity. As per the IMD data average temperatures have increased by 0.6 degrees Celsius (° C) in last two decades, leading to warmer oceans, increased events of cyclones, and intense rainfall patterns. The changing weather patterns are having their impact felt on social and economic systems too; especially on a multi-dimensional impact on rural poverty.

There is enough evidence available to demonstrate that pursuing low carbon growth unlocks lasting economic and social benefits. The 2018 Report of the Global Commission on the Economy and Climate puts forth bold climate action could deliver at least $26 trillion in net global economic benefits by 2030. This will also include 65 million jobs globally. India’s transition needs to stand at US$ 2.3 trillion in climate action through 2030.

With a lot of history of inaction, India has to move towards framing a comprehensive policy frame to ingrain the philosophy of sustainable growth, low carbon and climate-resilient economic models, and design the financial pathways to achieve outcomes.

The fundamental aspect of this transformation will be incubating a practically feasible operational framework to sustainability – a paradigm calling for convergence of three giant issues – economic stability, social equity and environmental responsibility. Such a transformation, apart from political long-sightedness, will require long term financial investments. Such a transformation of India’s economy will need a mixture of local resources raised through carbon cess and user charges, successful relocation of funds like from pension funds and insurance into green equities and bonds, creating green financial instruments through carbon bonds and debt instruments, and opening up international green capital market. The financial sector will require a fundamental shift in the way it organises itself to integrate carbon risks comprehensively and allocate capital effectively.

A comprehensive financial policy will depend on the preparedness levels of different sectors, and deployment of the right mix of capital instruments. India will need to reorganize the carbon pricing regime, and increase appetite for climate risk disclosure for major investors and companies. There are many global lessons on successful carbon pricing and subsidy reforms to learn, adopt, and design from to address industry’s concerns about potential distributional and competitiveness impacts.

In lieu of the same, India will need to develop a future-looking green finance strategy to widen the green bonds and green finance market. Though, India has become the second-largest market globally for green bonds with $10.3 billion worth of transactions in the first half of 2019, second only to China, it is only 1/10th of size of China’s market. Last five years or so have seen a series of incentives being discussed and tabled to deepen the green finance markets in India, with little to no attendant policy action. Instance in 2015, Indian Banking Association in 2015, developed the ‘Responsible Finance Guidelines’, which soon  after went into cold storage. The agenda for structured green and responsible finance in the country, has still not been articulately put.

To mitigate climate induced risks, the central bank may begin to incorporate environmental factors into its prudential policies, requiring climate-related disclosures by banks, calibrating requirements on the basis of green assets, starting to invest in green assets, and providing liquidity to banks investing in sustainable projects.

Misplaced priorities and the old war with environment

But even as climate breakdown looms around the corner, the pressure to return to the old carbon-based economy is real – and all the more dangerous, given the fundamental instability of our economy rooted in injustice. Under the “AtmaNirbhar Bharat” (self-reliant India) initiative, in a bid to reduce costly imports, 40 new coalfields in some of India’s most ecologically sensitive forests are to be opened up for commercial mining. This is when, India is the world’s cheapest producer of solar power and the cost of constructing a new solar plant is 14% less than that of a building a new coal plant. As per the report by Council on Energy, Environment and Water (CEEW), with proper investment, the solar energy industry could generate as many as 1.6m jobs in India by 2022, far more than would be generated by domestic coal.

Environmentalists have also expressed concern on environment ministry’s expert panels racing to clear projects, which may have nefarious impact on the environment, and diluting environmental laws. Over 190 such projects were granted clearances by the Expert Appraisal Committees (EAC) of the Ministry of Environment, Forest and Climate Change (MoEFCC), during April and May, over video conferences, with some projects discussed for less than 10 minutes. India is taking step backwards with its unclear stance on environment protection, curbing dissent, and rendering bodies like the National Green Tribunal (NGT) powerless.

For a country destined to be most affected by the climate crisis and ranking among the lowest in Environmental Protection Index (EPI), India needs to begin charting a pathway towards economic recovery while building a fairer, and more sustainable world in the process. For India it would mean rapid technological innovation, responsible finance, moving away from fossil fuel to renewable sources, sustainable infrastructure investment, increased resource productivity, and building political power to advocate for a fairer economic system, and build greater international cooperation.

When Europe is unveiling a at least €1 trillion of sustainable investments over the next decade for its European Green Deal, Australia is mulling on energy reforms, and US Democrat Presidential candidate Biden has unveiled a green deal which promises investments of $2tn climate plan, India needs to  develop a comprehensive strategy and an integrated policy approach that aligns India’s long-term needs of the economy while incorporating environmental risks. Fact is India does not have many options, in a state of climate crisis, it must build a green future or perish.

*Aakash Mehrotra is a novelist, blogger, and an international development consultant. He works in South Asia and African markets

Home » In A State Of Climate Crisis, India Must Build A Green Future Or Perish – OpEd