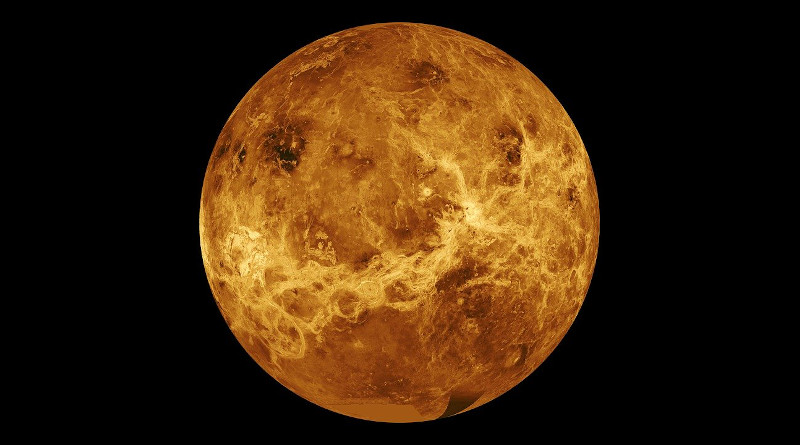 The Indian Space Research Organisation’s (ISRO) recently announced intention to visit the planet Venus – the third celestial destination for India after the Moon and Mars – is a significant academic pursuit. But can New Delhi use this opportunity to develop cutting-edge trans-disciplinary technologies and advance its space diplomacy?

Several robotic space missions are on the anvil in the decade of the 2020s. The National Aeronautics and Space Administration (NASA) is likely to reexamine two Venus mission proposals – an atmosphere probe, named Davinci, and an orbiter with a radar payload, called Veritas – which it had initially rejected earlier this year. The Russian space agency, Roscosmos, is considering a proposal to revisit Venus with a new mission, Venera-D, which too will carry a radar payload. The Indian Space Research Organisation (ISRO) could also orbit around Venus around the same time, its first visit to the planet[1].

What has occasioned all this academic curiosity in a planet that is plain inhospitable – its atmosphere consists of sulfuric acid, and a shroud of heavy metal frost, with average surface temperatures reaching as high as 460 degrees Celsius[2], the hottest in the solar system. Recent studies suggest that once upon a time, Venus had oceans and balmy temperatures[3]: scientists are keen to find out how this changed.

The space race has its own reasons and offers immediate scope for one-upmanship[4], but the interest in Venus holds implications for a wide range of high-technologies.

Most missions to Venus so far have fallen short of success because the technologies in use lacked the ability to penetrate the planet’s extremely thick and opaque atmosphere and map its surface. For example, in the 1960s, only the military establishments of the U.S. and Soviet Union owned satellite-based, visually penetrating geospatial intelligence (GEOINT) technology. The space-defense industrial complex of these two nations undertook to rapidly incorporate this technology for use in military reconnaissance and thereafter transfer some of it to civilian space agencies.

In 1964, Washington’s National Reconnaissance Office (NRO), an agency within the U.S. Department of Defense, launched the world’s first radar satellite, OPS 3762, also known as Quill, which could observe the Earth’s surface at night through clouds and atmospheric obscurations[5]. The success of Quill yielded to the NRO the highly classified ground-penetrating Lacrosse series of radar GEOINT satellites (1988), whose presence was kept clandestine for decades.

Moscow was not far behind in this either. Since the 1960s, its NII-17 design bureau was developing high-resolution radars for the nuclear-powered Radar Ocean Reconnaissance Satellite (RORSAT) series of GEOINT satellites, which could identify small destroyers and cruisers under favourable weather conditions, and large aircraft carriers in inclement weather[6].

As for mapping the surface of Venus, nobody could attempt this until satellite-based radars could be discharged for civilian purposes. Immediately after Quill, Washington’s civilian space agency, NASA, launched the SeaSat satellite (1978) that, for the first time, carried a synthetic aperture radar (SAR), which was able to observe the structure of the Earth’s ocean floor at a very high resolution[7]. The same year NASA carried a surface radar mapper payload on its Venus-bound Pioneer Venus Orbiter (1978). The Russian Venera-15 and Venera-16 (1983) also carried SAR payloads that were able to map Venus’ surface.

Radars have been able to provide a cloud-penetrating view of the surface of Venus. But the major challenge remains an extensive and sustained exploration of the surface by landers and rovers. One major reason for this is silicon’s limitations as a semi conductor. The search is on for suitable alternatives, such as silicon carbide, graphene and silicene, owing to these materials’ ability to operate at higher voltages, frequencies, temperatures, and energy efficiency levels, besides being of lighter mass[8] [9]. The silicon-based electronic circuits of the Venera and Pioneer landers lasted only an hour.

The next-generation Venus landers will be constructed, using more robust high-temperature electronic circuits[10] [11]. Their fitness to operate on Venus could pave the way for their utilisation in other high-temperature and demanding environments, such as very deep-Earth oil and gas exploration, nuclear reactor monitoring, space missions to the Sun, and in lighter and more efficient military electronics.

The ISRO recently invited scientific research and development (R&D) laboratories across India to contribute to a future Venusian Orbiter Mission. It has not chosen the payload for this mission yet, but it must try and accommodate a probe, made of electronics and mechanical components, that will descend through the atmosphere, analysing the chemical composition in real time and also withstand the harsh climatic conditions. India possesses vibrant defense, oil and gas, and civilian-nuclear industrial sectors. The competencies of novel electronics and components, if proved on Venus, can provide a breakthrough for these sectors and India’s greater scientific-industrial complex too.

The ISRO currently has indigenous capabilities as well as international alliances for the R&D of space-based radar technologies. The Radar Imaging Satellite-2 (RISAT-2), jointly operated by it and the Indian Air Force, received an advanced X-band SAR from the Israeli Aerospace Industries.

Aggregating its experience with the RISAT and NISAR, New Delhi must carry a SAR payload for its Venus Orbiter Mission, and future Mars and Moon missions as well. Both Moon and Mars terrain and sub-terrain need radar mapping before India can lead any initiative on human habitation or extraterrestrial resource extraction and utilisation. An apt selection of payloads has the ability to attract the international scientific community, and New Delhi can use this as a means to advance its ‘space diplomacy.’

The exceptionality of each planetary object in the solar system should be taken as a crucible for developing newer types of high-end technologies. New Delhi must create policies that enable this. It must not gratify itself by merely orbiting or landing on a celestial object, using the ‘technology-demonstrator’ and ‘low-cost’ yardsticks to brush the outcomes of a space mission under the carpet. The planetary exploration programme has the potential equally to cater to India’s academic, diplomatic, and strategic interests. New Delhi has not tested it to the fullest.

[4]Missions to Venus galvanised the research and development (R&D) of high-technologies during the Cold War. In the 1950s, military radar technologies were making great forays into the civilian-scientific domain in the fom of a novel technique, called ‘planetary radar astronomy.’ Venus, due to its proximity to the Earth, was the first planet to be located by this technique.

As the Cold War spilled over into the civilian-scientific domain in the form of the Space Race, measuring the precise distance between the Earth and Venus and seeking Venus’ measurements and images became part of its agenda and was practiced through radar astronomy. This ‘Venusian astronomy contest’ resulted in numerous space missions. The first successful space missions to Venus – the Mariner-2 flyby mission of the United States (1962) and Venera-5 atmospheric probe by the Soviet Union (1969) – happened in the course of a decade.