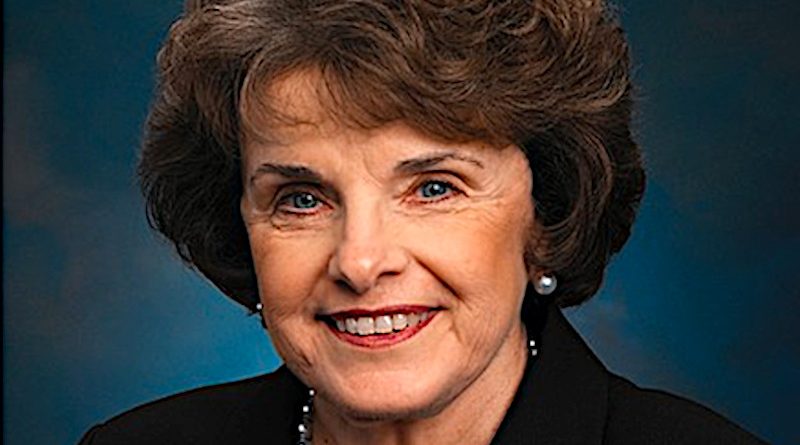 When Sen. Dianne Feinstein made a patently anti-Catholic comment in 2017, saying to circuit-court nominee Amy Coney Barrett, “the dogma lives loudly within you,” I wrote to the senator expressing my concerns. More important, I mobilized thousands of Catholics to email Sen. Charles Grassley, chairman of the Senate Judiciary Committee, about Feinstein’s bigoted remark. Now Feinstein is back in the news with a hot-mic quip about Barrett’s Catholicism.

Speaking about Barrett, Feinstein was caught saying, “She’s been pro-life for a long time. So, I suspect with her, it is deeply personal and comes with her religion.”

Feinstein is now being rapped for making another anti-Catholic remark. She should not be. What she said is not anti-Catholic. But I hasten to add that coming from someone who previously made an anti-Catholic comment about Barrett, Feinstein’s second Catholic moment tells us a lot about who she is.

Feinstein was correct to say Barrett is “pro-life,” which is an accurate way to characterize what is usually understood by those on the other side as “anti-choice.” And, yes, for practicing Catholics, such a conviction—which is also confirmed by science—being pro-life is “deeply personal.” But given what Feinstein previously said about Barrett’s Catholicity, it appears that she is positively awestruck by her sincerity.

Feinstein is not alone. Secularists abound in the media, the arts, the entertainment industry and education. At best, they look at people like Barrett in wonderment, almost as if they are from some other universe; at worst, they hate them. Feinstein falls into the former category.

It is somewhat surprising for Feinstein to be puzzled by a Catholic’s deeply personal faith. After all, she graduated from Convent of the Sacred Heart High School. However, she also attended a Jewish temple—her father was Jewish—and spent time in a Jewish day school. So perhaps she never found anchor in either religion; she is not known to be a practicing member of any faith.

Elites in all walks of life are acutely sensitive to stereotypes, expressing horror whenever generalizations are made about people of color, et al. Moreover, they are constantly urging us to meet people who are different from us so we can understand their point of view. The one exception to this maxim is people of faith, especially Christians. For us, they just stare. That’s if we’re lucky. Others seek to silence us.

Feinstein congratulated Barrett during the hearings for her “impressive” command of the facts. That was kind of her. Now if she could only sit down and spend some time really listening to people like Barrett—getting to know them the way she knows dogmatic secularists—that would make her a better person. Not only that, we would all benefit from that outcome.