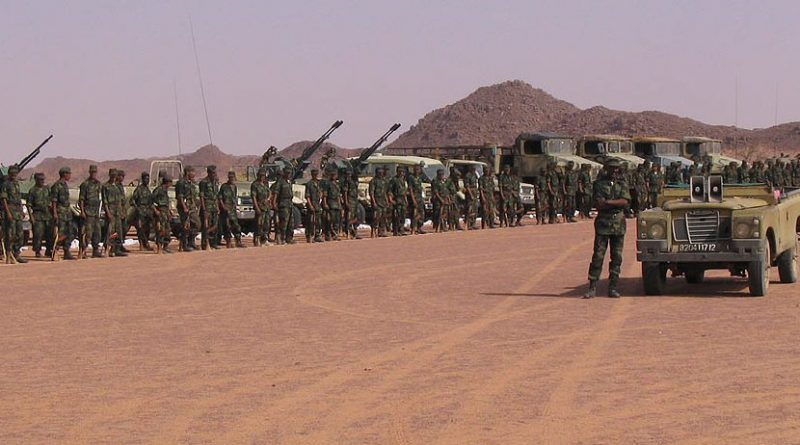 After having witnessed tremendous economic development among the Sahrawi people in Moroccan Sahara, separatist group Polisario Front began to worry and resort to its old violent tactics, which include sporadic attacks, ransacking, installing blockades and spreading terror in recent days.

More than 80 percent of Moroccan Sahara, also known as Western Sahara, is governed by the Kingdom of Morocco, a rising star in North Africa.

“Polisario is desperate to get some attention. Its militias provoked Morocco in the buffer zone of El Guergarate by blocking the movement of people and goods on the highway,” Moroccan Ambassador to Indonesia Ouadia Benabdellah told this writer recently.

The road, which passes through Western Sahara and connects to Mauratania, is vital for Morocco’s trade with African countries

According to the Moroccan Foreign Ministry, Polisario’s armed militia entered the Guergarate area, which is located near the Moroccan-Mauritanian border, on Oct. 20 and started a blockade of people and goods across the border.

Morocco has regularly informed the United Nations about the banditry and roadblocks. The lack of UN response prompted Morocco’s Royal Armed Forces (FAR) to launch an operation on Nov.13 to end the blockade in accordance with its attributions and duties and in full compliance with international legality.

“After having committed itself to the greatest restraint, in the face of provocations from the militias of the Polisario, the Kingdom of Morocco had no other choice but to assume its responsibilities in order to put an end to the deadlock situation generated by these actions and restore free civil and commercial movement,” Moroccan Foreign Ministry said in a statement.

“These documented actions constitute real premeditated acts of destabilization, which alter the status of the area, violate military agreements and represent a real threat to the sustainability of the cease-fire,” the Ministry said.

The intervention, FAR said, was ‘non-offensive’, and no Moroccan soldier was injured in the operation. Polisario did open fire on Moroccan soldiers in Guergarate before fleeing to the Mahbes region, where it launched another attack. The Moroccan army repelled both attacks.

In response to this, Polisario declared on Nov. 14 that the 29 year-old ceasefire between the group and Morocco was no longer valid. The next day, it announced that it would mobilize thousands of volunteers to wage war against Morocco.

“Thousands of volunteers who have completed their training are preparing to head to the militarized regions,” Mohamed Salem Ould Salek, the ‘foreign minister’ of the self-styled Sahrawi Arab Democratic Republic (SADR), told AFP.

But Morocco said that it was fully committed to the 1991 cease-fire, and it had full faith in the United Nations to resolve the Western Sahara issue peacefully. Previously, Morocco offered greater autonomy to the Western Sahara region if Polisario stops its armed struggle and joins the peace process. But Polisario, with instructions from its Algerian masters, rejected Morocco’s plan for autonomy.

On Nov. 15, a group of Polisario members stormed the Moroccan Consulate General in Valencia, Spain, and tried to raise the rebel group’s flag on the Consulate building. Both the Moroccan and Spanish governments condemned the acts of vandalism in Valencia.

One may wonder why Polisario is committing these provocative acts so suddenly.

During the last two decades, Polisario has lost its relevance, international support and popularity among refugees in Tindouf, Algeria. Its military strength is on the decline. Due to low oil prices and a political crisis, its main backer, Algeria, is not in a position to provide funds and weapons as it has in the past. Meanwhile, it had lost Libya’s support a long time ago. Widespread allegations of corruption among top leaders of Polisario have also emerged in recent years, and many countries have been opening their consulates in Moroccan Sahara.

Polisario is facing a big crisis of identity. Among its cadres, many doubt the capability of Polisario’s leaders and the success of the movement. Many refugees have also defected to Morocco.

Polisario is no match for Morocco in terms of economy, military and international support. Big players, like the United States, the European Union, and many Arab and African countries, strongly support Morocco and its greater plan as well as peace intentions.

Polisario is a leftist and radical separatist group, which aims to occupy the entire Western Sahara with the help of Algeria. Strangely, Algeria, which has regional rivalry with Morocco but no claims on Western Sahara, provides funds, weapons and military training to the armed rebels of Polisario.

Since then, Polisario, which was established in May 1973, has been waging a war against Morocco to establish an independent state in Western Sahara with the help of Algeria.

According to many scholars, without Algeria, Polisario is nothing. Algeria provides shelter to the exiled regime of Polisario and a few thousand Sahrawi refugees in its territory called Tindouf in Algeria. The rebel group controls a small land area and percentage of Sahrawi people.

Both Morocco and Polisario signed a cease-fire on Sept. 6, 1991, and the United Nations Mission for the Referendum in Western Sahara (MINURSO)  was created to maintain peace in the region.

Now, Polisario opts for war, a move opposed by the international community, by violating all military agreements and cease-fire. It wants to wage war at the height of the COVID-19 pandemic, which will only bring more suffering to the Sahrawi refugees