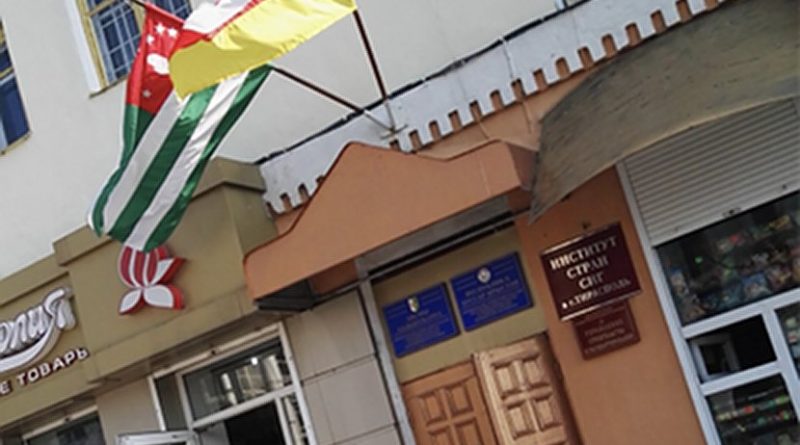 The recent announcement that Transnistria, a separatist region of Moldova, was going to open a diplomatic office in Moscow came as a surprise to Chisinau. The region, which won de-facto independence in 1992, was shunned by the international community and has lived in a state of diplomatic isolation since.

The planned office is a renewed effort by the separatists to engage in diplomatic relations with the recognised world. Initially, the leadership in Tiraspol was treated favourably by the Ukrainian government, with the then de-facto President of Transnistria even being welcomed to Kiev as an official visitor. However, as separatists began to appear in Crimea, relations between Tiraspol and Kiev cooled considerably, and Ukraine began to support Moldova’s territorial integrity.

Diplomatically isolated, the separatist authorities in Tiraspol sought to overcome their isolation, by engaging with Eurasia’s other de-facto states.

Upon winning de-facto independence, the separatist authorities reached out to the newly formed de-facto states of the Caucasus region, as a way to combat their diplomatic isolation.

Transnistria first sought to establish diplomatic relations with Abkhazia following the cessation of violence there and signed a treaty of cooperation and friendship with Sukhumi. In addition to this, Tiraspol also signed a treaty with South Ossetia in 1994. These treaties were similar in tone, calling for closer cooperation in the cultural and economic spheres. Despite being unrecognised, the signatories agreed to abide by the principles of the UN and other leading international organisations.

During the following decade, Transnistria sought to expand its diplomatic activity and signed a treaty with Nagorno-Karabakh (Artsakh). On 4 July 2001, the then so-called Foreign Ministers of Transnistria and Karabakh, Valeriy Liskai and Naira Melkumyan, met in Stepanakert to sign the ‘Protocol on Cooperation and Consultations between the Ministry of Foreign Affairs of the Pridnestrovien Moldavian Republic and the Ministry of Foreign Affairs of the Nagorno-Karabakh Republic’.

The treaty, which was guided by the ‘norms and principals of international law’, did not mention anything about economic cooperation. Instead, it was decided that each de-facto state must establish some form of representation on each other’s territory.

As the name suggests, the Community is designed to emphasise the three regions apparent commitment to democracy. Furthermore, it is also meant to underline their apparent right to self-determination.

The Community, which is sometimes compared to the Common Wealth of Independent States, consists of the four aforementioned unrecognised states. The groups charter, which was initially signed by just Abkhazia, South Ossetia and Transnistria, called for closer cooperation between the three in the economic, political and cultural spheres. In particular, it calls upon one another to help resolve their ongoing conflicts.

Following the signing of the declaration and the creation of the Community, the then leaders of each de-facto republic Igor Smirnov of Transnistria, Sergey Bagapsh of Abkhazia and Eduard Kokoity of South Ossetia, held a press conference in Moscow, where they confirmed their mutual recognition of one another.

Since its creation, the Community has worked together, and mimicked other international organisations. For example, in 2007 the Community decided to send a mission to Nagorno-Karabakh, to monitor the upcoming presidential elections.

The creation of the community paved the way for the first ‘diplomatic missions’ to open in Tiraspol. Following the signing of the charter, it was decided that a ‘Center for Cooperation Between Abkhazia and Transnistria’ would be opened. This lead to both South Ossetia and Abkhazia opening representative offices in Tiraspol in 2008.

Since then, the four regions have established visa free travel and have sought closer cooperation, particularly since the recognition of Kosovo in 2008.

Diplomatic isolation should not be confused with economic isolation. Despite having no diplomatic relations with Transnistria, Western countries have been happy to import steel and other materials from the Metalworks Factory in Rîbniţia and elsewhere.

The de-facto border, drawn in 1992, left Transnistria with most of the republics heavy industry. This meant that its trade diverged from Moldova’s considerably. Whilst Moldova exported agricultural produce to the countries of the CIS, Transnistria exported its goods to the Central and Western Europe, with Italy, Romania and Germany becoming some of Transnistria’s biggest trading partners.

A recent study has suggested that since the signing of the free trade agreement between Moldova and the EU in 2014, Transnistria has began to export even more goods to the Union.

Transnistria’s diplomatic relations with the other de-facto states may seem superficial. All the participants of the Community for Democracy and the Rights of Nations are diplomatically isolated. However, each region likely sees it as an opportunity to highlight their claim to independence, by signing international treaties and establishing monitoring missions.

Only time will tell whether the opening of the diplomatic office in Russia by Transnistrian authorities is a meaningful attempt on the part of Moscow to engage with the region, or some ploy intended to exert pressure on Moldova during the upcoming elections. What is clear however, is that it will likely be viewed as a new chapter in their efforts to establish diplomatic missions abroad by the separatist authorities in Tiraspol.