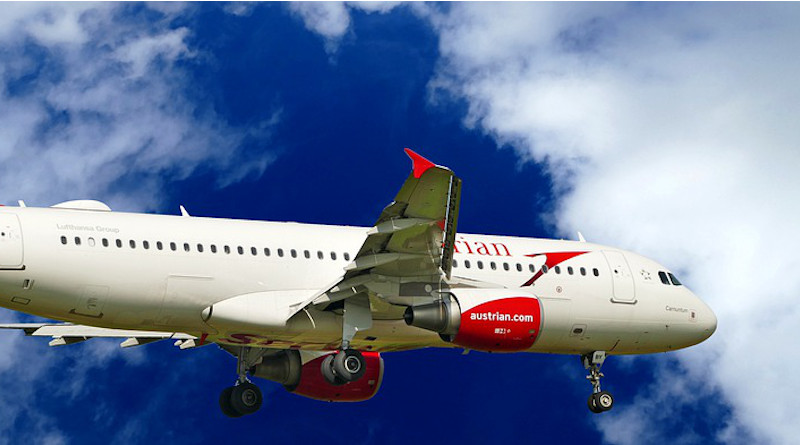 Europe’s airlines are struggling to keep their heads above water, as virus lockdown measures slash demand for air travel. According to the International Air Transport Association’s latest estimates, global losses this year will nearly reach €300 billion.

Carriers are in the process of requesting crucial state aid from their national governments in order to be able to ride out the slump and the hunt for bailouts is now starting to pick up pace.

Yesterday, the Austrian government revealed that talks are ongoing with Germany’s national airline, Lufthansa, on the conditions for a deal to save Austrian Airlines, which has completely ceased flight operations.

The state aid will come with strings attached though, as Minister for Environment Leonore Gewessler told reporters that the money should be used to help hit the sector’s climate targets.

“If we are talking about several hundred million euros in taxpayers’ money, then it is clear that [it] will be linked to conditions,” Gewessler said.

“When it is about an industry that particularly needs to contribute to climate protection, then it makes a lot of sense to use this situation to support this transformation,” the minister, a member of the Green party, added.

It is unclear what specific climate conditions could be written into a bailout deal but options reportedly include a pledge to reduce short-haul flights, increased cooperation with rail companies, heavier use of eco-friendly fuels and bigger tax contributions.

Austria already levies a €12 per passenger charge but fuel remains exempt from taxation, as is the case in the rest of Europe.

The chair of the European Parliament’s transport committee, Karima Delli, noted Austria’s intention to attach green strings to a bailout and urged the French government to do the same with any assistance it grants to national carrier Air France.

Delli’s compatriot on the environment committee, Pascal Canfin, also insisted that cash “must be accompanied by a commitment to define an ecological transition contract for the company because public money must not only be used to save but also to transform.”

State aid interventions have to be approved by the EU’s competition authorities and a new relaxed rulebook is designed to favour such bailouts. Belgium, Denmark, France and Sweden have already got the green light for support schemes worth hundreds of millions of euros.

But transport Commissioner Adina Vălean told EURACTIV in an interview that “raising these [green] conditions now is not necessarily something I would support”, adding that the priority now should be to focus on the virus recovery strategy.

Austrian Minister for the Economy, Margarete Schramboeck, also said yesterday that there is no deadline for an agreement with Lufthansa and that it is not the government’s intention to seek state ownership of the airline at this time.

The ministers did not say how much money is on the negotiating table, although national media have speculated that it will be equivalent to three months operating revenue, which could be between €500m and €800m.

Along with the climate conditions, Vienna is also reportedly seeking job guarantees. All 7,000 of the airline’s employees are currently on severely reduced working hours.

Austrian Airlines was sold by the state to Germany’s flag-carrier in 2009, joining the likes of Brussels Airlines and Swiss as a Lufthansa subsidiary. Talks are also ongoing with the Belgian and Swiss governments on what to do with those companies.

Home » Austrian Airlines Bailout To Be Linked To Climate Targets