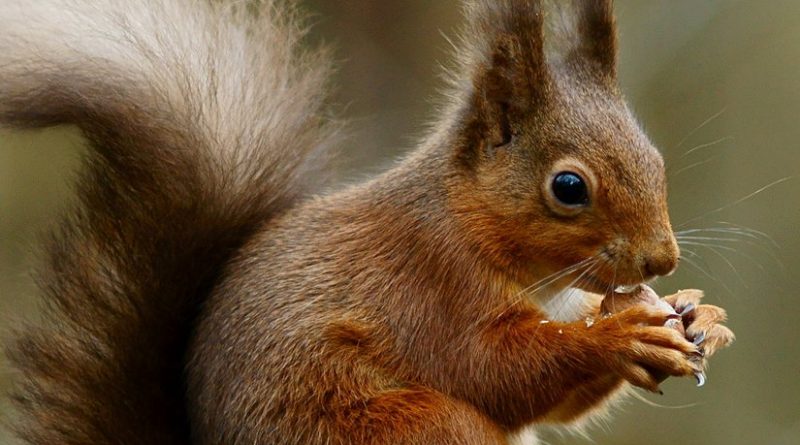 Democratic politicians, aided and abetted by their journalist supporters in publications like the Washington Post, New York Times and at electronic news organizations like CNN, MSNBC and NPR, are playing a dangerous game focusing their anti-Trump “resistance” energies on trying to revivify the moribund Cold War with Russia and China.

You hear almost nothing out of Democratic Party establishment figures about the continuing economic crisis facing most average and poor Americans, who continue to struggle trying to get by on lower paying jobs than what they had before the Great Recession (supposedly ended!), or working at part-time jobs, living from paycheck to paycheck while the rich get richer, and having the traditional tickets out of their family’s predicament — a quality public school education and then college for their kids, a home they can finance and ultimately own, and a secure support system for their parents, and eventually themselves when they reach retirement age — undermined and threatened with death by a thousand cuts — all taken from them.

Instead, they hear how President Trump is in some kind of conspiracy with the evil Russians, who we’re told insidiously helped destroy America’s election system, handing the presidency to Trump instead of Democratic presidential nominee Hillary Clinton.

There are so many things wrong with this picture.

First off, Russia these days, almost three decades after the collapse of the Soviet Union, is not America’s enemy — something that at least half of Americans understand instinctively, including most of those who voted for Trump in November. 86,000 US tourists and business people visited Russia in 2015, part of some 33 million who visited the country from around the globe to make it the ninth-most-visited country in the world.

Forbes magazine, when tensions between the US and Rusia were high amid Democratic Party charges that Russia was trying to throw the election to Trump last August, published an article [1] reporting that billions of investment dollars were flowing from the US into Russia from a Fortune 500 list of America’s biggest firms, including PepsiCo, Procter&Gamble, McDonald’s, Mondelez International, General Motors, Johnson & Johnson as well as resource companies like Cargill, Alcoa, and General Electric.

Russia, let us not forget, has been keeping the primarily US-owned and funded ISS space station staffed with its Soyuz rocket ferries, while the US flounders, trying to find the funding to develop a reliable transport system of its own following the forced retirement of the ill-conceived space shuttle.

Sure Russia has land and submarine-based missiles targeting the US, but remember these are in response to even more US missiles that are targeting Russia (and China), and it has been the US that has been blocking efforts to stand down those missiles, and to renounce the using them in a first strike, and that has been working to install anti-missile batteries on Russia’s western and eastern borders designed to make such a first strike conceivable. And sure Russia re-absorbed Crimea into its borders, taking it back from the one-time Soviet Union province of Ukraine. But remember that move came after a US-sponsored, directed and financed violent coup drove out the elected leader of Ukraine, replacing him with a pro-US government that initiated a violent campaign of harassment of ethnic Russians in the country, and that began making entreaties to join NATO — an organization whose sole purpose, rooted in the old Cold War, has been containing and ultimately destroying Russia.

Democrats are fond of calling Russia “aggressive” and its leader, Vladimir Putin, “a thug”, but remember that Russia only has one overseas military base, and that is the one in Syria, where the country was invited to come to back the existing Syrian government of elected President Bashar Al-Assad. Compare that to the US that has invaded some seven countries in recent years and is involved in undeclared and illegal wars around the world even now, including Syria, and that has some 800 military bases abroad, including in countries bordering Russia to the West, Turkey to the south, and Japan in the East.

Based upon hard evidence, as opposed to speculation and unsupported claims, Russia, far from being aggressive, is trying to develop expanded trade with Europe, to encourage foreign investment inside Russia, and to diversify its economy beyond being just a resource-based raw-materials exporter so as to raise the living standards of its people. It is not seeking to re-establish a zone of occupied countries in eastern Europe, nor is it even trying (as Moscow demonstrated by prematurely withdrawing most of its forces last year) to occupy and create a vassal state in Syria.

Meanwhile, as the Democrats focus on trying to build up Russia as a Cold War 2.0 bogeyman working in league with President Trump and his motley crew of billionaire cabinet officers and feuding advisors, they are both angering Trump supporters — many of them former working class backers of the Democrats — who aren’t falling for it and instead feel Trump is being unfairly labeled as a traitor — and at the same time are failing to reform the party to return it to its former “New Deal” and “Great Society” roots as a champion of the middle class.

Vermont Senator Bernie Sanders, despite the corrupt, focused efforts of Hillary Clinton backers and the Democratic Party establishment to destroy his campaign, came last year within a whisker of defeating Clinton for the presidential nomination. That upstart campaign, and the tens of thousands of people who showed up at his rallies across the country, not to mention the countless “Sanders” placards in normally Republican-leaning states and counties during the primaries, showed that there is a desperate hunger among America’s working families for a party that will stand up for their interests. These would be things that polls consistently show the public wants, like higher taxes on corporations, increased funding and higher benefit levels for Social Security, better funding for Medicare, a single-payer health care system covering all Americans, lower military spending, a break-up of the nation’s big banks, improved infrastructure, reform of labor laws to make it easier to join a union, free public education through four years of college, and yes, serious action to combat climate change, etc.

That’s where Democrats should be focusing their efforts. Those are the issues they should be working hard now at finding convincing congressional candidates to fight for in coming campaigns over the next year and a half to retake the House and Senate.

But it’s not happening. All the action in the Democratic Party is focused, not out in the grass roots, but in Washington, in a losing game of trying to paint President Trump as a pro-Russian puppet, and in a vain effort to get him impeached by a Republican-led House and Senate.

It would be comical except that it’s just sad.

Unwilling to give up their dream of being the party of the “liberal-minded” and liberally cash-dolling corporate elite — the hedge-fund managers on Wall Street and the Silicon Valley entrepreneurs so ready to talk a good game about support for racial equality and transgender rights as long as they can get their carried interest and their low corporate tax rates, Democrats are continuing to turn a blind eye on the desperate need of most Americans who continue to see their incomes stagnate or even shrink, the prospects for their children shrivel, and their health care become ever harder to afford.

The end result is predictable: Democrats will perform miserably in the 2018 off-year elections, losing a chance to at least retake the House from Republicans, and Trump will manage to get re-elected in 2020, probably with continued control of both houses of Congress.

By the time the Trump nightmare is over in 2024, the country, like its by then water-logged coastlines, will be hard to recognize.