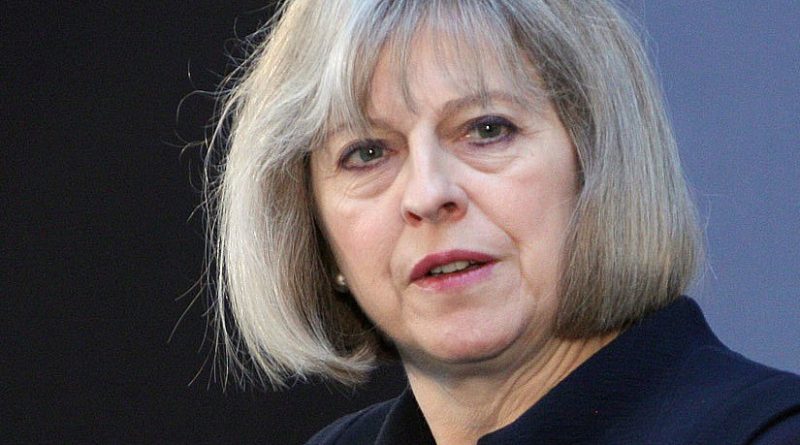 Ever since the Brexit referendum on June 23, 2016, the European Union has been in upheaval. With a British general election slated for June 8, tensions between London and Brussels have been rising as both sides try to push their views on the consequences of Brexit. In a stunning display of unity, the remaining EU member states agreed to adopt the draft guidelines presented by Council President Donald Tusk within 15 minutes. With Europe now unexpectedly united, the UK faces a difficult road ahead.

Given that a key component of Britain’s negotiating strategy entailed exploiting gaps among the remaining members, the EU27 have made it clear the UK will play with a weak negotiating hand. Nowhere has this become more apparent than in the debate over EU and UK citizens living in Britain and Europe, respectively. May has touted the idea of using EU citizens in the UK as a bargaining chip during negotiations, but the European Parliament’s Brexit coordinator Guy Verhofstadt has rejected that idea outright. Verhofstadt even warned that any deal failing to uphold the rights of EU citizens in the UK will be unilaterally blocked by the legislative body.

Especially since the election of France’s fervently pro-European President Macron, cooperation from Brussels to make Brexit “a success” should not be expected. This is not out of pettiness or some European desire to see London suffer, as some Brexiteers have been parroting. In the EU’s highly legalistic decision-making processes, where the letter of the Treaties is scripture, Brussels simply cannot cede ground on certain boundaries – like accepting the free movement of goods without free movement of workers. Essentially, London is uselessly spending political capital trying to make European leaders breach European law.

The distance between Brussels and London became apparent early this month after discussions between May, Jean-Claude Juncker, and Michel Barnier were leaked to the press. The talks concluded with Juncker’s now infamous proclamation that May is living “in a different galaxy.” As expected, Juncker insisted that there was no use in having a first negotiation meeting unless the UK accepts the wording of the treaties – a reference to London’s refusal to pay its €60 billion divorce bill to the European budget and to uphold the integrity of the four freedoms.

Emmanuel Macron’s inauguration has solidified that position still further. The new French president sees Brexit as an affront to European ideals, and has spelled out as his first priority the need to strengthen Paris’ relationship with Berlin. For the foreseeable future, Macron will be most concerned about showing to Merkel that he can bring about much-needed social reforms in France and reinvigorate the Franco-German friendship. Paris will undoubtedly stand firmly alongside Berlin, taking a tough stance emphasizing that Britain cannot have the best of both worlds after the two-year negotiating period lapses.

Aware that the road to Europe is uncertain, the UK has gone looking for new trade partners around the world. Unfortunately for May, it is not only the EU playing hardball: former colonies of the British Empire in India, the Caribbean, Africa, and the Pacific that were central to the Brexit narrative have since displayed lukewarm interest.

While approaching India on trade, May dismissed India’s request to loosen up visa restrictions for Indian visitors and IT professionals, which New Delhi sees as a sine-qua-non condition for a bilateral free trade deal. Similarly, Dr. Patrick Gomes, the leader of the African, Caribbean and Pacific group of nations consisting of 79 member states, also rejected the idea of a speedy free trade agreement. Beyond warning that such a deal would take at least 6 years to introduce, to avoid market volatility, he also criticized Britain’s arrogant approach to what has been dubbed “Empire 2.0.”

Overcoming this seemingly impossible set of obstacles will take more than a stiff upper lip. British political leaders must eventually accept their aggressive approach isn’t doing the economy any favors. Instead, London is in a disadvantageous bargaining position and needs to compromise where possible to maximize trade and minimize post-Brexit losses.

When it comes to figuring out Britain’s post-Brexit future, May and her ministers would have a greater chance of success focusing their attention to countries that actually welcome Britain’s economic and financial clout. Close to the top of that list are the states of the Gulf Cooperation Council or GCC. Not only are those states key security allies, but many members (especially Saudi Arabia) are looking to restructure their economies to reduce their dependence on oil.

Saudi Arabia is already the UK’s biggest trading partner in the Middle East and members like the United Arab Emirates have their own extensive stakes in UK ties, making a broader free trade agreement an attractive proposition on both sides. On a recent visit to Saudi, Theresa May was accompanied by London Stock Exchange head Xavier Rollet, who joined as part of a bid to woo the Saudis to choose the LSE for the forthcoming listing of their $2 trillion oil champion Saudi Aramco.

Buffeted by bad news, it seems the GCC is one of the few areas where the British can make quick headway. A trade deal would cut both ways: London can contribute to Riyadh’s stated goal of increasing the number of women in the workforce, while the falling pound has bolstered investments from GCC members like Qatar. This month, the country announced investments of $6.23bn into the UK within five years. The UAE also pledged to uphold its goal of £25 billion in trade with the UK by 2020, a goal expected to be reached regardless of the outcome of Brexit negotiations.

This is all certainly good news for the Brexit side, but the GCC is a rare bright spot in a complicated international context. When it comes to dealing with the European Union and other trading partners, London would be well advised to show a greater willingness to compromise. Anything else could just amount to missed opportunities.