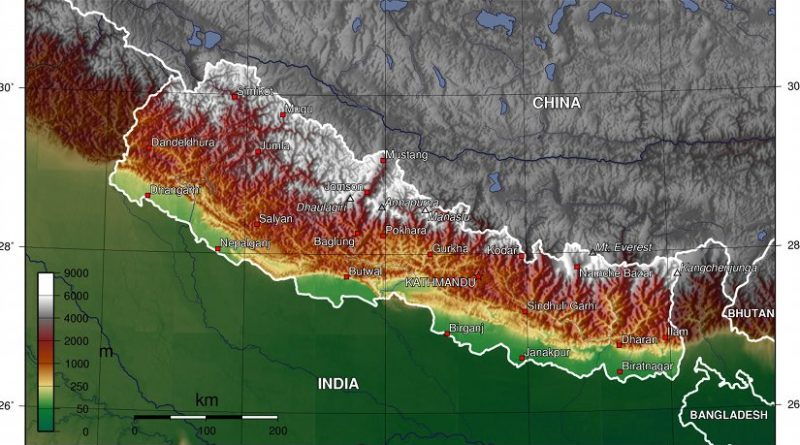 A few months ago, after a long delay, the major political parties in Nepal agreed to table a draft bill to establish a Truth and Reconciliation Commission (TRC). However, since then there has been silence, and still they have failed to punish the perpetrators of 18,000 deaths and hundreds of disappearances. A recent Amnesty International report on Nepal proves those facts and stating: ‘drafting of a bill to create the TRC had yet to be completed and the government had yet to set up a commission to investigate thousands of enforced disappearances by parties to the conflict between 1996 and 2006.’ Why? Are there any bigger values than justice? Indicting those responsible for such heinous crimes against humanity cannot, of course, make restitution to any of their victims, but the very indictment and sentencing of those accused is a minimal act in defence of the universal values of human rights and fundamental freedoms. The pursuit of justice must be seen as an absolute and non-negotiable necessity. It is essential in order to establish the rule of law and to prevent any future cycle of violence.

Before the dissolution of the Constituent Assembly in 27 May, Nepal has witnessed numerous strikes, demonstrations and violence. Such nationwide protests demanding ethnic federalism and opposing it at a time when the country is being restructured can destroy the social harmony that so happily exists between the various communities throughout the country. The national fabric seems to be breaking down and the very foundation of the state is crumbling. Suddenly in some parts of their country, people who have lived side by side in harmony for many years have been incited to hate one another and to regard each other as enemies. Never in history has the country been so divided. Whoever is responsible is playing with fire – and their political leaders seem to be doing nothing about it.

The social divisions in Nepal have widened the rift between the different groups and added fuel to the fire. If this style of social strife continues and repeats again in the future it could promote full-scale inter-ethnic division and incite yet further violence. It could even develop into communal violence for which their society may pay a huge price if they do not act with care now. They need to remind themselves that communal violence between Hutu and Tutsi in the small East African nation of Rwanda developed into the 1994 mass murder of an estimated 800,000 people. The Rwandan genocide lasted a mere 100 days from the assassination of Juvénal Habyarimana and Cyprien Ntaryamira on April 6 through to mid-July. It resulted from the conscious choice of the elite to promote hatred and fear in order to hold on to power. Local officials helped to round up victims and provide suitable places for their slaughter. Tutsi men, women, children and babies were killed in thousands in schools. They were killed also in churches with some of the clergy colluding in the crime. The victims, as they were dying, were shocked to discover that their cold-blooded killers were people whom they knew – their neighbours, their work-mates, their former friends, sometimes even their relatives by marriage.

Let them pray earnestly that they do not have to face that kind of situation in Nepal in the future.

No Escape: Justice Will Triumph in the End

In recent years efforts across the world to hold perpetrators of such atrocities accountable have increasingly succeeded. An International War Crimes Tribunal was set up in Arusha, Tanzania, to try the leaders of the genocide in Rwanda. At this even the former prime minister of Rwanda confessed to genocide and to conspiracy to commit it, and dozens of high-ranking Hutus also were tried and convicted. In Rwanda itself local courts tried several thousand cases, and four hundred death sentences were imposed.

Currently, Ratko Mladic, the former Bosnian Serb military commander is being tried at the International Criminal Tribunal for the Former Yugoslavia, the first such international criminal Tribunal since the Nuremberg hearings against the Nazis after World War II. In The Hague, he faces eleven charges of war crimes and crimes against humanity committed during the Bosnian war of 1992-95. Indicting those responsible for such heinous crimes against humanity cannot, of course, make restitution to any of their victims, but the very indictment and sentencing of those accused is a minimal act in defence of the universal values of human rights and fundamental freedoms. The special Court of Sierra Leone last month convicted Charles Taylor, the former Liberian dictator, of war crimes. The indictment of the former Liberian President alongside prompted immediate discussion about the possible impact such action might have on peace negotiations and on the stability of the regime. However, it went ahead regardless, and Sri Lankan President Mahinda Rajapaksa is another leader who could face trial for possible war crimes in the near future.

It is vital then that Nepali leaders, heads of the armed forces and others bear in mind that there is no easy escape route available to them if they can be shown to be responsible for acts of gross rights violation whether in the past, currently or in the future.

Both politics and justice are in transition in Nepal. In politics they are building – slowly – towards a new constitution. In the field of justice, they have to reconcile the social meaning of their recent conflict, in order to rebuild the present and future for their people. This democratic transition is an exceptional period in the relationship between the armed forces and rebels on the one hand and civil and political society on the other. That relationship could be marred by the judicial processing of gross human rights violation cases in which the armed forces and rebels, together with the leaders who ordered them to act, are charged with being perpetrators of such crimes.

The on-going debates and protests in the name of ethnic federalism indicates that if they are not very careful Nepal may yet be plunged into a worse crisis than even in Rwanda or Yugoslavia. History shows that communal violence is the most costly for any society. No ideology can prevent it. A Newari suddenly becomes a stranger to his Chhetry neighbour. A Tharu community is ready to fight a neighbouring Brahamin community. Even the major political parties and the politicians become divided in this situation. It is not a good sign at all, and it is a war that no one will win at the end of the day.

Nepal has already delayed too long the establishment of the TRC and the consequent punishment of those responsible for ten years of civil conflict. Had they already done this, there would have been a clear lesson for any who might at present wish to incite violence in the country. They may have misread the lessons of history: interest in the pursuit of justice does not necessarily wane with the passage of time. Over the past ten years, there has been a noticeable increase in cases aimed at correcting past injustices. There have been persistent calls for apologies, reparations – indeed, any means of settling accounts for past sufferings. Examples may be found in Peru, South Africa, Argentina, Sierra Leone and Kenya. Justice may have been delayed, but in the end it has triumphed.

Every citizen has the right to freedom of expression and the right to participate in peaceful protest. However, inciting violence that is capable of damaging the social fabric of the nation that causes harm to others, and that leads to mass killings in the future is a crime in international human rights and humanitarian law. Those people who indulge in such activities should bear in mind that there will be no escape for them at the end of the day. Even if their own national judicial system fails, the world and international community will nevertheless be watching them. Crimes against humanity, genocide and war crimes are not accidents of history. Any leader or individual, who orders or incites communal violence, in the name of ethnic federalism or of ethnic and racial division, will one day be held responsible for rights violation.

The proposed TRC in the country must become operational as soon as possible: its existence must act as a powerful deterrent against future inhumane acts by any individual, group or organization in the country. Deterrence is a long-term project. Justice is crucial for its purported capacity to prevent and to deter future crimes on a grave scale. They must always be opposed. Nothing can ease the scars and pains of war. However, the TRC must also be the vehicle by which victims can be reconciled and recover from past harm. It must be the means of dialogue between victim, perpetrator and society as a whole.

Justice has the capacity to deliver peace, the rule of law, and stability to transitional politics in their country. Nepal must ratify the Rome Statute of the International Criminal Court in order to ensure that there is no repetition of recent human rights violations. This initiative is essential for sustained peace: it can play a critical role in deterring conflict. Those who then commit violations can have no excuse: they should therefore be shown no mercy. If national mechanisms fail to bring the perpetrators to justice, an international mechanism and jurisdiction must be accepted. Today over 125 nations have ratified the Rome Statute, accepting its jurisdiction over grave crimes such as those against humanity, war crimes and genocide. The Court is designed to prosecute any crime of a grave nature, and it takes on cases where states have failed or are unwilling to take positive judicial action. It is an international institution, but its international jurisdiction is carefully balanced with the domestic jurisdiction so that the state remains the prime actor under international law. The jurisdiction of the Court is limited to the most serious crimes that are of concern to the international community as a whole. The time is right: the choice is theirs.