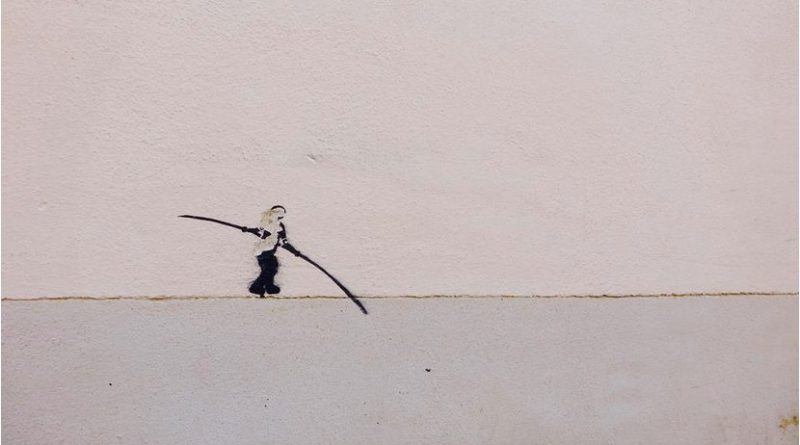 Would it be an exaggeration saying that with the introduction of Trump’s America First Policy, the Indo-US relations once again had come under stress, as same during the Cold War era? During his State of the Union Address to a Joint Session of the Congress (January 30, 2018) in Washington D.C., President Donald Trump had outlined the main objectives of foreign policy going to be pursued by his administration. Recently, under the America First Policy, some protective steps like hiking tariffs, review of Generalized Preference System (GSP), dragging India at the WTO for lowering tariffs and putting pressure on India to opening up more its economy, are some of the serious issues, which are haunting Indo-US economic relations. In this backdrop, the bilateral relations would attain cordiality and retain warmth, or again move in the see-saw mode as in the Cold War?

The Indo-US relations have been characterized as the “Global Strategic Partnership.” The partnership is based on the shared democratic values and exponential growing convergence of interests on the bilateral level in particular and on the regional and global issues in general. Former PM Manmohan Singh (2004-14) shared a good personal chemistry with President Obama (January 20, 2009, to January 20, 2017). The same has been followed by the incumbent PM Narendra Modi (2014). Under the PM Modi, two summits have taken place with President Obama (September 2014 and January 2015).

Under these two summits, the bilateral relations have achieved new heights. The Indo-U.S. relationship is conceived as “Enduring Global Partners in the 21st Century.”

At the bilateral level, both India and the US have been engaged in more than 50 bilateral dialogue mechanisms in order to heighten the bilateral cooperation. These dialogues included: Home (Homeland Security Dialogue), Finance (Financial and Economic Partnership), Commerce (Trade Policy Forum), HRD (Higher Education Dialogue), Science & Technology (Joint Commission Meeting on S&T) and Energy (Energy Dialogue), which have been playing important role in the concertizing the bilateral relations. These engagements show that how India and US interests multilaterally are being converged. Moreover, at the regional and global level, the US and India both have been seeking each other’s cooperation, particularly over the geopolitical and geostrategic issues.

Under the Trump regime, the US foreign policy has been undergoing metamorphic changes. The major sources of America First Policy are the ‘National Security Strategy’ (18 December 2017) and, President Trump’s speech ‘State of the Union’ (30 January 2018). This policy is meant for strengthening the US economy and security. To achieve these objectives the US has turned to be protectionist and nationalist. Under such conditions, would the Indo-US bilateral relations remain cordial and warmth, as witnessed under Bush and Obama periods? Seeing the recent protective actions on part of Trump regime under the America First Policy, serious implications are being anticipated for India. But the scale and size yet to be seen, how bilateral actions and reactions take their courses?

East Asia is the main pivot of the American First Policy, and protectionism and nationalism approaches are being put in practice to keep the America First. The policy has already been put into practice, particularly in the context of China, which is being corroborated and substantiated by the ongoing trade war. The same steps have been taken by the US against many other countries like Mexico, Canada, Germany, Russia and the last entry in this list is India. The withdrawal from the Trans-Pacific Partnership (TPP); knocking down the Paris Climate Accord; ban on travelers from several Muslim countries are some of the steps that have been taken under the America First Policy.

India and the US bilateral relations have been gone under paradigmatic shift particularly in the post-Cold War era. During the Cold War, the bilateral relations were at the lowest ebb. However, the major bilateral irritant, the former USSR, had come to an end given its breakdown in 1991. Consequently, the Indo-US relations have been scaled to the new heights in the post-Cold War. India had reoriented its foreign policy towards the US in the post-breakdown of the former USSR. The same has been reciprocated by the US. In international relations, it has been argued that the foreign policy is a mechanism, by which a country in the comity of nations used to protect its national interests i.e., the independent foreign policy is one of them. Thus, following the realism, the US keeps on changing and adjusting its foreign policy, particularly with its strategic partners. The case of China, Pakistan, the Philippines including many other countries is worth to mention here. Should India learn from such cases or wait for time to come as a lesson?

America First is a multi-dimensional policy. It is based on protectionism and nationalism approaches. The protectionism has remained central to the Trumps’ presidential campaign. The North American Free Trade Agreement, the Trans-Pacific Partnership has been taken as disasters. The trade policies of Germany, South Korea, China including India have been taken bad for America First.

As far as India is concerned, the Trump administration has hiked tariffs on washing machines and solar panels coming from India. Citing the national security reasons on 9 March, the US has also hiked tariffs 25% and 10% on steel and aluminium respectively, leading to a trade tussle with many countries including India. Despite the repeated exemption requests for hiked tariffs on part of the Indian government, did not budge the US government to review this decision. In reciprocation, India has also hiked tariffs on fresh apple, walnut, chickpeas, refined palmolein, threaded nuts, diagnostic reagents, Harley-Davidson motorcycles. The export subsidy programmes in India are also not going well with the Trump administration.

Both the countries have filed cases against each other at World Trade Organization (WTO). India has filed a case against the US over the issue of Domestic Content Requirements (DCR) and subsidies which are being provided by eight states of the US. The DCR is used to considered as inconsistent with the provisions of WTO’s Trade-Related Investment Measures (TRIMs) and Subsidies and Countervailing Measures (SCM Agreement). India’s argument is by violating these provisions, the US has been discriminating against the Indian imported products as compared to its domestic products. The subsidies are given for the use of domestic over the imported products. On the other hand, the US has filed a counter-notification in the WTO against India for market price support (MPS) programmes for products such as wheat and rice. The US has also initiated a trade dispute against India for duty drawback and some other programmes for its exporters.

In the context of protectionism, the review of the Generalized System of Preferences (GSP), has emerged another irritant. It put the Indo-US on tenterhooks. The GSP was basically designed in 1974 to boost the economic development of the beneficiary country by allowing her a duty-free entry for thousands of products to the US. Under the GSP, India was allowed to export duty-free about 3,500 products to the US. India is the biggest beneficiary of its several industries like textiles, engineering, gems and jeweler, chemical are exporting products to the US. However, the US Congress has proposed to review the GSP for India.

The US dairy and the medical device industries have requested to review the GSP benefits to India given its trade barriers, which have been affecting the former ’s exports in such sectors. The Deputy U.S. Trade Representative Jeffrey Gerrish said, “GSP provides an important tool to help enforce the Trump Administration’s key principles of free and fair trade across the globe.  We hope that India, Indonesia, and Kazakhstan will work with us to address the concerns that led to these new reviews.” Out of the total $ 21.2 US imports under GSP ( 2017), India is the major of the beneficiary with $5.6 billion. Thus, the GSP review would likely to implicate the Indian industries.

The US-origin dairy products are banned in India on religious and cultural grounds given the reasons that the same are mostly derived from cows which used to consume feed containing non-veg elements.

On the other hand, the cow is considered sacred in India. The ban on such products has been imposed by the Vajpayee government in 2003. Currently, the ban has caused the loss of about $1 bn for the US dairy industries. The dairy industry gave representation to the Trump regime to urge India to lift bans.

On 14 April, the US treasury department has included India in its currency practices watch list. The treasury department has alleged that the foreign exchange of $56 billion was purchased by India in 2017. The US raised a question mark on such purchase as why India needed the foreign exchange when it has already robust reserves stood at $428 billion as on April 2018.

The Trump regime is very harsh on the immigration policy. He had signed an executive order to review the H-1B visa programme to make it more rigorous and tightened. It is basically meant for bringing the highly-skilled foreign temporary workers to the US. But now, the same has been severely criticized by the Trump regime on the argument of taking away the jobs from the US citizens. Moreover, revision of the H1-B likely fulfills his election campaign pledge to put America First. As far as India is concerned in this respect, a substantial number of highly skilled professionals going to be seriously affected by this move.

The Indo-US bilateral relations have seen many strides under the Trump-Modi regimes. President Trump kept his electoral promise, the “best friend of India.” The fulfillment of the same promise was corroborated by the one the major steps –Trump’s 100-Year Plan for Relations with India. The move was considered as an honor for India. India was accorded the highest priority in Trump’s South Asia Policy. In order to give wider space to India in Asia-Pacific region, the same has been rechristened as Indo-Pacific. Recently Trumps released his National Security Strategy, wherein India was labeled as “Leading Global Power.” However, these signs of the good health of the strategic relations have not held the ground for economic relations.

It is to be taken as trade war is too early, as some of the scholars of the opinion that it should not be viewed as a trade war. But at the same time, it seems that everything is not going well. Economic cooperation between both the countries is on shaky ground. Moreover, it seems that despite holistic efforts and engagements on both sides, these issues would haunt the bilateral relations, at least under the Trump regime. He has to fulfill the pledges and promises for America First. For that, he has to show more commitment for protectionism and nationalism. It can be more understood in the context of G-7 Summit, where President Trump over-reacted and shown un-cooperative behavior with world leaders of Canada, Germany, France, Japan, and EU. It means protectionism and nationalism would remain mantra for America First Policy. It means seeking cooperation and improving bilateral economic relations under pressing domestic exigencies would be putting oneself in the Utopian world.

However, hope sustains. Both the countries should engage in a positive and constructive way, as both needed each other in the changing geopolitical and geostrategic dynamics at the regional and global levels.