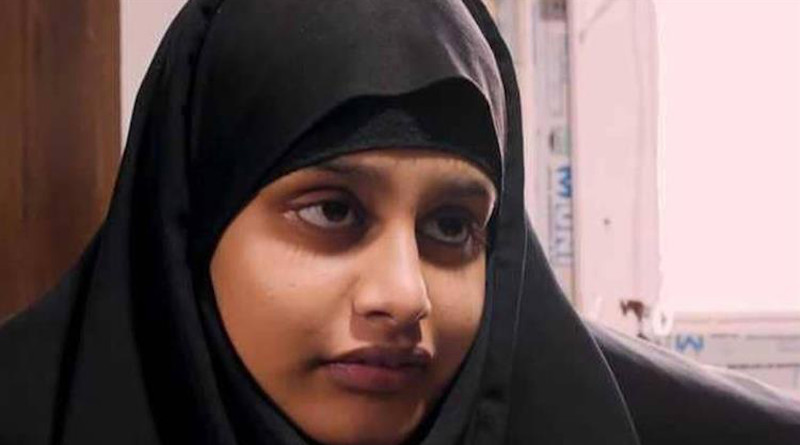 Rarely do terms such as “Islamic State” and “natural justice” keep company.  Both seem alien, uncomfortable, fundamentally ill-suited.  For one, Islamic State’s own approach to natural justice, archaic and stone-age obscurantist, has tended to be distinctly unnatural and particularly brutal.  But it has also invited, in response to its particular brand of terrorism, a troubling approach on the part of governments determined to excoriate it.  For those taking to its sources of fanaticism, harsh measures are meted out.

The case of Shamima Begum has brought both the ideological recruitment by Islamic State, and the decision to join it, into the orbit of natural justice and procedural fairness.  Should a person, a mere child at 15, face the calculating coldness of the British Home Office on removing her citizenship without due process, despite being a dual national?

Begum was of that tender age in 2015 when she, along two other school girls, left London to join the Islamic State group in Syria. It was a decision born of childish conviction, and it did not impress the Home Office.  In 2019, it revoked her citizenship citing security grounds after she was discovered in a Syrian camp.  These powers are available under the National, Immigration and Asylum Act of 2002 in cases where the Secretary of State is satisfied that “the person has done anything seriously prejudicial to the vital interests” of the UK.  The fact that she has Bangladeshi nationality made the decision an easier one.  According to then Home Secretary Sajid Javid, such powers were only used “in extreme circumstances”.  One circumstance was the instance “when someone turns their back on the fundamental values and supports terror”.  The British government has also done its level best to ignore her, refusing to assist in her removal from the camp or her return to the United Kingdom.

The decision to extinguish her British citizenship did not cause much concern, let alone outrage, though pockets of disagreement simmered. Then Shadow Home Secretary Diane Abbott was sharp, and as it turns out prescient enough, to remember the provision in the Universal Declaration of Human Rights that “no-one shall be arbitrarily deprived of their nationality”.  But the public pulse suggested much support for Javid’s decision.  A YouGov poll taken in February 2019 found that 74 percent of respondents agreed with the decision.  As of July 17, 2020, the numbers had not shifted dramatically, with 70 percent concluding that the Home Office was in the right.  The sense that Begum never quite fit the bill of being an “ideal victim” prevailed.  Arguments that she had been groomed were snorted off.  What she got, she deserved to get, good and hard.

The premise of behaving so freely with denaturalisation lies in presuming, sometimes erroneously, that the person has an alternative citizenship, or at least the means of attaining it.   This is, at best, shallow, assuming that the alternative state would be happy to enable such a person to exercise the citizenship of their state.  It also makes assumptions about practicalities, a dangerous notion in instances where individuals find themselves in situations of conflict.  “In reality,” as Devyani Prabhat notes, “cancellation of British citizenship means people can be left in limbo in war zones because they lose the right to re-enter the UK and to receive any diplomatic protection.”  Ryan Corbett, writing in May last year, also reiterates the consequential realities arising from the removal of citizenship, which go beyond formal decisions.  “In making grave decisions of deprivation of citizenship, states should be as concerned about creating de facto stateless persons as they are about creating de jure stateless persons.”

In Begum’s mind, she only ever had one citizenship, at least in any meaningful sense.  As she lamented, “I wasn’t born in Bangladesh, I’ve never been to Bangladesh and I don’t even speak Bengali properly, so how can they claim I have Bangladeshi citizenship?”  It was a point more or less endorsed by Bangladesh, given the distinct lack of interest shown by that country’s authorities in her fate.  For Begum, legal purgatory awaited.

Begum duly mounted a challenge, arguing that she needed to appeal, in person, against the ruling by returning to Britain.   On July 16, the Court of Appeal, comprising Lord Justice Flaux, Lady Justice King and Lord Justice Singh, found that Begum should be granted leave to return to the UK.  She could hardly have made her case to challenge the cancellation from the isolation of Camp Roj in Northern Syria.  “We have to proceed on the basis that whilst she remains detained in the camp she cannot give effective instructions or take any meaningful part in her appeal” so as to make it “fair and effective.”  The court concluded that the only way “a fair and effective appeal [could] be permitted” was to allow Begum “to come into the United Kingdom”.  The interests of “fairness and justice must, on the facts of this case, outweigh the national security concerns, so that the LTE [Leave to Enter] appeals should be allowed.”

The government’s line, much as it has always been, was not sympathetic.  Sir James Eadie QC made the argument that Begum had left the UK on her own free will, aligned herself with Islamic State and remained in Syria for the duration of four years before being detained by the Syrian Defence Forces.  The impracticalities of making her appeal, in other words, were “self-inflicted”. This sat uncomfortably with the court, as a 15 year old schoolgirl’s notion of free will should hardly determine the means of mounting an effective challenge.

The decision should not be considered a boon for those wishing to open the gates of welcome to estranged daughters and sons of Britannia gone bad in the service of foreign terrorist groups.  While the justices determined that Begum should be permitted to return to the UK to pursue due legal process, she could only do so subject to appropriate controls as determined by the Secretary of State.  It was also accepted that, should the Security Service and the Director of Public Prosecutions “consider that the evidence and public interest tests for a prosecution for terrorist offences are met, she could be arrested and charged upon her arrival in the United Kingdom and remanded in custody pending trial.” Begum has conceded that point.

None of these cautionary qualifications impressed Javid.   The restrictions placed on Begum’s rights and freedoms arose, he claimed in a statement, from her own transgressions.  (Again, no thought as to age; no consideration as to the margin to err in life.)  The appeal could easily have been made “using modern technology.” Having her return to the UK “would create a national security risk that cannot be fully mitigated, even with the diversion of significant resources.”  Governments would be hampered in future cases while Islamist and far-right extremists would be emboldened.

Many of Javid’s concerns are speculative, as is much in the field of values and disturbed ethical sensibility.  To remove the citizenship of citizens, even dual nationals, is a grave matter.  That it should even be permitted is more than troubling; that such decisions cannot be properly scrutinised by courts, would be even worse.  While an appeal against the ruling is inevitable, this case at least shows that British justice, as broken as it is, can still surprise.