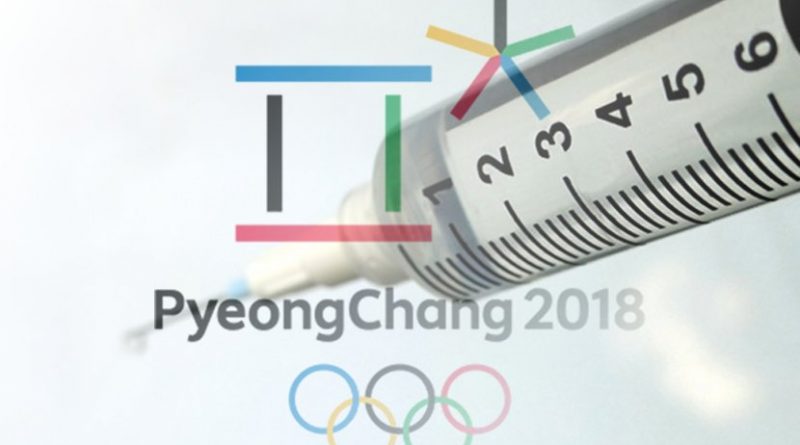 The International Olympic Committee's (IOC) bans Russia from the 2018 Pyeongchang Winter Olympics for what it claims is "systematic manipulation of the anti-doping rules."

As punishment for the Russian government’s doping program, the International Olympic Committee has declared that Russian athletes who do take part cannot march under the Russian flag but must instead compete under a neutral flag. Many Russians are outraged by this, but their outrage has generated some interesting proposals.

Russians are among those who support an idea being floated by others that no national flags should appear at these international sporting events given that individual athletes are competing rather than nations (newsland.com/community/5652/content/rossiia-bez-flaga-vse-bez-flagov-novaia-initsiativa-mok/6116054).

But more intriguingly, some Russians have proposed that the Russian athletes march under the flags of the former Soviet Union (newsland.com/community/8/content/alternativa-dlia-olimpiitsev-vystuplenie-pod-flagom-i-gimnom-sssr/6123212) or of the regions or republics of the (lenta.ru/news/2017/12/17/olympicruss/ and regnum.ru/news/society/2355770.html).

The most prominent figure to make the argument for regional flags has been Altai Senator Vladimir Poletayev who urged “Russian sportsmen to take to the winter Olympiad of 2018 the flags of their own regions instead of the [Russian] tricolor.” His suggestion may have support among ethnic groups and regionalists, but at least some Russians are furious.

Oder said the Altai senator should “trust the professionals” on this, especially since he had never spent “a single day in big sports” and therefore “does not have the moral right to make such proposals.” According to the regional minister, “no one will give the right to officially put the flags of the regions on a flagpole” and hanging them would be like “gypsies in a bazaar.”

Alypov said that Poletayev was engaging in “populism.” If the senator wants to go to South Korea with an Altay flag, he is within his rights; but the Olympics is governed by rules and regional flags aren’t allowed. And Tarasova said that such issues must be decided by the participating countries and not by some low-level officials.

Despite this opposition, the fact that proposals have surfaced to make use of regional and republic flags shows that these symbols are not matters of irrelevance to many residents of the Russian Federation and that some of these people are now looking for opportunities to display them, something they believe the IOC has given them.

Home » Could Regional, Republic Or Soviet Flags Take Place Of Banned Russian One At Olympics? – OpEd