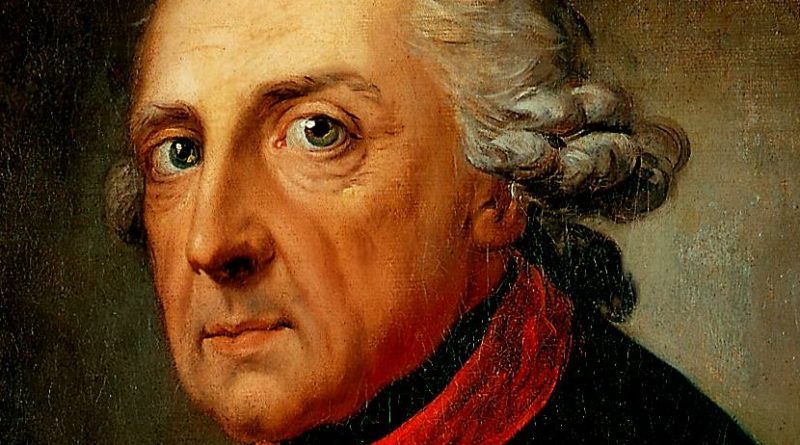 As Frederick the Great of Prussia, long considered one of the great military minds in world history, said- “He who defends everything, defends nothing.” Today, the U.S. is, no doubt unwittingly, violating this maxim on a daily basis. A nation’s grand strategy must be considered as a holistic approach to a nation’s global interactions that includes all elements of national power and appropriately focuses those elements on the nation’s greatest challenges. Unfortunately, this is not what the U.S. is doing at present. Rather than focusing on the Dragon of the East rising to a place of geopolitical preeminence, the U.S. is getting bogged down everywhere else and losing its flexibility to confront its greatest challenge.

The U.S. is reinforcing Europe in the face of the “Russian threat,” engaged in mopping up ISIS in the Middle East, adding troops to Afghanistan, and preparing for a potential confrontation with both nuclear North Korea and a latent nuclear power in Iran. Instead of shifting our military and diplomatic posture as needed to counter the rise of the most multi-faceted challenge the U.S. has faced since its advent as a global power in China, we are stuck thinking it is still 1991- the year the Soviet Union collapsed and we were the lone superpower in the world. This is a mistake. The consequences of this tactically expansive, yet strategically overstretched and unfocused, approach will have serious consequences even if we may not fully realize them until several decades from now.

Grand strategy is far more than about just the deployment of military force. The military must be given defined missions that seek to accomplish what are ultimately, as the classic military theorist Clausewitz posited, political goals. Military action should never become an end unto itself. It must have a definable purpose and fit into a larger policy infrastructure. Hazy notions of fighting “terrorists over there so we don’t fight them over here,” does not cut it strategically even if it is an easy sound bite for the general public.

An effective grand strategy requires that we must be able and willing to prioritize amongst our myriad challenges. It also requires that we are able to reprioritize when more significant global challenges emerge. In other words we must make choices and avoid the temptation to create a massive list of desires and to call implementing that list a “strategy.” That is not strategy- it is fantasy.

By contrast, sound grand strategy would be what the U.S. did in World War I, World War II, and the Cold War- avoiding the rise of a single hegemonic power in Eurasia that could dominate the largest landmass on Earth. All other priorities are inherently less important. This is because, as Sir Halford Mackinder long ago made clear with his Heartland Theory, a Eurasian hegemonic power would have the ability to dominate global affairs and relegate the U.S. to secondary status.

To avoid this, means that if we are losing in a peripheral theatre of operations we need to be able and willing to switch our focus.

Today in Afghanistan, and largely throughout the whole Middle East (especially with respect to our confrontation with Iran), we are falling victim to the “sunk cost fallacy.” We have invested so much, we don’t want to “cut and run.” While that is understandable, we risk being stuck in perpetual neutral neither willing to go all in or pull out. Yet, this indecision continues the chewing up of American lives and equipment while preventing us from investing in the kind of new technology that will be necessary to counteract a great power peer competitor like China.

At the same time, we are exacerbating this problem greatly by expanding our presence in Europe in order to counter a purportedly resurgent Russia. Given the present hysteria over Russia, it is difficult to envision that changing any time soon. But as this author has long lamented since well before President Trump ever stepped down the escalator at Trump Tower, we are throwing Russia into China’s arms and creating a potentially powerful geopolitical axis that will work against our interests both economically and militarily. In this sense, it is exactly as if we are trying to defend everything. Tragically, at some point, we will wake up realizing we defended nothing.

This is not a call to isolationism, but to embrace a policy of tactical restraint that allows us to focus on the strategically essential. It is a realist policy that simply prioritizes our greatest challenge. While today we are not adequately shifting our gaze east and to China, this can change if leaders of vision articulate the dire consequences of failure.

This author has argued for a geopolitical strategy called the “Iron Quadrilateral” that aims to give coherence to U.S. policy across all spheres. It entails seeking better Russian relations even in the face of today’s new “Red Menace” while simultaneously playing a role in the Middle East similar to what Cardinal Richelieu once played in the former German principalities during the Thirty Years War, and embracing both Japan and India.

*Greg R. Lawson is a contributing analyst at the web-based geopolitical consultancy,Wikistrat. These views are his own.