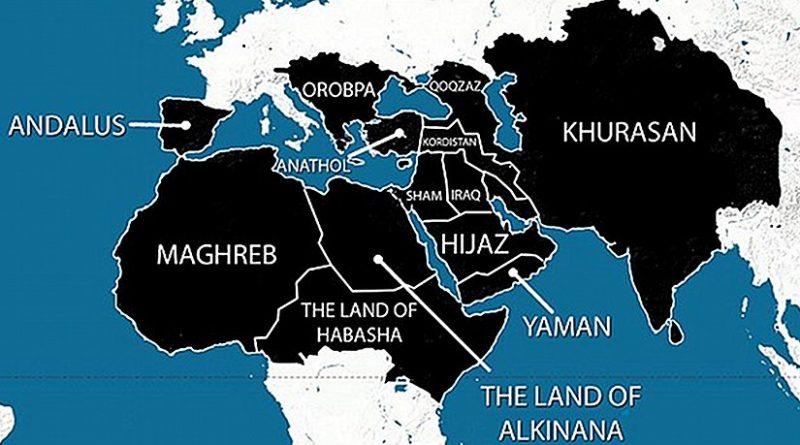 Although terrorists are the worst enemies of humanity and eternal moral values, yet their corporal elimination is no answer as regards fight against terror. Instead, new and progressive ideas be generated and propagated to substitute the idea of violence.

The terror attack on Indian Air Force base in Pathankot again proves that any reasonable or bold attempt by Indian Prime Minister to normalise continuing tense relations with Pakistan will not be permitted to go through smoothly by the powerful pillars of Pakistani ruling establishment- its Army and secret agency, Inter Service Intelligence (ISI) and hardliner Mullahs, as they have all along been very decisive in Pakistani governance. This had already happened prior to Kargil war or in 26/11 Mumbai terror attack and many times earlier and the result was a long deadlock with mounting terror strikes on Indian soil, killing hundreds of innocent civilians and brave security forces and also destroying properties worth millions.

Unfortunately, most of terrorists and their networks operating against India have their logistical support in Pakistan from where they carryout successful strikes inside India. Also, it is clear that merely discussing with the civilian government of Pakistan is not of much significance as several earlier rounds of talks have always failed. But the positive response of Pakistan’s Prime Minister Nawaz Sharif for nabbing the terrorists responsible for Pathankot air base attack and the US’ pressure on Pakistan for this end have aroused some hope in India and that appears to be materialising with the report of Pakistan’s crack down on Maulana Masood Azhar’s outfit and several leaders, although there is a suspense over this report in both the neighbours. Maulana Azhar is the founder leader of the notorious terror organisation ‘Jaish-e- Mohammad’, which is the deadliest terror outfit in South Asia and had been involved in many terror cases committed into India in the past, including attack on Indian Parliament in 2001.

Unfortunately, India is still groping in the dark as to how to deal with Pakistan’s supported cross border terrorism into the country. But one thing is clear that India has always been perceived by terrorists as a soft target where they can easily enter and attack even the most secure and sensitive places. Earlier, the Assembly of Jammu and Kashmir and the Indian Parliament were not spared from such attacks, besides several other important public places like Bombay Stock Exchange, markets, railway stations etc.. These besides, the continuing adhocism, prevailing corruption from top to bottom and unfortunate party-politics on this sensitive issue have further added to woo the prevailing chaos which has demoralised even army, paramilitary and other security forces fighting against terror. Indeed, that has engulfed the general Indian psyche as they mostly remain detached and unconcerned, until personally affected by this menace.

Despite its frequent occurrences in India, the issue has not yet become an electoral one and no political party, nor any political leader, has come out openly against it. Is it not a self-killing public apathy? Is it not only for preserving the Muslim vote bank by these political leaders? The vote-bank for them is more precious than the innocent lives of their fellow countrymen whose families are left to bear unbearable trauma and agony throughout their lives. Against this scenario, what should India do to protect its innocent citizens and brave soldiers besides destruction of valuable property. Nevertheless, talks between the two governments must continue as communication gap between them will further heighten their mutual suspicions and the terrorists will exploit this situation for their nefarious designs.

As a way out, India’s soft approach to terror for vote-bank politics must stop immediately and must follow the firm and strict course like that of the US, Russia or Israel as regards prevention and war against terrorism. But above these, the eternal values of Indian cultural ethos advocating peace, love, piety and non-violence must prevail over violence because violence as a deterrent against violence will not be of much use except for a short period as a temporary relief. What is very much needed is to fight an ideological war against terrorism by generating and propagating new progressive ideas characterised by these eternal values yet suited to the present day modern world and which may ultimately inspire them (terrorists) to give up the logic of terror for redressing their grievances. After all terrorists are the distorted selves devoid of sanity, which is caused due to some deeply agonising and unfulfilled longing marked by an extreme feeling of grave injustice to them and consequently forcing them to take the course of violence.

This habit of taking recourse to violence among present day youth who go to any extreme of macabre violence, as is being committed by Daesh or Islamic State (ISIS) terrorists in Syria and Iraq, is a particular cause of serious concern today for the whole world because that poses a grave threat to the very existence of humanity in the world. In such a scenario, the irrelevance of violence and terror be so highlighted through education, religious-cultural enlightenment and global mass-movement that their substitution by the new progressive ideas, as mentioned above, be easily accomplished for establishing a new just and peace-loving society as well as a new world order characterised by truth, peace, justice, love, brotherhood and non-violence as against the present day world marked by power-politics, hierarchy, violence and injustice.

Hence, now this must be clear to Pakistan that if India is bold enough for establishing friendly relations with them as it has firm faith in the Indian cultural ideas of ‘peace’ and ‘non-violence’, it will not hesitate in taking recourse to strong actions against them and the terrorists supported by them if they (terrorists) commit terror in India and then take shelter in Pakistan. Again, Islamabad must know that terrorists are the worst ever enemies against humanity and eternal moral values, therefore they ought to be fought with firm determination and iron hand, if all attempts to bring them into national and global mainstream, characterised by these values like truth, peace, love, brotherhood, non-violence and justice, result into complete failure. This can be done as nothing is beyond human endeavour.