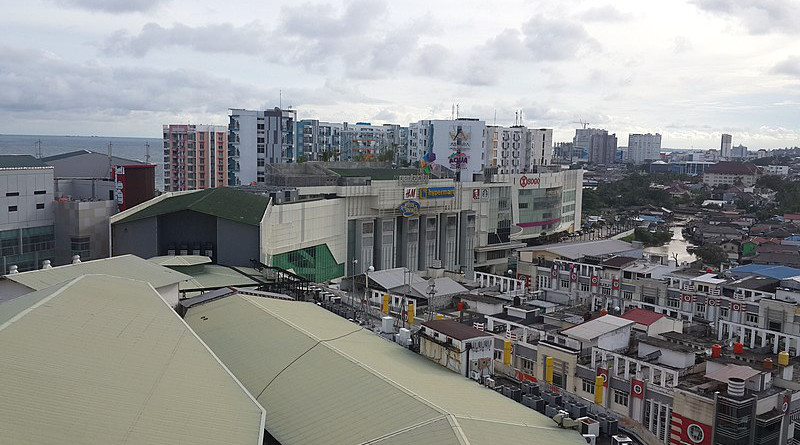 Last August, President Jokowi formally proposed for the relocation of the Indonesia capital away from Jakarta into an unconfirmed site in the three Kalimantan provinces. Whether it is in West, Central or South Kalimantan, it is no question that the new capital city would be located in the Borneo Island which is also home to the two Malaysian states of Sabah and Sarawak. Estimated to cost around US$ 32.5 billion, the capital relocation exercise is an absolute gigantic project that would take 5 years to complete and involve huge public-private partnerships (PPPs) slated to occupy more than 90% of the project’s funding. Given the magnitude of such project, it is next to impossible for Indonesia to push such project without the assistance and expertise of external stakeholders.

It is within such consideration that its two neighbouring states of Malaysia, Sabah and Sarawak, have been welcoming such move by the Jokowi administration. The Chief Minister of Sabah, Shafie Apdal, for instance, has been calling for all quarters in the state to ready for the economic spill-over effects that come with the relocation of the Indonesian capital into Kalimantan. Targeting cross-border economic development and business opportunities in the areas of infrastructure development, technological utilisation and skilled workforce training, the Sabah government is confident that the shift of the Indonesia’s capital city would generate these two major demands in the long-run. As such, it is tasking the Institute of development Studies (IDS) to conduct study and prepare an action plan for the state government to implement in the coming years.

On the other hand, the Sarawakian leaders are even more fervent about the whole capital relocation exercise as pushed by the Jokowi administration. Like Sabah, the Sarawak government is looking forward for such move, with its leaders (Abdul Karim, Wan Junaidi and Idris Buang) eyeing at the economic opportunities of providing electrical supply to the new Indonesian capital, cross-border trade and tourism (medical, education and normal visits). Given such opportunities, it is not hard to understand why these leaders have been calling Sarawakians to equip themselves for such unprecedented opportunity. By all means, Sarawak leaders are viewing Indonesia’s capital relocation to Kalimantan as a game-changer for the Borneo’s long-standing economic landscape.

But as mentioned earlier, such mammoth relocation would be impossible without the assistance of external stakeholders who could provide the much-needed financing and expertise (including technological know-how) to Indonesia in completing the historic move by 2024. This, of course, would entail developing essential infrastructure to accommodate all the government ministries and other agencies, constructing properties to house the anticipated expansion of population, pursuing sustainable development plans and establishing an urban centre that is connected internationally with the ASEAN region and the wider world. With all these needs in mind, China’s Belt and Road Initiative (BRI) has the absolute potential to become the platform for a tripartite cooperation among Indonesia, Malaysia (Sabah and Sarawak) and China.

Realising the Five Areas of Connectivity

Armed with enormous potential, the relocation of Indonesia’s capital offers another entry point for the BRI to realise its five areas of connectivity, namely, policy coordination, infrastructure building, unimpeded trade, financial integration and people-to-people exchanges. Having said that, a greater purpose could only be served by not limiting the BRI platform for the bilateral cooperation between Indonesia and China but rather, a trilateral one that also involves the Malaysian participants of Sabah and Sarawak. Not only would such positioning echo the common aspiration between Malaysia and Indonesia to develop the Borneo Island, it also helps China to establish its cooperation foothold with Sabah, Sarawak and Kalimantan.

In terms of policy coordination, the immediate potential is for the three participants to explore the “Belt and Road Digital Economy International Cooperation Initiative” that was launched back in December 2017. With the exception of Sarawak which is looking to develop the Digital Silk Road (DSR) in cooperation with China, both Sabah and Kalimantan have yet to tap on such initiative despite its potential to ameliorate their trade overseas. Moreover, the DSR also offers Indonesia (including the three Kalimantan provinces) and Sabah to develop their respective digital economies, another value-added role of the initiative to both economies. Not only both should consider to join such initiative, the three parties themselves (Sabah, Sarawak and Kalimantan) could even build their own cross-border digital economy with the technological capabilities and know-how they attained from their participations in the DSR initiative.

For infrastructure building, it is even more straightforward. In developing its new capital city that caters its future needs, Indonesia could readily layer or pitch for the expansion of its existing infrastructure within the BRI. This is applicable for the greater conurbation of Samarinda and Balikpapan which Indonesia is actively developing for the past years. Be it the Balipapan-Semayang Port or the Sultan Aji Muhammad Sulaiman Airport in Balikpapan, an expansion of these two infrastructures would support the new capital in Kalimantan as it allows for the hosting of larger population and broadened economic activities following the relocation of the country’s capital. As for Sabah and Sarawak, they would need greater infrastructure connectivity that links to Indonesia’s new capital ⸺ in the forms of electricity provisions (upgrading of existing hydroelectrical dams into more sustainable pumped-storage facilities for Sarawak) and cross-border trade and tourism (expansion of air, road and sea infrastructures for both East Malaysian states).

As for unimpeded trade, Indonesia, Malaysia and China could consider cooperation to elevate trade, especially e-commerce that caters to Borneo itself. This is especially true for Sarawak which has been tampering with the idea of establishing Digital Free Trade Zone (DFTZ) as early as in 2017. What the Chinese e-commerce giants could do is to establish cooperation with the Sarawak government to set up such zone and then utilise it as the hub for the larger cross-border e-commerce between Sabah and Kalimantan (Indonesia). Furthermore, the goods from Borneo could also be sold in China via the same DFTZ, allowing the former’s producers to access the huge Chinese market.

On financial integration, the BRI’s list of financiers offers Sabah, Sarawak and Indonesia the required funding for their infrastructure building’s agendas. With Indonesia’s capital relocation exercise costing US$ 32.5 billion, obtaining development loans for such purpose remains to be the best way in financing the relocation. In commensurating its own national interests, Indonesia could pick the best funding mechanism(s) from any of the four financier categories: Chinese policy banks (CDB and Exim Bank), Chinese state-owned banks (ICBC, CCB, ABC and BOC), Chinese sovereign wealth funds (Silk Road Fund (SRF), SSF, and CIC) or international institutions (AIIB, ADB, World Bank and New Development Bank (NDB)). Likewise, both Sabah and Sarawak could opt to loan from any of these financiers that meet their own economic interests in their push to build infrastructure connectivity with Kalimantan. Provided with better coordination, search for greater economic impacts and the need for higher loan amounts, the three parties could even collectively bid for infrastructure development projects in the near future.

Finally, deeper people-to-people exchanges among China, Sabah, Sarawak and Kalimantan are in the scene as well. Among them is the flock of Chinese tourists to Borneo in which the Chinese tourists remained to be the largest group of foreign tourists in Sabah for 2018 while for Sarawak, they occupied the fourth spot after Brunei, Indonesia and the Philippines in the same year. Whereas the numbers for Chinese tourists are not available for Kalimantan, it is expected that the relocation of Indonesia’s capital to this part of the island would inevitably elevate its potential as a tourist destination in the next 5 years or so. That said, the most ground-breaking development has been the opening of the First International Conference on Belt and Road in Sarawak in January 2020. The first of its kind in Borneo, it highlighted Sarawak’s ambition to become China’s main cooperation partner against Sabah and Kalimantan, with the possibility that such people-to-people exchange conference developing into an island-wide event in the coming years.