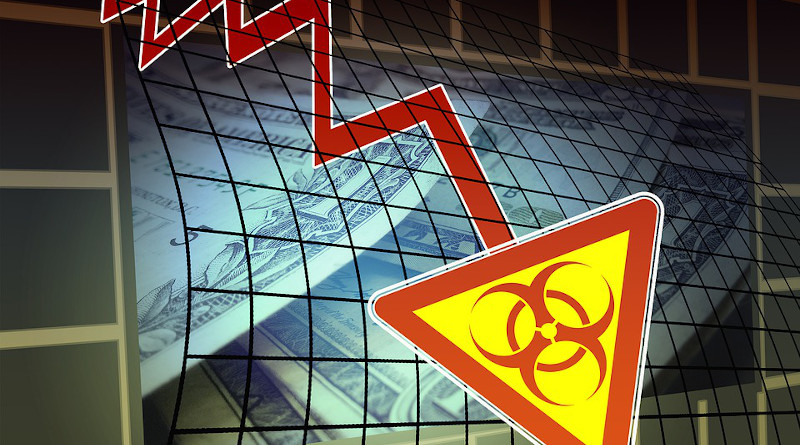 The ongoing Covid-19 crisis wreaked havoc on global markets, as investors gave a mixed response to stimulus measures and containment efforts. In the US, the Dow Jones closed lower than at any point since Donald Trump’s election.

Despite President Donald Trumps’ signing of wartime legislation to address shortages of vital medical equipment, the Dow Jones Industrial Average closed at just under 20,000 points on Wednesday, a drop of 6.3 percent on the day before. Even on Tuesday, the announcement of a trillion dollar stimulus plan caused only a momentary uptick in the index’ downward tumble.

Dropping over 1,400 points right after the opening bell sounded, the Dow would eventually close lower than at any point since Trump’s inauguration, meaning the coronavirus has – at least temporarily – wiped out the gains of the Trump presidency.

For Wall Street’s other indices, the news wasn’t much better. The S&P 500 and Nasdaq Composite closed down 5.2 percent and 4.7 percent respectively. Trading was even briefly halted in the early afternoon when a seven percent drop in the S&P triggered the New York Stock Exchange’s emergency 15-minute “circuit breaker.”

Shares trading on the London, Frankfurt, and Paris bourses faced another day of huge losses, with key indices falling between three and five percent. As in the US, the freefall ignored a British stimulus package announced a day beforehand, on top of similar programs in virus-stricken Italy and France.

Stocks in Australia led the losses in Asia Pacific with the country’s S&P/ASX 200 index falling more than six percent. Hong Kong’s Hang Seng index dropped more than four percent to a more than three-year low. China’s Shanghai Composite and Japan’s Nikkei 225 were both down too, losing more than one and a half percent.

Crude oil also continued its downward spiral, losing 24 percent of its value to land at $20 per barrel, its lowest price since February 2002. Coronavirus fears coupled with a price war between Saudi Arabia and Russia have hammered the value of crude down for several weeks.

The US stock market has been on a rollercoaster ride – massive drops followed by huge rebounds – as investor panic driven by the spread of the coronavirus sets in. On the financial markets, it was also reflected by the CBOE Volatility Index, which is sometimes referred to as the Fear Index. The index tends to rise during market turmoil, and it soared to historic highs earlier this week.

The Dow and S&P 500 entered a bear market last week, putting an end to an historic bull run. The Dow is already more than 30 percent off its all-time high of around 29,500 points seen in February, to its Wednesday low of under 20,000.