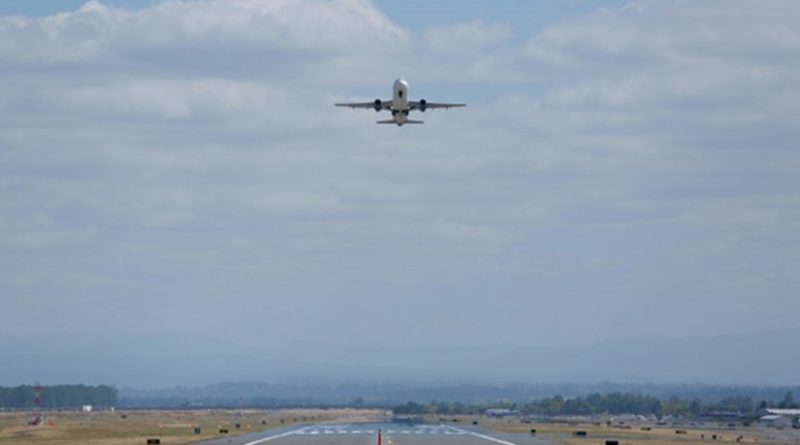 The European Commission has adopted today the 17th update of the list of airlines banned in the European Union. Some airlines – including four all-cargo air carriers from Indonesia and one air carrier from Ukraine – have been removed from the list as safety concerns have been satisfactorily addressed. However, all air carriers certified in Mozambique have been banned from flying into the EU as have the operations of Air Madagascar for two specific aircraft because of significant safety deficiencies requiring decisive action in both cases. All decisions were taken with the unanimous support of the Air Safety Committee, which consists of experts from the Member States.

Commission Vice-President Siim Kallas, responsible for transport, said: “The Commission is ready to work together with the authorities of those countries which have safety problems to overcome them as quickly and as efficiently as possible. In the meantime, safety comes first. We cannot afford any compromise in this area. Where we have evidence inside or outside the European Union that air carriers are not performing safe operations we must act to exclude any risks to safety.”

The Commission has adopted today, following the unanimous opinion of the Air Safety Committee, the 17th update of the list of airlines banned in the EU. The new list replaces the previous one established in November 2010 and can already be consulted on the Commission’s website1.

The Air Safety Committee, which met from 5 to 7 April, also examined various cases of European air carriers. The Commission is urging the authorities in several Member States to further enhance their oversight of these air carriers to ensure that all airlines established in Europe operate at the highest safety levels.

This update removes the previous ban on the operations of four Indonesian all cargo air carriers – Cardig Air, Republic Express, Asia Link and Air Maleo. This is due to solid enforcement action taken by the Indonesian authorities to ensure that their operations are safe. Restrictions on Ukrainian airline UMAir have also been removed after solid evidence showed its performance had improved.

The authorities of Angola, Cambodia, Kazakhstan and Kyrgyzstan have intensified their efforts to enforce the international safety standards. On this basis some companies that are no longer engaged in commercial air transport have been taken off the list.

In order to ensure that there were no risks for safety from the operations of certain air carriers, the Commission with the unanimous support of the members of the Air Safety Committee has decided to impose operating restrictions in two cases. First, it has imposed an operating ban on all air carriers certified in Mozambique in view of the significant deficiencies faced by the civil aviation authorities of this country as reported by the International Civil Aviation Organization (ICAO) in the framework of its Universal Safety Oversight Audit. The Commission has also imposed restrictions on the two aircraft of type Boeing 767 operated by Air Madagascar given the persisting deficiencies in their operation and oversight.

The Commission and the members of the Air Safety Committee have recognised the efforts of the authorities of these countries to reform the present civil aviation system and improve safety to guarantee that international safety standards are effectively applied. The Commission is ready to provide active support for these reforms in cooperation with ICAO, EU Member States and the European Aviation Safety Agency.

Given that new airlines were established in the Democratic Republic of Congo, they have been added to the list as all carriers from this state are subject to operating restrictions due to insufficient capacity in the competent authorities to discharge their safety oversight responsibilities at that stage.

Finally, after a lengthy discussion, the Air Safety Committee urged the Commission to intensify its dialogue on aviation safety matters with the Russian Federation to ensure that all aircraft flying into the EU comply with international standards.

The Commission is committed to supporting better compliance with international safety standards whenever possible and has in this perspective mandated the European Aviation Safety Agency to carry out a series of technical assistance missions to support the competent authorities of a number of states, in their efforts to enhance safety and address any safety concerns.

The updated European list includes all carriers certified in 21 states, accounting for 269 known air carriers, whose operations are fully banned in the European Union: Afghanistan, Angola, Benin, Republic of Congo, the Democratic Republic of Congo, Djibouti, Equatorial Guinea, Gabon (with the exception of three carriers which operate under restrictions and conditions), Indonesia (with the exception of six carriers), Kazakhstan (with the exception of one carrier which operates under restrictions and conditions), the Kyrgyz Republic, Liberia, Mauritania, Mozambique, Philippines, Sierra Leone, Sao Tome and Principe, Sudan, Swaziland and Zambia.

Additionally, the list includes ten air carriers which are allowed to operate into the EU under strict restrictions and subject to conditions: Air Astana from Kazakhstan, as mentioned before; Air Koryo from the Democratic People’s Republic of Korea; Airlift International from Ghana; Air Service Comores, Afrijet, Gabon Airlines and SN2AG from Gabon; Iran Air; TAAG Angolan Airlines; and Air Madagascar certified in Madagascar.

Decarbonizing U.S. electricity production will require both construction of renewable energy sources and retirement of power plants now operated by