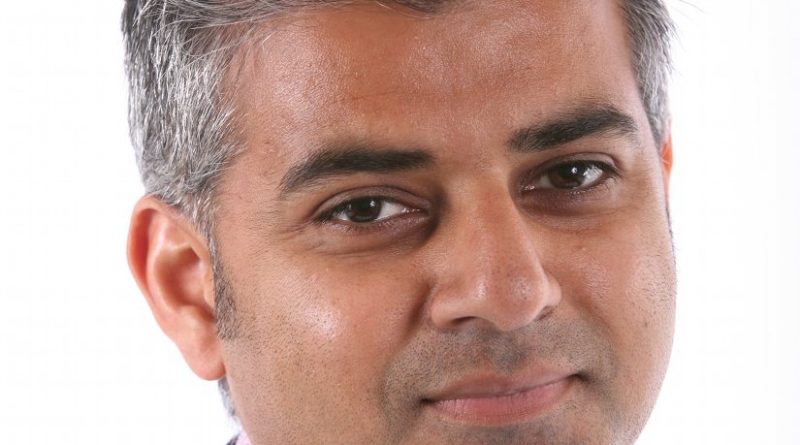 Seemingly politically inspired and media-led Islamophobic allegations and accusations of anti-semitism marred the recent UK mayoral and local elections. This potentially sets a dangerous precedence for using religious allegations as political tools and must be checked. The implications are applicable to all secular democracies, not just UK.

Recent weeks have seen a Muslim, Sadiq Khan, elected as Mayor of London while rows about anti-semitism in his own party, Labour, have dominated much media coverage in the United Kingdom. In addition, his main rival, Zac Goldsmith, along with other leading Tory voices, including Prime Minister David Cameron, sought to associate Khan with terrorism in the name of Islam including links to ISIS.

After Goldsmith’s loss many leading Tories have sought to distance themselves from the “dirty tricks” campaign, while Cameron publicly apologised to an imam he accused of being an ISIS supporter. Commentary suggests a Muslim candidate was targeted, if not smeared, as a potential terrorist sympathiser as a political ploy; notwithstanding Khan’s career and track record as a human rights lawyer and anti-extremist.
Growing Anti-Semitism and Islamophobia

Meanwhile, credible arguments suggest the media hysteria whipped up over anti-semitism in the Labour Party was also part of a campaign against both Khan and his party, especially its leader Jeremy Corbyn, in the run up to national local elections coinciding with the mayoral vote. Though there were certainly some foolish comments by prominent figures in the Labour Party, and indications that a few figures on the political left may be anti-semitic.

Whatever the rights or wrongs of the allegations mentioned above, the use of religiously-based allegations as a political football or as weaponised discourse need to be resisted. This is especially true in the current political climate.

Since 9/11, Islam has received great hostility and suspicion in the UK and elsewhere. The increased securitisation in response to what are certainly real terrorist threats have disproportionately targeted Muslims. For instance, despite being aimed at all forms of extremism it has been shown that the UK government’s Prevent Strategy has targeted Muslim communities. Again, parts of the media have at times unfairly overtly linked Islam and terrorism in ways that affect public consciousness.

It is not only Islam which has been the subject of increased hostility for, post 9/11, anti-semitism including violent attacks on Jewish people and property have been on the rise. Although documented in academic and some policy studies this often goes under the media radar.

It should be noted that the hatred and vitriol directed against Islam, alongside the denigration of Islam as a worldview, often termed Islamophobia, and anti-semitism are often linked. In certain right-wing political ideologies and white supremacist ideologies (not necessarily distinct) it is possible to locate both of these sentiments. Of course, they can also exist on their own, and so the accusations against many in the Labour Party locate a particular pro-Muslim/Palestinian and anti-semitic sentiment there. It is far from clear though that neither the Labour Party nor the UK’s political left as a whole has a higher proportion of anti-semitism than the general population and has often been at the forefront in fighting against discrimination in all forms.

Public Perceptions of Islamophobia and Anti-Semitism

The recent political and media storm, though, is very telling. Any accusations about anti-semitism are considered damning; there are proceedings to remove a former London mayor, Ken Livingstone, from the Labour Party for what appears to be a confused and poor understanding and expression about the development of Hitler’s ideas. Khan found it necessary to repudiate this former London political giant during his campaign. Many others in the Labour Party accused of anti-semitism seem simply to have been careless in expressing criticism about actions by the current Israeli government. The accusation is that they are anti-Zionist and that anti-semitism and anti-Zionism are coterminous.

Meanwhile, many on the political right, both in the Tory Party and more extreme groups such as Britain First (BF), and the British National Party (BNP) are spreading messages, online content, or accusations that could be construed as Islamophobic. However, the public appetite and wider media sentiment does not seem so concerned with this, notwithstanding much public opposition and condemnation from segments of the press. It has not, though, occupied so much media space.

The positive message, however, is that Islamophobic discourse does not seem to have infused the public sentiment: Sadiq Khan was elected mayor showing a Muslim can hold such a position – the only Muslim mayor of any major Western European city in the modern period; while BF and the BNP were humiliated in the election (polling 1.2% and 0.5% respectively). Nevertheless, the way that both Islamophobia and anti-semitism were seemingly used as tools in the campaign is worrying.

With Islamophobia and anti-semitism a growing concern globally, they should not be used as political footballs, nor weaponised for political purposes. Certainly such discourse plays a part in some successful political campaigns in a number of secular democracies around the world with undesirable results. Upholders of the principles of secularism need to be aware of and ready to resist such abuses.

The prominence given to, either blatantly false or largely untrue, accusations have set a dangerous precedent for giving such messages a place in UK political and electoral discourse in future. That, despite being on the receiving end, Labour managed both to get its mayoral candidate elected and put in a very solid local election performance may be indicative that the campaign failed and so makes this less likely. However, once the genie is let out of the bottle it can be very hard to put away again.