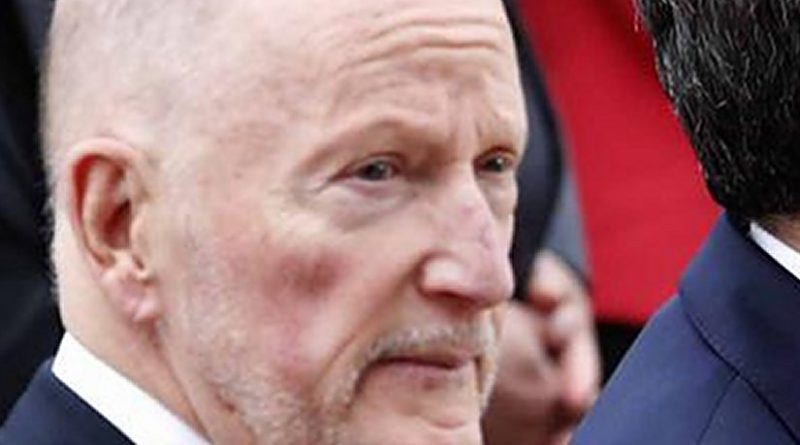 Members of the royal families of the Balkans and of Spain have descended on Sofia to celebrate the 80th birthday of Simeon Saxe-Coburg-Gotha, Bulgaria’s last monarch and a former prime minister.

Simeon Saxe-Coburg-Gotha, Bulgaria’s last reigning monarch before the Communist coup in 1944, will mark his 80th birthday at the royal palace on the outskirts of Sofia at Vranya at an event uniting members of European royal families, Bulgarian political and business leaders and prominent public figures.

The birthday of the ex-Tsar [a title his grandfather adopted in 1908] who served as prime minister of Bulgaria between 2001 and 2005, will be marked with an official service held by the Patriarch of the Bulgarian Orthodox Church in Sofia’s Alexander Nevsky Cathedral on Friday morning.

Almost the whole Bulgarian royal family, including Simeon’s wife, Queen Margarita, will be present at the service, which will be the family’s first big get-together in Bulgaria since the King’s 70th birthday ten years ago, the King’s press office announced.

Simeon has informed the royal families in Europe in January that he will have to limit the number of royal guests because the presence of royal couples from acting monarchies would require state security measures, while the birthday reception is private.

However, an exception has been granted to Balkan royals, many of whom will be present at the celebration.

Beyond the Balkans, Sophia, the Queen Mother of Spain and her sister, Princess Irina, will also be coming. King Simeon spent most of his life in exile in Spain before returning to Bulgaria.

The doyen of the Saxe-Coburg-Gotha family, to which Simeon belongs, Prince Andreas, will also attend, as will the Austrian Archduchess Elena.

Simeon Saxe-Coburg-Gotha was born in 1937, the son of King Boris III and his Italian Queen, Giovanna.

He was the grandson of the famous “Foxy” Ferdinand – whose dynamism turned an obscure Balkan backwater into a force to be reckoned with – but who came badly unstuck in the Balkan wars of 1912/13 and picked the wrong side in 1914.

Simeon acceded to the throne at the age of six in 1943 following the mysterious death of his father immediately following his return from Nazi Germany.

Bulgaria was then governed by a three-member Regency on his behalf until the Communist coup on September 9, 1944, when the regents were murdered.

Simeon remained on the throne until 1946, when a communist-run referendum on abolishing the monarchy was held and when he, together with his mother and sister, Princess Maria Luisa, were forced to flee the country.

Without ever abdicating, the young ex-King spent long years in exile, first in Alexandria, Egypt, and after 1951, in Madrid, where the Bulgarian royal family was granted asylum by General Franco.

In 1955, on his 18th birthday, Simeon II issued a manifesto to the Bulgarian people in which he confirmed his will to remain King of Bulgaria and dismissed the results of the referendum.

In 1962, he married a Spanish aristocrat, Doña Margarita Gómez-Acebo y Cejuela, with whom he had five children, four sons and a daughter. One his sons, Kardam, has predeceased him, having died tragically as a result of a car accident. He has 11 grandchildren.

He paid his first visit to Bulgaria since his childhood in 1996 after spending almost 50 years of exile. Two years later, his family regained ownership of their royal estates, which had been nationalized by the Communist regime back in the 1940s.

He returned for good to Bulgaria in 2001 and, in a historic address to the nation that year, proclaimed the formation of his own party, the National Movement Simeon II, NMSII.

The movement went on to win the 2001 parliamentary elections with a convincing majority and as a result, the ex-king became Prime Minister on July 24, 2001. Despite his promise “to fix Bulgaria in 800 days”, the actual results left many Bulgarians disappointed.

However, his coalition government with the ethnic-Turkish Movement for Rights and Freedoms, MRF, ruled for a full mandate until the next election in 2005.

After the 2005 elections, the NMSII became part of a tripartite coalition together with the Bulgarian Socialist Party and the MRF, but in the 2009 election Simeon II’s party failed to enter parliament, gradually losing political significance.