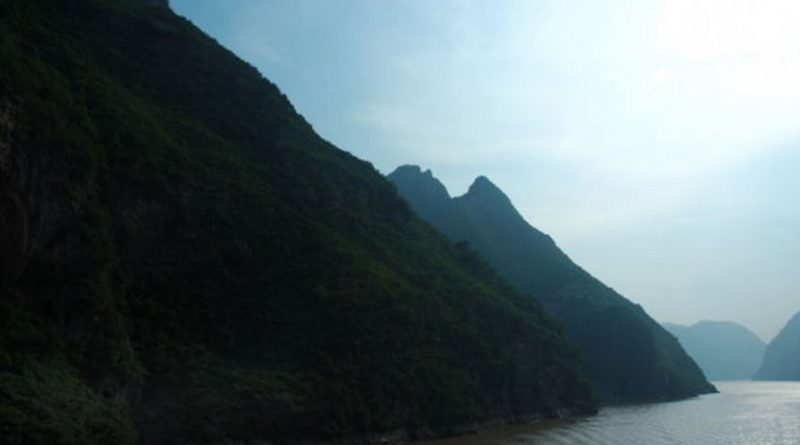 As one of the major strategies for regional development in China, the development of the Yangtze River Economic Belt aims to promote the high-quality development of the national economy. However, under the global situation, China’s development conditions and environment have undergone tremendous changes. Facing new geopolitical and geo-economic challenges, China must seek new geostrategic solutions.

In the adjustment of China’s overall “inward-looking” development strategy in the future, ANBOUND’s chief researcher Chan Kung believes that there is a need to rethink the geo-economic values of the Yangtze River Economic Belt. At the same time China needs to make adjustments to development strategies, spatial arrangements and development timing.

Chan Kung believes that in regards to China’s economic development environment, the most critical strategic step now is to restart the construction of the Yangtze River Economic Belt in a large scale, on the basis of high standards of environmental protection. Focusing on promoting economic development at the western end of the Yangtze River Economic Belt, as well as building an east-west economic space along it, this will hedge the huge impact of the great changes on the external environment of the Chinese economy. In addition, this will function to balance China’s economic growth, expand consumption space, boost consumption growth, and at the same time promote and realize the healthy transformation of China’s economy and society.

Economic construction requires time because of resource constraints. It is not just the vision and blueprint that determine the timing of construction, but more importantly, it is also the changes and trends in the development environment. China is now facing a severe and very rare geopolitical situation and the potential danger is great. The most developed export-oriented economic region of China, namely the southeast coastal area, is facing increasing pressure on the external market. Moreover, this external pressure is transforming the institutional pressure mechanism, resulting in the increasingly small and difficult space for the survival of enterprises in the southeast coast. Under such circumstances, the issues of how to expand China’s consumer market and how to dig up new market space have become a crucial policy point.

As an important development policy of China, developing the western part of China has been proposed for many years and it has been strengthened again recently. The Yangtze River Economic Belt is also an important development strategy that has been proposed in the past and now faces new development adjustments. With the current problems and challenges, the country is facing complication of the external geopolitical situation, the risk of increasingly tightening external market, and the development spaces of export-oriented economy areas being squeezed out. China will have no other alternatives but to carry out greater adjustment to its development focus, including to focus more on its internal markets, like those of the central and western parts of the country.

During the period of rapid economic growth, such policy shift can be achieved by merely providing policy development goals. Resource mobilization, technical preparation, industrial choice and capital support will later follow the policy vision and goals, while resource delivery can adjust itself through trial and error in the market. However, the situation is now very different. In the context of a significant slowdown in economic growth and limited financial resources, resource allocation will be increasingly restricted and constrained. Because increasingly obvious risk factors impose more restrictions, forcing technology, capital, and industry to not only require clear policy development goals, but also locate a practical policy path. As a result, the problem of regional development of the Yangtze River area began to emerge.

ANBOUND’s calculations show that at present, at the east and west ends of the Yangtze River Economic Belt in China, the difference in GDP added value is about RMB 12 trillion and there is a clear twice difference. The development gap has also brought policy space. Once China has achieved basic balanced development on both the east and west sides of the Yangtze River Economic Belt, its central and western market space will burst out with huge development momentum. Not surprisingly, after the space in the western market has matured, the added value of the new GDP in three years is almost equivalent to the current total scale of local debt in the country. This actually provides an effective solution to the problem of local debts. The development space and potentials are huge and the prospects are promising.

According to the calculations based on American experiences and researches, a fleet of 15, 1500-ton barges has a load capacity equivalent to 2.25 trains consisting of 100-coach train or 870 large trucks. At the same time, the ratio of inland river transportation freight to railway and highway freight is about 1:4:30, which shows that river transportation has a unique cost advantage. From the perspective of regional economy, more importantly, the development and prosperity of the inland river economic zone had also benefited from the construction of the inland water transportation system to a certain extent. In Europe, the entire economic, industrial and commercial development area along the Rhine Is rather prosperous. The American example is more convincing. With the completion of the Mississippi River remediation from 1952 to 1979, there were 11,200 new and expanded industrial enterprises along the Mississippi River in the United States, with an average of more than 400 new industrial enterprises added each year. Even in the tributary, which is only 93 kilometers long along the Ohio River, there are 37 new factories, with an average of one company starting production every 2.5 kilometers. Therefore, the opening-up of the Yangtze River waterway should focus on the regional economy and on using the relative advantages of costs to promote the westward movement of the industry, so as to achieve balanced development of the east and west ends of the Yangtze River Economic Belt. This in turn, will realize China’s major goal of developing the western part of the country.

As a policy research report, we hope to use the geo-strategy as the basic framework and redefine the original development concept, in relations to the development of western China and to define a new type of development relation between Yangtze River Economic Belt and Yangtze River Golden Waterway. Under the new geopolitical situation, there is the need to explore a new growth space for China’s future economic growth and more importantly, provide a reliable and effective grip and breakthrough. This will create and lay the foundation for China’s overall public welfare supply and long-term stable economic growth.

Against the backdrop of the drastic changes in the external geopolitical environment in China, it has become very important to reconstruct the geo-economic structure and policy system in its domestic market and the western part of the country. It is necessary for China to adapt the western-development strategy and make use of the Yangtze River’s waterways to develop the western region of Yangtze River Economic Belt so as to explore new space for China’s economic growth.