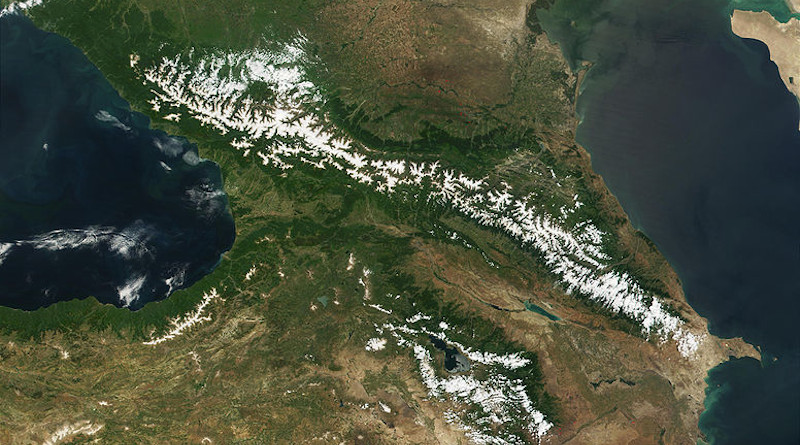 In the West analyses abound on possible rapprochement between the West and Russia. This is mainly caused by China’s rise and the West’s fear that Russia could eventually be lost to Beijing’s economic, military and technological superiority. The possible West-Russia rapprochement will have a direct impact on the three South Caucasus states. Each country will react differently, but overall the three oppose the idea of a possible Western withdrawal as it will increase Russian influence and limit diversification of their foreign policy.

China and the US are in the midst of emerging global competition. Russia is an important player to watch as both Beijing and Washington will try to gain Russian support for their respective geopolitical visions. Surely, the US can confront Russia and China simultaneously (as it does currently), but with Russia being drawn closer to the West, the US will be better positioned to confront the rising China.

Instead of focusing on Russia, containing it through a wider support for the vulnerable territories from the Baltic to the Black Sea, the US is now shifting its attention away from the Russian borders to the rising Indo-Pacific region. For the Russians this shift means that American power will be depleted elsewhere.

Another feature of Russian thinking is that the US-China conflict might enable it to advance their own interests, which have been limited by the West over the past three decades. This was mostly evident in the former Soviet space. The successful western expansion into Russia’s neighborhood halted Moscow’s projection of power. The Russian political elite thus sees the nascent US-China competition as a chance to enhance its weakened geopolitical position across the former Soviet space.

Russians believe that both Washington and Beijing will need Russian support. This logic is driving the Kremlin’s approach towards Beijing and Washington. Russia wants to position itself to have the US and China strongly competing with one another to win her favor. If Moscow sides with the West, the concessions to Russia could be more significant than that those potentially offered by the Chinese. Ukraine and the South Caucasus would be the biggest prizes, with NATO expansion closer to Russia’s wishes.

For the moment, this tentative rapprochement might sound highly hypothetical. But Russia has its own reasons to worry about rising Chinese influence, which in the next decade or so could drive the Kremlin towards finding a compromise with the West. This in turn makes one think that in the long run Russia is interested in having the Western counterbalance to China.

West-Russia rapprochement will primarily impact the lands adjoining Russia, or what we commonly call the borderlands, which mostly consist of the former Soviet republics. Ukraine and Moldova have territorial problems with Russia, while in the South Caucasus there is a mixture of territorial issues with Russian economic and military overbearance.

Let us start with Georgia. Perhaps a tentative West-Russia compromise would cool down the existing Russo-Georgian confrontation. However, many in Georgia fear that possible improvement of West-Russia relations could potentially mean Washington’s abandonment of larger aid to Georgia and the latter’s hopes for NATO aspirations.

Tbilisi’s fears are aggravated by the developments in the EU too. Since the Ukraine crisis in 2014, Brussels and Washington have been working in concert to impose and keep economic sanctions against Russia. This combined western resolve also meant the gradual increase of NATO troop presence in eastern Europe.

However, Russia’s recent return to PACE and the restoration of military cooperation between France and Russia (frozen since 2014) indicate that changes in Russia’s EU policy might be forthcoming. It should be added that the French president has insisted on the need to build more stable relations with the Kremlin. In several successive interviews Macron warned that Europe might eventually lose Russia to China.

More importantly, these statements and political moves coincide with a widening gap in between the transatlantic allies. The US’ policies are often at odds with European security imperatives. Take, for example, the US’ decision to cut down its troop presence in Germany by some 9 500 soldiers. A significant decrease whose meaning for the Russians is unmistakable – the US is increasingly unwilling to commit itself to the defense of the European mainland.

Differences in the West cause fears for Georgia. A rethinking of Georgia’s foreign policy might need to take place. It is no surprise that in September 2019, Georgian and Russian FMs (David Zalkaliani and Sergey Lavrov respectively) held a meeting for the first time since the Russian-Georgian War of 2008. It is likely that similar meetings could take place in the future. However, it is also worth stating that a full re-establishment of diplomatic relations is unlikely to happen.

Thus, any decrease of Western support for Georgia will have direct impact on the security of the country. Russia will try gradually increasing its influence through economic and political means. In the long run, this could sap Georgia’s resolve to pursue pro-western policies.

For the moment however, the US continues to support Georgia. For instance, since 2010, US non-military aid to Georgia stands at $64 million a year on average. This sum does not include various programs such as the five-year Millennium Challenge Corporation grant of $140 million to support education. As for the military, in 2018, US military aid to Georgia reached $40.4 million. 400 Javelin portable anti-tank missiles were also sold to Georgia.

The pandemic further underscored the US’ support when its Department of Agriculture (USDA), Food for Progress programme, donated 27,000 tonnes of high-quality wheat to support Georgia when Russia prohibited exports of this product.

Additionally, a string of letters and statements coming from the US senators and congressmen over the past several months indicate the US is deeply involved Georgia’s fate.

Apart from the US, the EU too, despite the pandemic-related troubles, showed continuity in its approach to its eastern neighbors. In March a new Eastern Partnership was introduced – a milestone development as the project was feared to stall significantly.

The West’s collective approach to Armenia and Azerbaijan differs. But there are crucial interests which the EU and the US intend to pursue. Those are mainly regional infrastructure projects such as pipelines, railways and roads connecting the Caspian with the Black Sea.

Potential West-Russia rapprochement will have a lesser impact on Armenia and Azerbaijan. However, the two countries are not interested in having larger Russian influence in the region. The EU and the US represent a certain counterbalance for Armenia and Azerbaijan against the Kremlin’s geopolitical ambitions. Western withdrawal from the South Caucasus would bring a longer stalling of the Nagorno-Karabakh problem. Dependence on Russian trade and military support will increase leaving little room for the geopolitical maneuvering we witness from time to time: Azerbaijan and Armenia seeking other sources of military technology from Pakistan and India respectively.

Azerbaijan fears that an increased Russian influence as a result of tentative West-Russia rapprochement could result in the blocking of Azeri gas/oil from reaching the Mediterranean. This re-routing of exports to Russian pipelines is what Baku fears the most.

Overall, it could be argued that a certain change in perspective is taking place in the West. Loss of Russia to China is now widely discussed and different visions are being put forward to mend relations with the Kremlin. The rapprochement is still a far-fetched scenario. As shown above, the US and EU show a continuous resolve in supporting Georgia. Nevertheless, the South Caucasus needs to be discussed within the wider Eurasian context. The region could find itself in an uncomfortable place of being a bargaining chip between Russia and the West if the latter decided to have the Kremlin on its side in a growing competition with China. To avoid this situation, South Caucasus states should diversify their foreign policy and cooperate closely with the collective West.