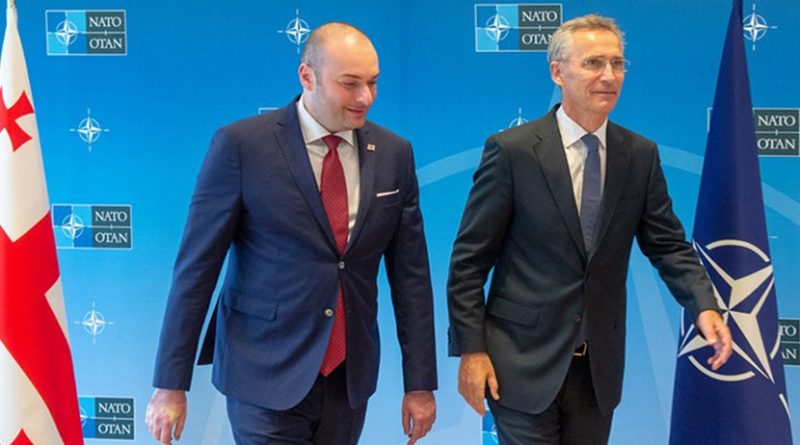 “At the Summit last week, all 29 Allies reaffirmed that Georgia will become a member of NATO. This is in line with the decision we made at our Bucharest Summit in 2008,” Stoltenberg said.

Stoltenberg underlined that NATO will continue to help Georgia to prepare for membership and welcomed the country’s reform progress. He noted that the Substantial NATO-Georgia Package is bolstering Georgia’s defence reforms, including with the NATO-Georgia Joint Training Centre. “I also expect broad Allied participation in next year’s NATO-Georgia exercise,” he said.

The Secretary General and Prime Minister Bakhtadze also discussed the security situation in the Black Sea and Russia’s substantial military build-up in the region.

“The Black Sea is of strategic importance and NATO and Georgia are stepping up our cooperation in the area,” said Stoltenberg.

The Alliance is helping to train Georgian Coast Guard boarding teams, interacting with Georgian naval forces and cooperating with Georgia’s Joint Maritime Operations Centre. The Secretary General stressed that NATO is united in support for Georgia’s security and territorial integrity within its internationally recognised borders, adding: “we call on Russia to withdraw its forces from your country.”