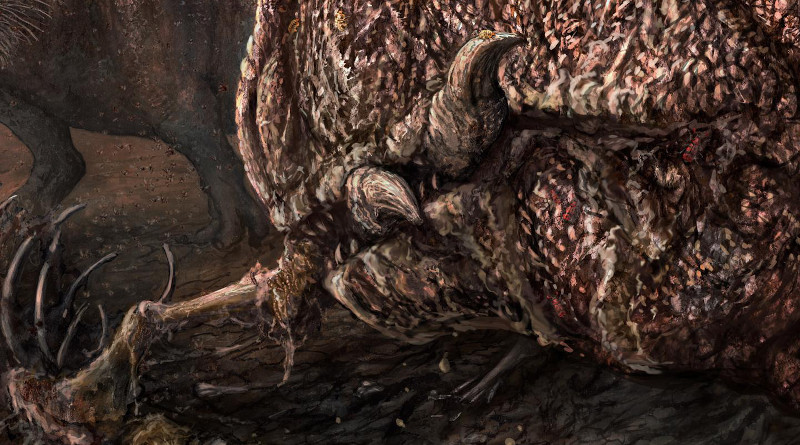 Top predators dinosaurs like the Allosaurus and Ceratosaurus devouring dinosaur remains isn’t all that surprising, but the smaller creatures feasting on dinosaur remains may just give us a more complete picture of what life was like at Mygatt-Moore Quarry outside Fruita, Colorado 152 million years ago.

A new study out in PeerJ authored by Museums of Western Colorado’s Paleontologist Dr. Julia McHugh, looks at the insect species who feasted on decaying dinosaurs back in the Jurassic period.

It also gave researchers a better understanding of just how stinky the Jurassic period was too. The abundance of traces meant that the dinosaur carcasses must have been unburied for a long time – 5 months to 6 years or more according to this new study. “Large carcasses take a long time to decompose. The smell from a dead mouse in your basement is bad enough, but then imagine that mouse was a 65-foot long animal! The stench of rotting meat would have been a magnet for carrion insects and other scavengers,” Dr. McHugh explains.