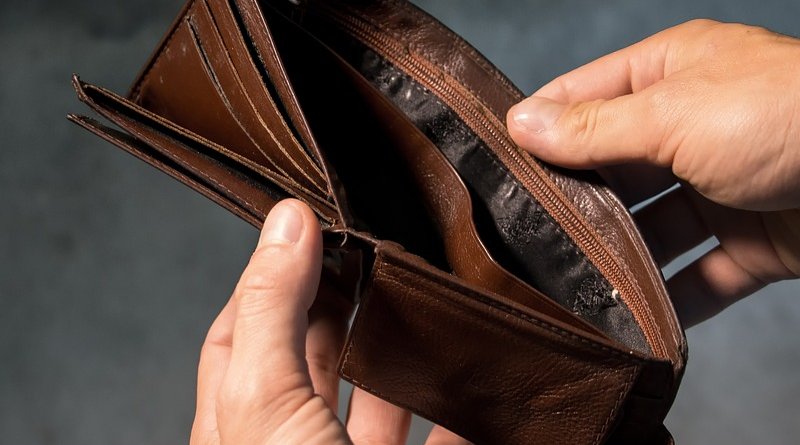 Furthermore, a minimum wage that grew in step with the rapid rises in productivity in these decades did not lead to mass unemployment. The year-round average for the unemployment rate in 1968 was 3.6 percent, a lower average than for any year in the last half century.

Think of what the country would look like if the lowest paying jobs, think of dishwashers or custodians, paid $26 an hour. That would mean someone who worked a 2000 hour year would have an annual income of $52,000. This income would put a single mother with two kids at well over twice the poverty level.

And, this is just for starting wages. Presumably workers would see their pay increase above the minimum as they stayed at their job for a number of years and ideally were promoted to better paying positions. If we assume that after 10 or 15 years their pay had risen by 20 percent, then these workers at the bottom of the pay ladder would be getting more than $60,000 a year.

While that is hardly a luxurious standard of living, it is certainly enough to support a middle-class lifestyle. For a two-earner couple this would be $120,000 a year. Imagine this is what people at the very bottom of the labor force could reasonably expect when they are in their thirties and forties.

Don’t Try This at Home

The $26 an hour is useful as a thought experiment for envisioning what the world might look like today, but it would not be realistic as policy for local, state, or even national minimum wage without many other changes to the economy. A minimum wage this high would almost certainly lead to large-scale unemployment, and that would be true even if it were phased in over five or six years.

The problem is that we have made many changes to the economy that shifted huge amounts of income upward, so that we cannot support a pay structure that gives workers at the bottom $52,000 a year. This is the whole point of my book, Rigged [it’s free], we have restructured the economy in ways that ensure a disproportionate share of income goes to those at the top. If the bottom half or 80 percent of the workforce got the same share they got 50 years ago, we would have an enormous problem with inflation.

Just to quickly run through the short list, we can start with my favorites, government-granted patent and copyright monopolies. Items like drugs, medical equipment, and computer software, which would all be relatively cheap in a free market, instead cost us huge amounts of money because of these monopolies. In the case of prescription drugs alone, patent monopolies and related protections may add more than $400 billion a year (roughly $3,000 per family) to our annual bill. In total, the cost from these protections can easily exceed $1 trillion a year (almost $8,000 per family).

And the beneficiaries from patent and copyright monopolies are overwhelming those at the top end of the income distribution. Many workers in the tech sector make high six or even seven figure salaries. Lucky winners can walk away with tens or even hundreds of millions of dollars because of these government-granted monopolies. Bill Gates would probably still be working for a living if the government was not prepared to arrest anyone who made copies of Microsoft software without his permission.

And yes, there are other ways to finance creative work and innovation. We can pay people, sort of like we do with just about every other task in the economy. (Read chapter 5 of Rigged.)

Next, we have corporate governance. The story here is that we have tens, or ever hundreds, of millions of dollars going to CEOs, who don’t produce value anywhere close to this amount. This is not a moral judgement about the worth of the CEO. The point is that in almost all cases it would be possible to pay a person $2 or $3 million who would produce as much shareholder value as a CEO getting $20 million.

The reason we don’t see downward pressure on CEO pay is that the corporate boards that most immediately determine CEO pay are largely selected by the CEO and other top management. They have no incentive to lower CEO pay. From their vantage point, there is no downside to grossly inflated CEO pay (it’s not their money), and there is no reason to risk antagonizing other board members by suggesting that their friend the CEO gets too much money.

Bloated CEO pay matters not only for the relatively small number of people who run major companies, but also for its impact on pay scales for those near the top. If the CEO gets $20 million, the chief financial officer may get $10-$12 million. And third tier execs may get $1-$2 million. [1]

The picture would look very different if CEOs got paid $2-$3 million, as would be the case if we had the same pay ratios between CEOs and ordinary workers as in the 1960s.  In that case, the third-tier executives would probably be looking at mid or high six figure salaries, not millions of dollars a year.

The financial sector is another place where we structure the economy to give large sums to a small number of rich people. We have created a tax and regulatory structure that allows some people to get incredibly rich by making little or no contribution to the productive economy. For example, it would be hugely more efficient if we all had digital bank accounts with the Fed, from which we could make all our payments and where we could receive our monthly paycheck and other income, at virtually zero cost.

The most obvious reason that we don’t have such a system is that it would deprive the banking industry of tens of billions in annual fees. There is no reason that we should not have a modest financial transactions tax along the lines of the 0.1 percent tax proposed by Senator Schatz. (Most other sectors have sales taxes, which are far higher.)  We can also make it difficult for public pension funds to hand billions in fees to private equity partners who do not produce higher returns. The same applies to private universities who seem to like having friends make millions off their endowments while losing the university money.

And, we have our doctors and other highly paid professionals, who make more than twice as much as their counterparts in other wealthy countries because we protect them from competition, both foreign and domestic. If we paid our doctors the same as doctors in Germany or France, it would save us close to $100 billion annually, or roughly $750 per family. If we subjected all our highly paid professions to the same sort of competition as our auto and textile workers, the savings could be twice as high.

To see how the bloated incomes for those at the top, make it impossible for those in the middle and bottom to get decent pay, imagine that the high-end incomes came in the form of government checks. Instead of Bill Gates getting his billions from Microsoft’s patent and copyright monopolies, suppose their software sold at free market prices, but the government sent him billions of dollars each year to allow him to accumulate his current fortune.

Suppose we did the same with the pharmaceutical industry, sending top executives tens of billions annually, as all drugs were now being sold as cheap generics. And, the government paid out tens or hundreds of millions of dollars each year to private equity and hedge fund partners and other big winners in finance.

If we added this up, we would be increasing government spending on the order of $1-2 trillion annually, or $10 to $20 trillion over a 10-year budget horizon. If we did not offset this burst of spending on the country’s richest people with some serious tax increases, we would be looking at very real problems with inflation — too much money chasing too few goods and services, to take the classic storyline.

But, we did effectively have tax increases. We made the government’s labor policy far more hostile to unions, radically reducing the unionized share of the workforce, as well as reducing the power of those who are organized. We also subjected our manufacturing workers to direct competition with the lowest paid workers around the world, putting serious downward pressure on what had been a relatively privileged segment of the labor market.

It would be a great story if we could reestablish the link between the minimum wage and productivity and make up the ground lost over the last half century. But we have to make many other changes in the economy to make this possible. These changes are well worth making.

This article was published in Dean Baker’s Beat the Press column.

[1] It’s amazing that many people can complain about share buybacks being used to manipulate the markets and thereby increase the value of top management’s options, without recognizing that this is a story of management ripping off shareholders. If shareholders want top management to have more money, they could just pay them more money, they don’t have to force them to commit stock fraud to increase their pay checks.