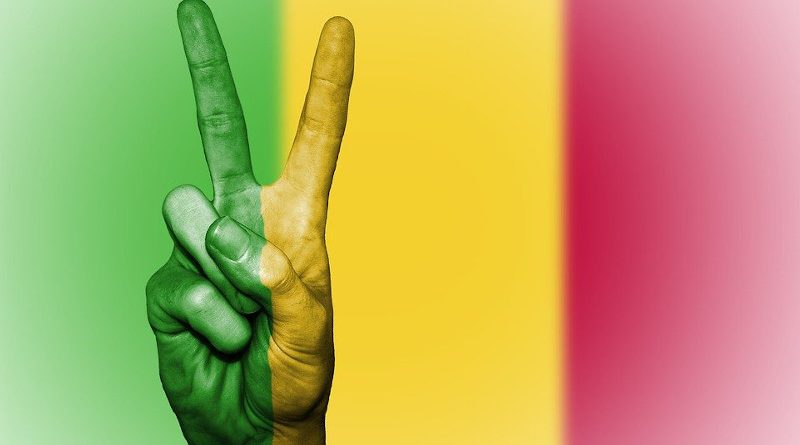 On March 26, 2020, three days before Mali’s parliamentary elections, opposition leader Soumaïla Cissé was campaigning in Tibuktu when he and six of his aides were seized by armed terrorists.

The results of the ensuing parliamentary elections were questioned by local protesters and foreign diplomats. Some districts in the northern region of Kidal, where the ruling party won by huge margins, recorded suspiciously high voter turnout and voting margins as high as 97 percent. Over 700 polling places were closed because due to the threat of terrorism. The ruling party, Rally for Mali, had ten seats added to its plurality after results were overturned by the courts.

The parliamentary elections were far from the only recent elections in Mali to be credibly questioned. The 2018 presidential election, too, of which Keïta was declared winner, but runner-up Cissé claimed victory, led to mass protests. These protests culminated in the coup that arrested Keïta and overthrew his government on August 18.

Then, foreign commentators and foreign governments stepped up to voice their opinions on Mali politics, criticizing the coup and applying sanctions. Joseph Siegle and Daniel Eizenga of the Africa Center for Strategic Studies at National Defense University wrote that the coup leaders should be prosecuted. The United States, France, and the African Union slammed the coup as anti-democratic.

But the extent to which the Keïta administration respected democracy in the first place is up for question. Where were the demands for Keïta to step down from those same countries that are now calling for the new government to immediately give up power?

We should not be so quick to judge the coup as the destruction of democracy in Mali. In fact, it could be the beginning of the rejuvenation of democracy. The National Committee for the Salvation of the People, the title the junta government has adopted, has sworn in a transitional president and pledges to hold elections in eighteen months. They are in talks with pro-democracy politicians, including Tall.

When the military came down the street in trucks, raising machine guns in the air, on the day of the coup, a cheering and dancing public welcomed them. The protesters who had been demanding Keïta’s resignation were happy to see Keïta leave office, even if they are not fully supportive of the junta.

In fact, the Africa Youth Survey found that 77 percent of Mali’s youth prefer “stability” over “democracy.” Although 48 percent of young Africans in the sub-Saharan African countries surveyed said the same thing, the number was highest in Mali.

That shouldn’t be surprising. Up until now, Malians have had neither true democracy nor stability. They have been promised “democracy” after one coup then another only to be disappointed. “The 2012 transition did not live up to those expectations,” Baba Dakono, a researcher at the Citizen’s Observatory on Governance and Security, said.

It’s not that the people of Mali and other African countries do not want true democracy. The African Youth Survey also found that Africans exhibit strong support for democratic values. Eight-five percent support freedom of belief, 70 percent plan to vote in upcoming elections, and large majorities support doing more to address inequality and access to internet and infrastructure. But they are becoming skeptical of false words, particularly in the countries with the most instability and worst performing governments.

Not only was Mali’s previous government unable to ensure confidence in its election results. It also failed to ensure its citizens’ survival and well-being. Al Qaeda-linked terrorists have continued to ravage much of northern Mali since 2012. In just 2019, there were over 4,000 people killed by terrorists in Mali and neighboring countries. Mali’s GDP growth rate has declined each year since 2014.

Similarly, in other countries with relatively low levels of support for democracy in the African Youth Survey, the government has also been unresponsive or incompetent. In South Africa, where former President Jacob Zuma is facing massive corruption allegations and charges, 54 percent support stability.

When democratic governments themselves respect democratic values, and when they respond to the will of the people, then there will be more support for democracy.

In early October, Soumaïla Cissé was released from his captors. There should be reason for optimism. Instead of fighting over the past, we should support Mali in building a brighter future.