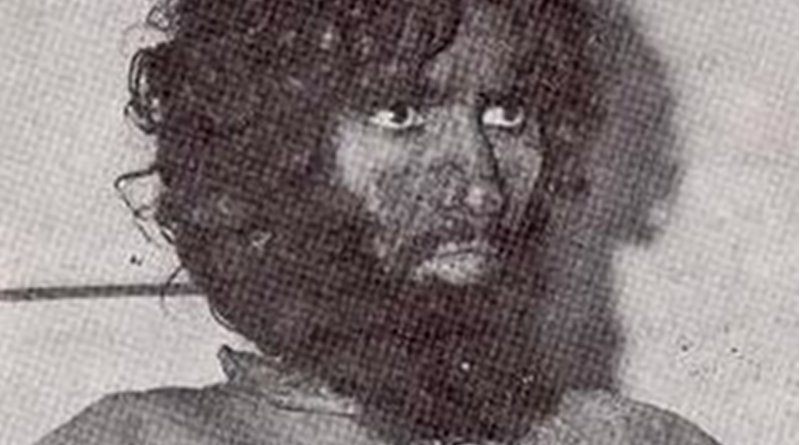 In November 1979, the Middle East was already on a knife edge. In Iran, a liberal monarchy that had ruled for almost four decades had just been overthrown by a fundamentalist theocracy preaching a return to medieval religious values that many feared would pollute and destabilize the entire region.

For the citizens of Saudi Arabia, however, the greatest shock was yet to come. The sacrilegious storming of the Grand Mosque in Makkah by armed fanatics that month sent shockwaves through the entire Islamic world.

Murder and mayhem erupted in the very heart of Islam, perpetrated by a reactionary sect determined to overthrow the Saudi government and convinced that one among their number was the Mahdi, the redeemer of Islam whose appearance, according to the hadith, heralds the Day of Judgment.

Ahead lay two weeks of bitter, bloody fighting as Saudi forces fought to reclaim the Holy Haram for the true faith, but that battle was merely the overture to a war for the very soul of Islam in the Kingdom.

Open, progressive and religiously tolerant, Saudi Arabia was about to travel back in time. Only now, as the Kingdom pushes forward into a new era of transparency and modernization, can the full story of the siege of Makkah and the regressive shadow it would cast over the country for the next 40 years finally be told.

As the citizens of Makkah and those pilgrims who had remained behind after Hajj saw out the final hours of Dhu Al-Hijjah, the 12th and final month of the Islamic calendar, and prepared to greet the year 1400 in prayer within the precincts of the Grand Mosque, a few inconspicuous pickup trucks slipped unchallenged into it through an entrance used by construction workers under the Fatah Gate, on the north side of the mosque.

The trucks and the men who drove them were there at the bidding of Juhayman Al-Otaibi, a disaffected former corporal in the Saudi National Guard.

As a firebrand at the head of a small group of religious students based in a small village outside Madinah, Juhayman had been on the radar of the authorities for some time. According to Prince Turki Al-Faisal, who in 1979 was the head of Saudi Arabia’s General Intelligence Directorate, the group consisted of students from various religious seminaries who had put their faith in the eschatological figure of the Mahdi, the supposed redeemer of Islam.

“Their aim, according to their beliefs, was to liberate the Grand Mosque from the apostate rulers of the Kingdom and to liberate all Muslims by the coming of the so-called Mahdi,” Prince Turki said in an interview with Arab News.

Juhayman and his group were set on a path that would lead to tragedy, reaching out to potential recruits both inside and outside the Kingdom. “Through their correspondence and preaching, they managed to recruit a few individuals,” Prince Turki said.

One temporary recruit was the Saudi writer Abdo Khal, who in 2010 won the International Prize for Arabic Fiction for his novel “Throwing Sparks.” In an interview in 2017 with MBC television, he said that when he was 17 he was one of Juhayman’s men and had even helped to spread the group’s ideology by distributing leaflets.

“It’s true, I was going to be part of one of the groups that was going to enter the Haram,” he said and, were it not for the intervention of his elder sister, he might have found himself among those who were to seize the Grand Mosque.

But his sister stopped him going to the rendezvous point, on the ground that he was too young to be sleeping away from home for three nights. Almost certainly, she saved his life. “And then, on the fourth day, the horrendous incident happened.”

Writer Mansour Alnogaidan was only 11 years old when the siege happened, but like many Saudis of his generation, he felt the tug of various Salafi groups in his youth.

Now general manager of Harf and Fasela Media, which operates counter-terrorism websites, he has done extensive research on the Makkah siege.

Alnogaidan says there were a number of possible reasons behind the 1979 incident, including an existing idea in the mind of Juhayman and his group that they were the successors of a Bedouin movement by the name of “Ikhwan-men-taa-Allah.”

“Some believed they had a vendetta against the Saudi government,” he said in an interview with Arab News. “Another issue was essentially the personal desires of certain people (such as Juhayman) who sought power and control. He wanted to satisfy something inside him.”

Alnogaidan added: “Also, we must not forget that this incident came after the Khomeini revolution in Iran, which had an influence even though not a direct one.”

Juhayman and his group were on the radar of the security services. Over time, recalled Prince Turki, “there were many attempts by authorized religious scholars in the Kingdom to rectify the group’s beliefs by discussion, argument and persuasion.”

Occasionally individuals were taken in for questioning by the authorities “because they were considered to be potentially disruptive to society. Once they were taken in, however, they always gave affidavits and signed assurances that they would not continue with the preaching and so on.”

But “once they were released, of course, they returned to their previous ways.”

At some point in the closing months of the 13th Islamic century, Juhayman’s group identified one of their number, Juhayman’s brother-in-law Mohammed Al-Qahtani, as the Mahdi.

In the early hours of Tuesday, Nov. 20, 1979, as the inhabitants of Makkah and the pilgrims who had lingered after Hajj gravitated toward the Grand Mosque for the once-in-a-lifetime opportunity to experience the dawning of a new century in Islam’s holiest place, the stage was set for the most unholy of outrages.

Carrying firearms within the Grand Mosque was strictly forbidden; even the guards were armed only with sticks. An armed assault on the precincts of the mosque — on the sacred values it enshrined for the world’s two billion Muslims — was unthinkable.

But on the first day of the Islamic new year of 1400, the unthinkable happened.