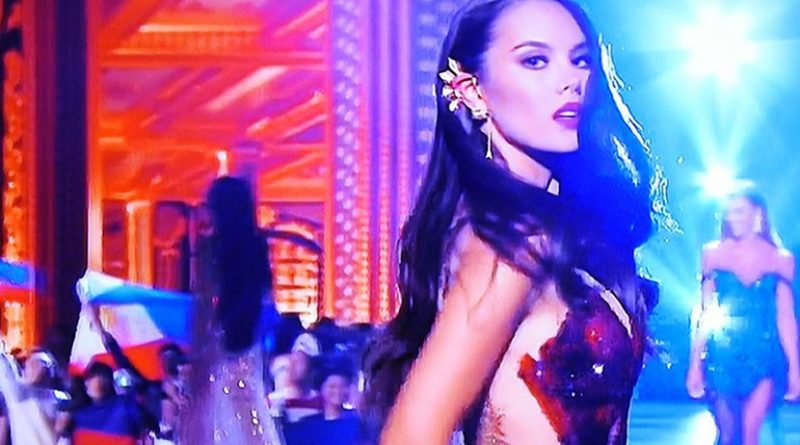 A children’s rights group in Manila has praised this year’s winner of the Miss Universe pageant, Catriona Gray, for her work with children in slums even before she won the crown.

“We highly commend her efforts in giving the world a glimpse of the heart-wrecking condition of Filipino children,” read a statement from the group Salinlahi Alliance for Children’s Concerns.

During the pageant coronation event on Dec. 17 in Thailand, Gray, who has been working in the slums of Manila, said that a “lack of child support, not poverty” is killing the dreams of children. When asked what is the most important lesson she learned in life, and how she would apply it to her time as Miss Universe, the Filipina beauty said she would do her best to teach people to be “grateful.”

“I would bring this aspect as a Miss Universe to see situations with a silver lining, and to assess where I could give something, where I could provide something as a spokesperson,” she added. “If I could also teach people to be grateful, we could have an amazing world where negativity could not grow and foster, and children would have a smile on their faces,” said the new Miss Universe.

The non-government group Salinlahi agreed with Gray that the situation of poor Filipino children has been “further aggravated” by a “lack of child support primarily from the government.”

“We cannot but agree that despite this, there’s still a silver lining,” said Eule Rico Bonganay, secretary-general of Salinlahi.  “We see hope in the eyes of children and it gives us so much strength and courage to aspire and work for a better world where every child is respected and cared for,” he added.

Gray, was a 24-year-old Australian-born Filipino television host, singer, model, and stage actress before she was crowned Miss Universe.  She is the fourth Filipino to win the pageant. Born in Cairns, Australia to an Australian father and Filipino mother, Gray moved to the Philippines in her late teens.

Even before she took part in the Miss Universe pageant, she had been advocating for HIV/AIDS awareness, and education, particularly for impoverished young Filipinos. In its statement, Salinlahi urged Gray to continue fighting for the rights of Filipino children.