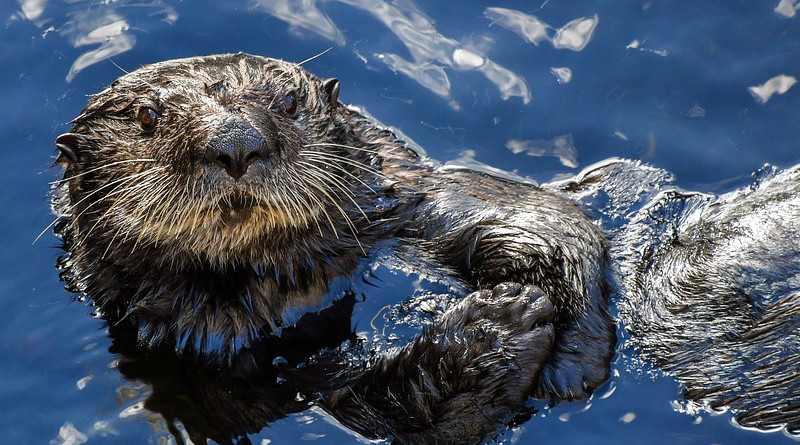 A parasite known only to be hosted in North America by the Virginia opossum is infecting sea otters along the West Coast. A study from the University of California, Davis, elucidates the sometimes surprising and complex pathways infectious pathogens can move from land to sea to sea otter.

For the study, published in the journal Scientific Reports, researchers tested sea otters ranging from Southern California to Alaska for the presence of Sarcocystis neurona, a parasite and important cause of death in sea otters.

They were surprised to find several infected sea otters in the northern part of Vancouver Island in British Columbia, where Virginia opossums — also known as the North American opossum — are not known to live. They wondered: Could this parasite travel very long distances in water, or is there an additional unknown host for this pathogen?

To answer this question, the scientists examined spatial patterns and previous research into pathogen transmission, diet and movement of otters. Their results suggest the pathogen may be carried by water runoff from land to sea, where it can be concentrated through ocean movement and prey species, such as clams.

LEARNING FROM OTTERS AND CATS

A related parasite, Toxoplasma gondii, is also known to kill sea otters. Decades of research by a consortium of scientists led by UC Davis School of Veterinary Medicine and the California Department of Fish and Wildlife traced that parasite to another land-based mammal — wild and domestic cats near watersheds.

“We know S. neurona kills sea otters, and we were pretty sure it comes from the land, but we didn’t really know how this pathogen finds them,” said lead author Tristan Burgess, a doctoral student in the lab of Christine Kreuder Johnson at the UC Davis One Health Institute at the time of the study. “This new research suggests that there may be a long and complex transmission pathway, a little like the way Toxoplasma finds sea otters, but with a different cast of characters.”

Most infections occurred in California and Washington, more so than Alaska and British Columbia. The study found that higher risks of exposure were associated with:

This study highlights risk factors for one species’ exposure to one parasite. But it also provides a better understanding of how parasites and infection can move from land to sea to marine mammals.

“Seemingly unimportant species can be important in unexpected ways,” Burgess said. “We should also remember the value of marine mammals as sentinels, not just of the health of their marine habitat, but of nearby terrestrial environments, too.”

S. neurona may be most familiar to horse owners, as the cause of equine protozoal myeloencephalitis, or EPM. UC Davis developed the diagnostic test for the disease in horses, and it has since been adapted for use in sea otters.