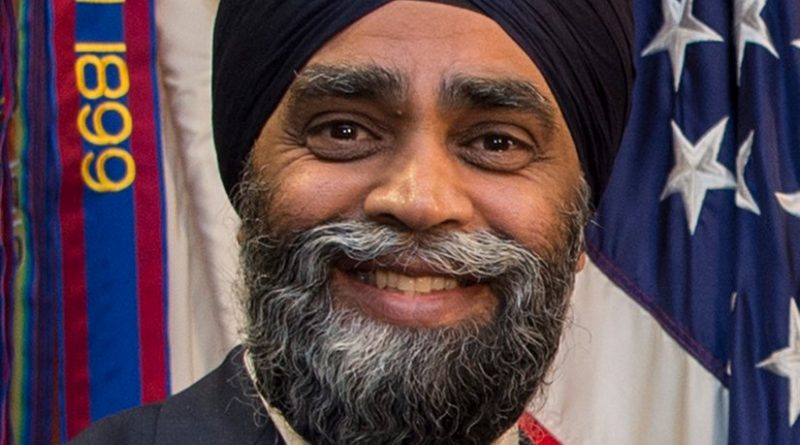 On the visit of Canada’s Minister for Defense Harjit Sajjan to India, the Punjabi Chief Minister Amarinder Singh put up a show of undiplomatic bluster that matched the bullying and arrogance of a typical third world politician, revealing his credentials for being a clueless about decency, let alone international relations.

Shooting off his mouth, the Punjabi Minister ludicrously lied that the decorated Canadian Defense Minister is a “Sikh Separatist.” This is not first time the Punjabi Minister has gotten himself into trouble with the Canadian government. The politician has been banned by Canada for violating Canadian law and illegally raising campaign money from Punjabi expatriates. Despite making a fool of himself in front of the international press, Amarinder Singh also gave an excellent show of being a dysfunctional Anti-Sikh demagogue – a nationalistic honor in despotic India.

The Canadian High Commission in New Delhi rightly denounced Amarinder Singh’s bluster as “inaccurate and disappointing.” However, Amarinder Singh’s disgraceful arrogance made him an instant celebrity of scoundrel media having a deplorable legacy of cheerleading state propaganda.

Like all of India’s State Chief Ministers, Amarinder Singh is India’s authoritarian appointee- reigning the State of Punjab, he has been accused by opposition of rigging the elections. He is the ruling mob boss of Congress Party-presided by the infamous Gandhi crime family- that led national campaign of slaughter and genocide of Sikhs in 1984 to venerate a cold blooded nationalism.

It’s a twisted honor for Amarinder Singh to be part of a party that has only produced a rogue gallery of unindicted war criminals, rapists and mass murderers. Yes, Amarinder Singh is a Sikh in appearance, but he acts as a chief tyrant of a savagely racist police state, practicing an authoritarian nationalism.

This is why when Sikhs seek to practice liberty and democracy in India, they’re automatically called “terrorists” and “extremists” by despots of India. State terrorism is legitimized to justify endless brutalization of defenseless civilians.

Harjit Sajjan embarrasses India’s politicians who look undeserving to serve public interest. Besides doing an excellent job in making a fool of himself, Amarinder Singh did succeed in proving himself to be a wanker third world politician.