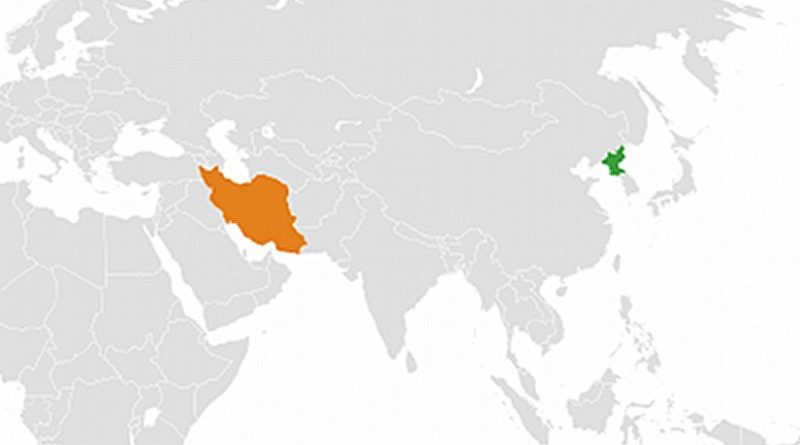 The UN panel was charged with monitoring the North’s compliance with UN sanctions, including a ban on trading nuclear and missile technology, an arms embargo and the freezing of assets of several North Korean individuals. The UNSC imposed sanctions against North Korea after it conducted nuclear-weapon tests in 2006 and 2009. The sanctions prohibit commerce in atomic and missile systems with the North. But these sanctions have yielded only mixed results.

The sanctions severely impacted on North Korea’s economy and the regime found itself badly in need of funds. The experts’ report observes: “In an effort to get hard currency and advance its own programs, the country has been actively engaged in the export of complete (missile) systems, components and technology to numerous customers in the Middle East and South Asia.” The panel suspects that Pyongyang is likely to have swapped missile technology with Iran.

North Korea’s activities over the past year suggest that it has made substantial progress in its nuclear-weapons programme, including the establishment of a new uranium enrichment plant and work on a light-water reactor. At the same time, as the report mentions, North Korea has “continued to defy the bans on imports and exports of nuclear-related items, of conventional arms and of luxury goods.” The UNSC sanctions have been ineffective in preventing North Korea’s nuclear development and weapons sales, though “they have made it more difficult and expensive for the country to pursue these.”

There are many gaps and weaknesses in international transportation and cargo regimes and Pyongyang has taken advantage of these shortcomings to transport its weapons to customers. Indeed, Pyongyang has specialised in setting up fraudulent firms and offshore banking operations, and has been employing people with fake names to cloak the identities of blacklisted firms and officials to undertake its illegal operations. For example, the expert panel report found that the sanctioned Korea Mining Development Trading Corp. has four fake names identified by the UN sanctions committee as well as 12 other identities that were not designated.

In November 2010, North Korea allowed the US nuclear weapons expert, Siegfried Hecker, to view the approximately 2,000 uranium enrichment centrifuges at its previously secret facility. Hecker and many other specialists assert that “it is highly likely” that there are other uranium enrichment-related plants in North Korea that have not been revealed. In May 2011, the US special envoy to North Korea, Stephen Bosworth, was dispatched to Seoul for talks with the South Korean officials on North Korea’s requests for food assistance as well as respite from the current nuclear impasse. Though Bosworth did not comment on the expert panel report, he condemned North Korea’s uranium programme.

Meanwhile, the response from Iran, as expected, was of denial. It rejected charges of missile cooperation with North Korea. Slamming the expert panel’s findings as “fabrications”, Iran’s Foreign Ministry spokesman Ramin Mehmanparast argued that Iran’s own missile capabilities are so advanced that it does not need outside help. He said: “Iran’s (missile) technology and capability are advanced enough that we don’t need other countries to provide us technology or components. …We have repeatedly rejected reports on the exchange of ballistic missile technology or parts with any country.” However, an independent assessment made by the US intelligence analysts suggests that Russia has also supported entities in China and North Korea to help Iran move towards self-sufficiency in the production of ballistic missiles. Indeed, Tehran’s collaboration with Pyongyang on missile development was evident during an October 2010 North Korean military parade which showcased a new Nodong missile warhead. The warhead possessed “a strong design similarity with the Iranian Shahab 3 triconic warhead.”

The expert panel report states that North Korea is indulging in illegal trade of missile technology by transhipment “through a neighbouring third country”, suspected to be China. The document increases apprehensions over Pyongyang’s collaboration with Tehran and bolsters worries about Beijing’s willingness to implement sanctions targeting the nuclear activities of North Korea and Iran. The banned materials are believed to have been transferred from North Korea to Iran on regular scheduled flights of Air Koryo and Iran Air. Since illegal shipment of cargo like arms and related materials run the risk of physical inspection, North Korea prefers chartered cargo flights to do the same.

China has reacted strongly to the allegations of being North Korea’s most important ally. The Chinese Foreign Ministry spokesperson Jiang Yu said these assertions were without any attribution and China was not the country that the report had mentioned. She further said that the report has not yet been adopted by the UN Security Council, and was therefore outside the ambit of the relevant Security Council sanctions committee.

China has a history of using its position as a veto holder to block the publication of UN reports that are critical of North Korea. The report has been sent to the 15 Security Council members for their approval. It will be released if all the countries agree. The panel’s first report in May 2010 was held up by China and finally released in November after Beijing dropped its objections. This time the report’s submission itself was delayed since the Chinese experts on the panel refused to sign the report under pressure from Beijing. This raised serious issues about the expert panel that was supposed to be free from political interference. China holds the view that the world body should not interfere in the sovereignty of member countries.

Despite China’s support to the North, it seems clear that the potential for Pyongyang to provide weapon-usable nuclear substances or atomic equipment to foreign nations continues to be a worry and poses “new challenges to international non-proliferation efforts”. Besides the US, Israel and other nations have also accused North Korea of illicitly aiding Syria in building an atomic reactor that was demolished in a 2007 Israeli air strike. The International Atomic Energy Agency is probing this matter. There is enough evidence to suggest that Pyongyang’s uranium enrichment programme is “primarily for military purposes”. If peace is to prevail in East Asia, Pyongyang must abandon its uranium enrichment programme and all aspects of its nuclear programme should be placed under international monitoring. How to check Pyongyang from being a proliferator remains a huge challenge for the international community.

Originally published by Institute for Defence Studies and Analyses (www.idsa.in) at http://www.idsa.in/idsacomments/NorthKoreaandIranPartnerinBallisticMissilesTrade_RajaramPanda_190511