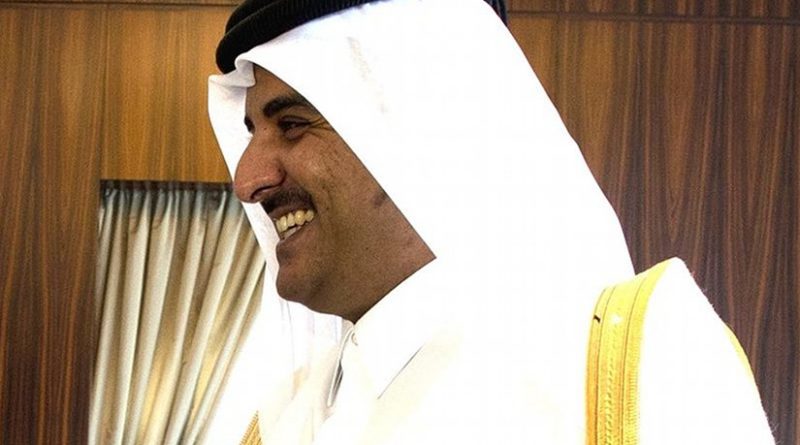 Two competing visions of ensuring regime survival are battling it out in the Gulf.

To Saudi Arabia and the United Arab Emirates, the 2011 Arab popular revolts that toppled autocratic leaders in four countries and sparked the rise of Islamist forces posed a mortal threat. In response, the two countries launched a counterrevolution that six years later continues to leave a trail of brutal repression at home and spilt blood elsewhere in the Middle East and North Africa.

Virtually alone in adopting a different tack based on former emir Sheikh Hamad bin Khalifa Al Thani’s principle of “riding the tide of history,” Qatar, a monarchical autocracy like its detractors, Saudi Arabia and the UAE, embraced the revolts and wholeheartedly supported the Islamists. The result is an epic battle for the future of the region that in the short-term has escalated the violence, deepened the region’s fissures, and put the tiny Gulf state at odds with its larger brethren.

Ironically, an analysis of political transition in Southeast Asia during the last three decades would likely prove instructive for leaders in the Gulf. At the core of people power and change were militaries or factions of militaries in the Philippines, Indonesia and Myanmar that saw political change as their best guarantee of holding on to significant powers and protecting their vested interests.

In the Philippines and Indonesia, factions of the military partnered with civil society to show the door to the country’s autocrat. In Myanmar, internationally isolated, the military as such opted to ensure its survival as a powerful player by initiating the process of change.

Sheikh Hamad, and his son and successor, Sheikh Tamim bin Hamad Al Thani, have adopted the principle set forward by Southeast Asian militaries and their civil society partners with one self-defeating difference: a belief that by supporting political change everywhere else they can retain their absolute grip on power at home.

In fact, if there is one fundamental message in the two-week-old Saudi-UAE-led diplomatic and economic boycott of Qatar, it is the recognition of the two countries’ ruling elites that they either thwart change at whatever cost or go with the flow. There are no half-measures.

There is however another lesson of history to be learnt from the Southeast Asian experience: change is inevitable. Equally inevitable, is the fact that unavoidable economic change and upgrading rather than reform of autocracy like Saudi Arabia is attempting with Deputy Crown Prince Mohammed bin Salman in the driver’s seat has a limited shelf life without political change.

Gulf autocrats marvel at China’s ability to achieve phenomenal economic growth while tightening the political reigns. It’s a model that is proving increasingly difficult to sustain as China witnesses an economic downturn, a failure to economically squash popular aspirations, and question marks about massive infrastructure investment across Eurasia that has yet to deliver sustainable results and has sparked debt traps and protest across the region.

The Southeast Asian lesson is that political change does not by definition disempower political elites. In fact, those elites have retained significant power in the Philippines, Indonesia and Myanmar despite radical reform of political systems. That is true even with the rise for the first time of leaders in Indonesia and the Philippines who do not hail from the ruling class or with the ascendancy to power in Myanmar of Aung San Suu Kyi, a long-persecuted daughter of the ruling elite, who has refrained from challenging the elite since winning an election.

The bottom line is that ruling elites are more likely to ensure a continued grip on power by going with the flow and embracing political change than by adopting the Saudi-UAE approach of imposing one’s will by hook or by crook or the Qatari model of playing ostrich with its head in the sand.

The Qatari model risks the ruling Al Thani family being taken by surprise when an inevitably reinvigorated wave of change comes knocking on Doha’s door. More ominous are the risks involved in the Saudi-UAE approach.

That approach has already put the two states in a bind as they struggle in the third week of their boycott of Qatar to formulate demands that stand a chance of garnering international support. Even more dangerous is the risk that the hard line adopted by Saudi Arabia and the UAE will fuel extremism and political violence in an environment starved of any opportunity to voice dissent.

The lessons of Southeast Asia are relevant for many more than only the sheikhdoms that are battling it out in the Gulf. International support for political transition in Southeast Asia produced a relatively stable region of 600 million people despite its jihadist elements in the southern Philippines and Indonesia, jihadist appeal to some elsewhere in the region, religious and ethnic tensions in southern Thailand and Myanmar, and deep-seated differences over how to respond to Chinese territorial ambitions in the South China Sea.

That support also ensured that the process of change in Southeast Asia proved to be relatively smooth and ultimately sustainable unlike the Middle East where it is tearing countries apart, dislocating millions, and causing wounds that will take generations to heal.

To be sure, Southeast Asia benefitted from the fact that no country in the region has neither the ambition nor the ruthlessness of either Saudi Arabia or the UAE.

Southeast Asia also had the benefit of an international community that saw virtue in change rather than in attempting to maintain stability by supporting autocratic regimes whose policies are increasingly difficult to justify and potentially constitute a driver of radicalization irrespective of whether they support extremist groups.

Former US President George W. Bush adopted that lesson in the wake of 9/11 only to squander his opportunity with ill-fated military interventions in Afghanistan and Iraq, a flawed war on terrorism, and a poorly executed democracy initiative. The lesson has since been lost with the rise of populism and narrow-minded nationalism and isolationism.

Home » The Gulf Crisis: Southeast Asia Has Seen It All Before – Analysis