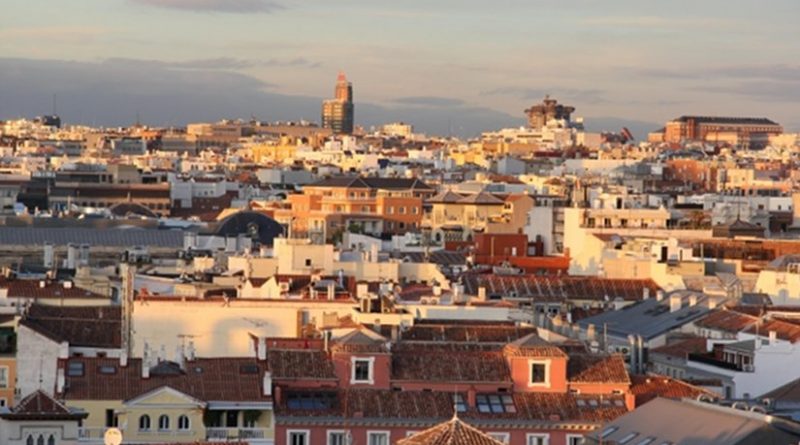 Despite the economic crisis, per capita spending on education in Spain has shot up by 37 percent since 2007. That fact comes from a report published by Barclaycard and IESE — a barometer of consumer spending in Spain. Consumer spending has also increased on utilities (water, gas, electricity and telephone), by 21 percent, and on health services, by 13 percent.

The study, which analyzes how Spanish consumers have changed their habits since 2007, also shows that overall per capita spending fell by 8.6 percent over this period.

The categories in which spending fell the most over the eight years analyzed were jewelry (-58 percent), furniture and household supplies (-37 percent), clothing and footwear (-29 percent), restaurants (-24 percent), flights and hotels (-17 percent), beauty and personal care (-10 percent), and food and beverages (-3 percent).

After the prolonged economic crisis that started in the second half of 2008, Spain’s GDP finally returned to consistent positive growth rates in 2014. That year, per capita spending also increased 0.8 percent, as consumer spending is an important motor of GDP growth.

Which categories saw the most positive growth in 2014? Health services experienced the biggest annual boost, with an increase of more than 11 percent, followed by flights and hotels (+5.7 percent), restaurants (+4.5 percent), beauty and personal care (+3.5 percent), education (+3.2 percent), and then clothing and footwear (+2.9 percent). Still losing ground were jewelry (-10.6 percent), furniture and household supplies (-5.1 percent), fuels and lubricants (-3.2 percent), utilities (-2.8 percent), and food and beverages (-0.8 percent).

The Bulk of the Budget: Food and Beverages

The barometer — with data for each autonomous community from Spain’s National Institute for Statistics (INE) — has also parsed how citizens spend depending on the particular situations of each household (i.e., the age of the main breadwinner, net income level and family structure).

In the case of spending on restaurants, the age situation is reversed: dining out takes up 19 percent of household spending for under-30 year-olds, compared with just 9.6 percent in 65-plus group.

Clothing and footwear has a similar weighting in the two younger age groups — about 10 percent — falling to 7 percent in households where the main breadwinner is 65 or older. The youngest are the biggest spenders, percentage-wise, on both fuels and travel, while spending over 65 is higher on health services and utilities.

The average person in Spain spent 10,759 euros in 2014. Drilling down, Spain’s autonomous communities with the highest per capita spending that year were Basque Country (13,313 euros), Navarra (12,599 euros) and Madrid (12,558 euros). Meanwhile, the three that spent the least were the Canary Islands (8,906 euros), Extremadura (9,194 euros) and Andalusia (9,237 euros). At the same time, the populations of Catalonia, Madrid and Andalusia together accounted for approximately 50 percent of national consumption. In other words, three communities consumed about as much as the other 14 communities combined.

Cash remains king in Spain. Studies indicate that about 84 percent of Spain’s payments are made with cash. Using data from MasterCard Advisors’ Cashless Journey Spotlight, the remaining 16 percent can be divided into three categories: bank transfers and direct debits (8 percent), credit and debit cards (7 percent) and checks (1 percent). It is worth noting that card transactions grew more than other means of payments over the course of the study.

The average card transaction value has been gradually shrinking since 2007 and was about 42 euros in 2014, according to data from the Banco de España. This trend reflects the growing adoption of contactless technology, the study notes — a trend also seen in the United Kingdom and elsewhere.

According to data obtained from an analysis of Barclaycard clients, supermarkets are where Spanish consumers spend the most with their credit cards, followed by big-box stores and then clothing and shoe shops.

Home » How Has Crisis Affected Consumer Spending In Spain?