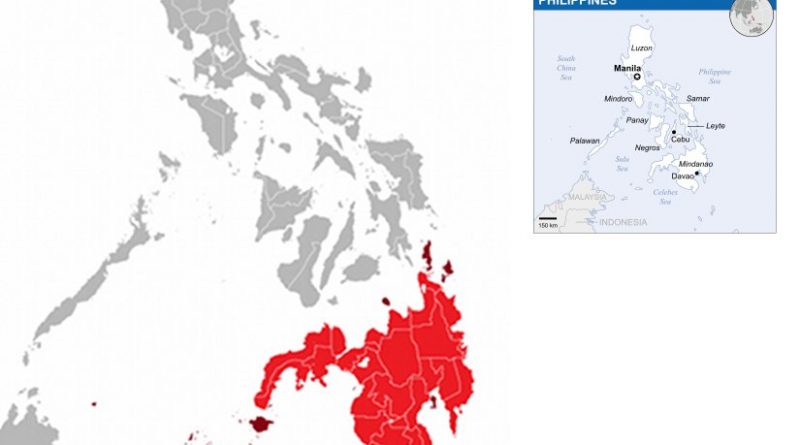 Undeterred by its military setbacks in Marawi, the so-called Islamic State (IS) is now calling for a war of liberation and propagating an anti-Christian and anti-government narrative for continuing violence in and outside Mindanao. Regional governments and the international community should be involved in not only counter-terrorism efforts but also in the reconstruction of Marawi.

In August 2017 the so-called Islamic State (IS) released three propaganda videos in relation to the ongoing battle in Marawi, and a fighting speech by a Syrian IS terrorist, encouraging Muslims in Southeast Asia to engage in a war to “liberate” their towns and cities from existing governments and political systems.

Terrorism in the Philippines is framed as a war between Muslims and the coalition of Christians, secularists and modernists. The establishment of Shari’a Law is used as a rallying call for support for the IS terrorist group, and to determine which lands are “occupied”. As it did in the Middle East, IS is retelling the history of the Philippines which was colonised by Spain and the United States.

Marawi as a “Land of Hijrah and Jihad”

IS is reviving the colonial legacy of Southeast Asia to frame the Marawi battle as part of a regional insurgency against Christians, secular governments and American involvement in the region. The narrative even goes back to the riots in Central Sulawesi (Indonesia) in 2000, selectively showcasing Christian violence against Muslims and invoking powerful images of beheaded Muslim men and children.

Based on this narrative, IS has instructed its supporters in Southeast Asia to use terrorism and horror to “liberate” their towns, cities and countries from existing political regimes until they submit to ‘IS rule’. The ‘liberation’ of Marawi by IS Philippine fighters is celebrated in the propaganda and showcased as exemplary for the rest of Southeast Asian IS supporters who are called upon to help their fellow fighters. The narrative is clearly intended to incite and embolden terrorists to take violent action in their own countries or come to Mindanao to join the ‘war’.

Consistent with the narrative, IS propaganda elevates Marawi to the status of a land of hijrah and jihad within the global caliphate. As highlighted in earlier commentaries, IS had asked prospective recruits in earlier videos and communiqués to consider travelling to the Philippines should Syria be a difficult destination. Since then, the Philippines has revealed that there are in Mindanao IS terrorists from Indonesia, Malaysia, Singapore, Pakistan, Saudi Arabia, Yemen, India, Morocco, Turkey, China and Chechnya.

The reminder that Marawi is ard al-hijrah wa al-jihad (land of hijrah and jihad) reinforces the status of Marawi in the view of IS terrorists and supporters. In the video “Inside the Caliphate”, Abul Yaman al-Marawi called on IS supporters, specifically those in Indonesia, Malaysia, Brunei, Thailand and Singapore, to migrate to Marawi for so-called “jihad”.

The video also weaves extant jihadist ideology since the days of Al-Qaeda into the Marawi narrative. The US is singled out as the eternal enemy and Southeast Asian governments portrayed as being part of a coalition responsible for the destruction of Marawi, played out in high quality drone footage that called on Southeast Asians to join the fighters in Marawi.

“Inside the Caliphate” also highlights the alleged lack of welfare for the evacuees from Marawi and the destruction of their homes. Despite international financial aid, the video alleges religious discrimination by aid administrators against Muslim evacuees and corruption, common tropes used to underline religious tensions and the lack of social justice.

With an eye to the future, the video also describes the battle in Marawi as a “generational war” with footages of child combatants firing out of buildings and alludes to a possible increase in the level of violence in the region.

Not unexpectedly, IS propaganda does not mention the setbacks IS has suffered in Marawi. It omits to mention that over 500 militants have been killed and many injured, and that IS only controls a small area of land (now reported to be less than a square kilometre). The small number of fighters (now reported to be about 40 or so) have been fully encircled, and their top leaders have probably fled Marawi; only the military’s desire to avoid civilian casualties is preventing the troops from routing the remaining fighters.

With the Marawi Narrative, regional countries should pay close attention to not only the threat of returnees from Syria and Iraq but also the movement of terrorists and weapons in the region. The challenging tri-border coastal areas in the Sulu Sea have enabled the successful smuggling of terrorists from Indonesia to the Philippines through Sabah.

Previously, Uighurs could also travel within the region and a few were found among IS-aligned groups. The number of Southeast Asians who have made it to the Philippines may have been underestimated. With the call to hijrah and jihad in Mindanao, more needs to be done to thwart the flow of fighters, bomb experts, weapons and ammunition into Marawi and nearby IS strongholds.

As IS focuses on violence and destruction, the Philippines and countries in the region should also consider non-military means to alleviate the deteriorating situation in Marawi. As of July 2017, at least 40 refugees who stayed at the homes of their friends and relatives have reportedly died of various illnesses while 19 others have died in evacuation centres said to be over-crowded and unsanitary.

Surveys of evacuees also found a significant number of malnutrition cases, which is also expected to increase if government rations are not increased. There have also been concerns of mental health issues among evacuees in the centres.

Australia and Japan have together pledged more than US$16.2 million for recovery efforts and food assistance respectively. Indeed, fighting insurgents and countering extremism involve more than bombs, drones and guns. To effectively counter the Marawi Narrative, regional governments and the international community must go beyond counter-terrorism and focus on rehabilitation and resettlement efforts in Marawi.

Home » The Marawi Narrative: ‘Inside The Caliphate’ – Analysis