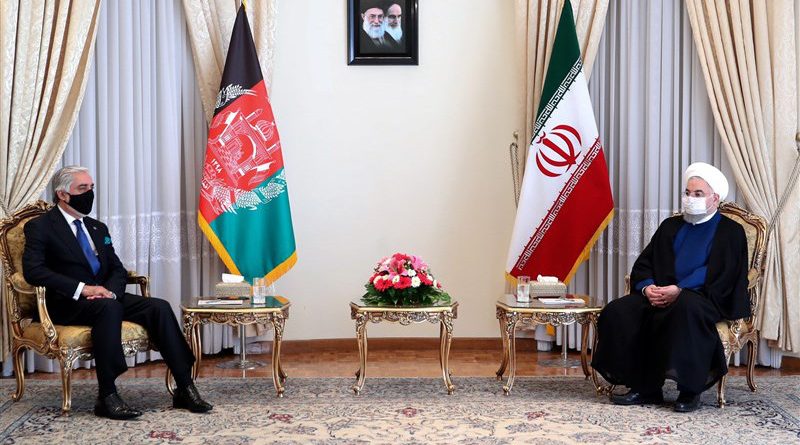 In a meeting with Head of Afghanistan’s High Council for National Reconciliation Abdullah Abdullah in Tehran on Monday, Rouhani said Iran is ready to connect gas and oil product pipelines to Afghanistan to allow the Afghan people to use those energy carriers.

Highlighting Iran’s support for Afghan peace, stability and security, Rouhani said, “What is important is that the people of that country (Afghanistan) would gain real peace to maintain their achievements after years of war and clashes, and the solution to this problem is political talks and intra-Afghan negotiations.”

The US’ interference and presence in Afghanistan runs counter to the Afghan people’s will, Rouhani further said, adding that Washington is trying to take advantage of the Afghan peace talks for its presidential election.

For his part, Abdullah praised Iran as a good neighbor and friend of Afghanistan, and hailed the Islamic Republic’s efforts to establish sustainable peace and security in his country.

Abdullah, the former chief executive officer of the Afghan unity government, is in Iran for talks on the Afghan peace process, the intra-Afghan dialogue in Qatar, and the need for regional consensus and support for the Afghanistan peace efforts.