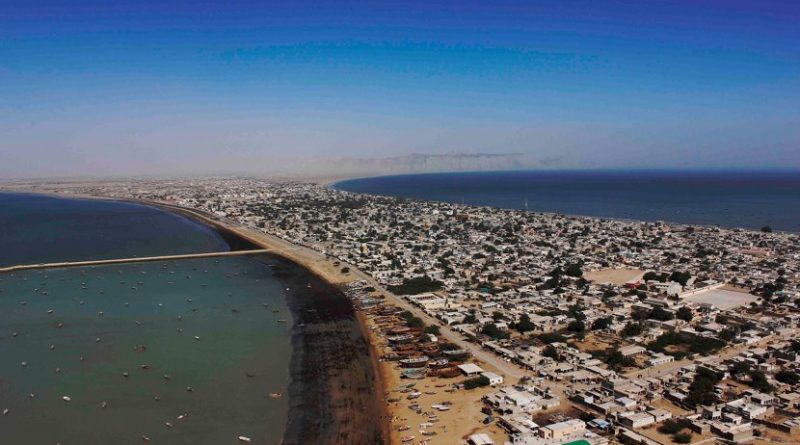 At least 14 persons, including seven Frontier Corps (FC) personnel and an equal number of private security guards, were killed on October 15, 2020, when Baloch militants attacked an Oil and Gas Development Company (OGDCL) convoy on the Coastal Highway near the Ormara area of Gwadar District in Balochistan.

The OGDCL convoy, escorted by the Security Forces, was moving from Gwadar to Karachi, Sindh, when attacked. Baloch Raaji Aajoi Sangar (BRAS), in an email sent to media outlets, claimed that “BRAS fighters eliminated more than 15 enemy personnel and agents of exploitative company” in the attack. Baloch Khan, the ‘spokesperson’ of BRAS, issued a statement asserting,

On one hand Pakistani forces are involved in the genocide of Baloch people, whereas, on the other hand companies like OGDCL are exploiting Baloch resources in their strategy of extending the occupation of Balochistan. Despite several warnings the OGDCL continues to be involved in exploitative projects in Pasni, Gwadar, Kharan, Lasbela and Och areas of Balochistan. OGDCL has commenced several new projects of drilling for oil and gas in Balochistan. We have made it clear several times that the resources of Balochistan belong to Baloch nation and only Baloch nation has the right to decide about the use of these resources. Baloch nation is fighting the war of independence currently and any organisation or corporation, whether Pakistani or international, that deals with the occupying forces will be dealt with iron fists and will be considered an enemy. BRAS once again warn all such companies including OGDCL to immediately halt its projects. We also want to inform China that Baloch nation completely rejects all Chinese agreements with the Pakistani occupying forces and they stand null and void.

On August 7, 2020, militants destroyed the gas well No. 41 in Pir Koh area of Dera Bugti District by planting explosives. Miran Baloch, ‘spokesperson’ of the Baloch Liberation Tigers (BLT), in a statement issued to the media claimed that the gas well was completely destroyed as a result of the attack.

On July 20, 2020, militants attacked the OGDCL gas field and its security posts with rockets and heavy weapons in the Zainkoh area of Dera Bugti District.

On July 9, 2020, a 36-inch diameter gas pipeline was destroyed by militants in the Pir Chata area of Dera Bugti District. BLT claimed responsibility for the attack.

According to partial data compiled by the South Asia Terrorism Portal (SATP), militants have carried out at least six attacks targeting Gas/Oil installations and tankers in Balochistan in 2020 (data till October 18, 2020). 14 people have died (all in the October 15 incident) in these attacks. A total of 240 such attacks have been recorded since March 2000, when SATP started compiling data on the conflict in Pakistan. These attacks have resulted in 34 deaths and 33 persons injured.Attacks targeting Gas/Oil Installations and Tankers: 2005*-2020

Pakistan’s economy is highly natural gas dependent, with this resource accounting for about 50 per cent of the country’s total energy consumption. Attack targeting this source of energy have significant detrimental impact on Pakistan’s economy, a reality the Baloch insurgents are well aware of, and seek to exploit. This also explains the disproportion in the number of incidents and causalities, as the main objective of Baloch insurgents is to inflict economic damage on the Pakistani establishment, and not to kill people. After the June 29, 2020, Pakistan Stock Exchange attack, the Balochistan Liberation Army (BLA) ‘spokesperson’, Jeehand Baloch declared, “targeting the civilians is not a part of our war-philosophy and unlike our enemy, we do not measure the rate of success by counting the innocent lives taken but our success resides in targeting the defenders of the exploitative scheme and all its symbols…”

Insurgency in Balochistan has principally been linked to a sense of deprivation and under-development in the region. According to Oil and Gas Regulatory Authority (OGRA)’s State of the Regulated Petroleum Industry Report 2018-19, Sindh’s share in gas supply was 46 percent, whereas Khyber Pakhtunkhwa (KP), Balochistan and Punjab supplied 12, 11 and 3 percent respectively. However, Province-wise gas consumption shows that Punjab’s share was 51 percent, Sindh 38 percent, KP nine percent and Balochistan two percent of total gas consumption during the year under review.

Natural gas was discovered at Sui in Balochistan as far back as in 1952, yet large regions of Balochistan remain deprived of natural gas. The Balochistan Minister for Education Abdul Rahim Khan Ziaratwal on August 28, 2017, informed the Balochistan Assembly that, of the 33 Districts in the Province, 23 had no natural gas. On December 9, 2019, the convener of the Subcommittee of the Senate Standing Committee on Planning Development and Reforms, Mir Kabeer disclosed that 93 per cent of the people of Balochistan lacked gas supply whereas 88 percent are without electricity.

Regrettably, no effort has been made to improve the situation. The OGRA’s 2018-19 Annual Report released on July 21, 2020, noted that, during Financial Year (FY) 2018-19, an addition of 24 kilometre in the Transmission Network was undertaken by Sui Southern Gas Company Limited (SSGCL) in the province of Sindh. No new transmission line was added in Balochistan.

Balochistan remains one of the most neglected regions of Pakistan. According to the United Nations Development Program (UNDP) Human Development Index (HDI) 2019, Balochistan’s people are amongst the worst affected under the Multi-Dimensional Poverty Index (MPI). Many areas in Balochistan still lack of basic facilities like school, road, hospitals, etc. Balochistan Chief Minister Jam Kamal Khan Alyani noted, on February 25, 2019, “People could not be satisfied with such a wrong planning and development in the province (sic).”

Former Balochistan CM Mir Abdul Quddus Bizenjo alleged on May 20, 2018, that province funds are being spent on the development of Punjab. He claimed the Federal Government was only interested in the development of Punjab and it had ignored Balochistan. The Federal Government has failed to fulfil its promise of giving the province its due share under the Public Sector Develop­ment Programme.

Karima Baloch, former chairperson of Baloch Students Organisation-Azad, in an interview on May 7, 2019, that Pakistan “doesn’t want the Baloch people but wants the resources there. It has been its policy of exploiting the resources”. Significantly, the BLA ‘chief’, Basheer Zeb, during an interview to News Intervention on July 15, 2020, noted,

China’s increasing involvement in mining projects in the Province angers Baloch separatists. BLA militants lunched a suicide attack on a bus, carrying 18 Chinese engineers in the Dalbandin area of Chagai District on August 11, 2018. At least six persons – among them three Chinese engineers – were injured in the attack. Saifullah Khatiran, Deputy Commissioner of Chagai District, disclosed that the engineers were working on the Saindak project, a joint venture between Pakistan and China to extract gold, copper and silver. BLA ‘spokesperson’ Jiand Baloch declared that the attack was carried out “to warn China to vacate Balochistan and stop plundering its resources.”

On July 1, 2020, Pakistan again extended the lease to China’s Metallurgical Corporation of China (MCC) Resources Development Company (MRDL) to explore and develop the eastern mines under the Saindak Copper-Gold Project for 15 years. The MRDL has been operating in Balochistan’s remote town since 2002, extracting significant amounts of mineral resources from the region. The Saindak copper and gold project, which was launched in 2001, was handed over to China in 2002 for a ten-year lease. It was renewed again in 2012 and then in 2017. A small town in Chaghai District, Saindak has huge mineral resources. The East Ore Body area of Saindak contains about 278 million tons of copper and gold deposits.

Beyond Chinese mining projects, the entire China-Pakistan Economic Corridor (CPEC) project – the flagship project in China’s ambitious Belt and Road Initiative (BRI) – has been a source of major discontent among the Baloch people and separatists. Apprehensions that CPEC provides no benefits for Balochistan have rightly been voiced since the launch of the project on May 22, 2013. On December 10, 2018, the CPEC Cell, in its briefing to the Balochistan Cabinet, disclosed that Balochistan’s share in the USD 62 Billion CPEC project was a miniscule nine percent, about USD 5.6 Billion. It was also disclosed that, out of this committed sum, less than USD one Billion had been spent in over five years.

Moreover, there is also great anxiety that CPEC will convert the Baloch people into minorities in their own homeland. Noordin Mengal, a human rights campaigner from the Province, stated, on March 17, 2017, that with an influx of outsiders as a result of the project, the identity of the Baloch was being threatened. According to the Census 2017, the total population of Balochistan was 12.3 million. Census 2017 indicates the Baloch population (Balochi language speaking population) had shrunk from 61 per cent of the total to 55.6 per cent over a period of 19 years (Census 1998 to Census 2017) in the 21 Districts where the Balochi-speaking population form a majority. CPEC projects employ workers and brought in from outside the Province, principally from Punjab.

Technical and administrative staff is overwhelmingly Chinese, and a complex eco-system of Chinese workers and service providers has been established around the CPEC projects. Pakistan currently hosts a sizable Chinese population and the numbers are only slated to grow as the project progresses. Concerns about the demographic transformation of Balochistan have been reiterated in a December 28, 2016, report by the Federation of Pakistan Chambers of Commerce and Industry (FPCCI), which noted that, at the current and projected rate of influx of Chinese nationals into Balochistan, the native population of the area would be outnumbered by 2048.

Meanwhile, under the Gwadar Project, China is building a ‘Chinese-only colony’ in the Gwadar port city at a cost of USD 150 million, which is intended to house half-a-million Chinese nationals. According to an August 21, 2018, media report, only Chinese citizens will live in this gated zone, thereby paving way for a Chinese colony within Pakistan. The China-Pakistan Investment Corporation has reportedly bought 3.6 million square feet for the international port city, and is going to start building the gated zone for the anticipated 500,000 strong Chinese workforce, which will be located here by 2022.

Indeed, on September 30, Prime Minister (PM) Imran Khan admitting that Balochistan has been neglected for a long time and accepted that the area from where Sui gas was supplied all over the country was itself extremely underdeveloped and is no better than the stone ages. “This lop-sided development has a very negative impact on society,” Khan added.

But a mere admission of neglect cannot heal the pain of deprivation and exploitation of the Baloch people. As long as the province and people do not get their due share of development, the insurgents will continue to act against the agents of exploitation.

One thought on “Pakistan: Fuelling Bloodshed In Balochistan – Analysis”