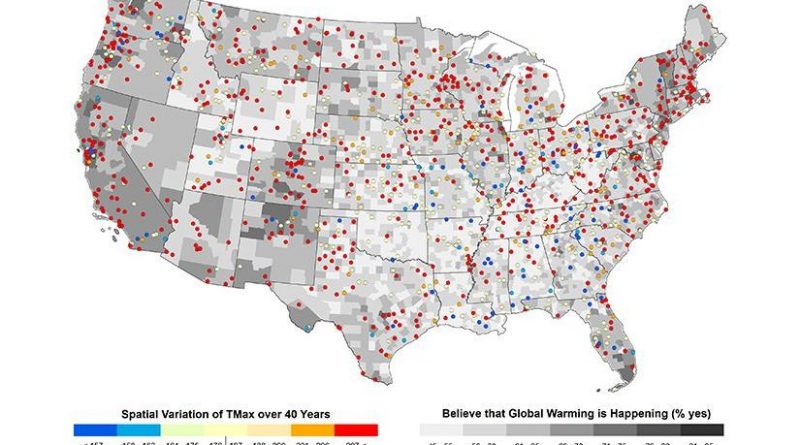 A new study finds local weather may play an important role in Americans’ belief in climate change. The study, published on Monday, found that Americans’ belief that the earth is warming is related to the frequency of weather-related events they experience, suggesting that local changes in their climate influence their acceptance of this worldwide phenomenon.

“One of the greatest challenges to communicating scientific findings about climate change is the cognitive disconnect between local and global events,” said Michael Mann, associate professor of geography at George Washington University and co-author of the paper. “It is easy to assume that what you experience at home must be happening elsewhere.”

The study notes that part of this dichotomy may be because of the early terminology used to describe climate change that suggested the earth was simply warming – not changing in innumerable but measurable ways. This might have led residents living in areas that experienced an unusually cold winter to doubt that climate change is occurring.

“Who do Americans trust about climate change; scientists or themselves?” said Robert Kaufmann, professor in the department of geography and the Center for Energy & Environmental Studies at Boston University and lead author of the paper. “For many Americans, the answer seems to be themselves.”

The researchers also found that a recent period of lower-than-average temperatures offset the effect of a long warming period, further supporting their findings that people’s belief in climate change is local and experiential.

The paper, “The Spatial Heterogeneity of Climate Change: An Experiential Basis for Skepticism,” was published in Proceedings National Academy of Sciences.