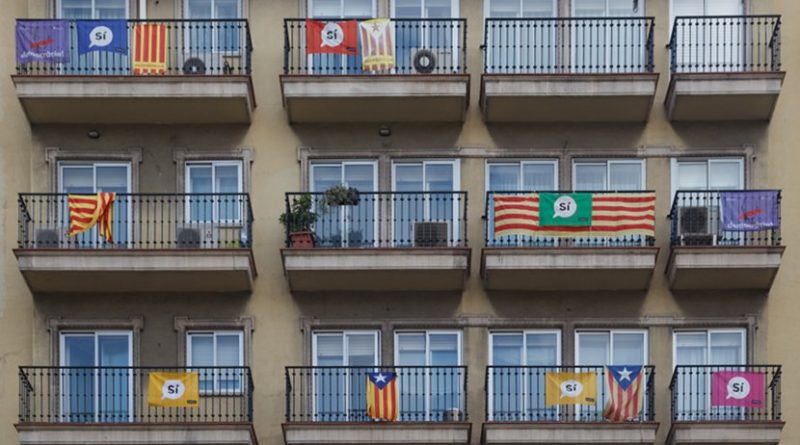 In the heart of Barcelona lies a foreboding reminder of Spain’s past. La Modelo prison is located just a few blocks from the Catalan capital’s main railway station and many of the city’s major tourist attractions.

The jail housed political prisoners during the 40-year dictatorship under General Francisco Franco. More than 1,000 were executed.

Barcelona was the last bastion of republican resistance in the Spanish civil war, falling to Franco’s forces in 1939. Many continued to fight the cause underground. Among them was Felipe Moreno, who was eventually caught and jailed in 1975. He has watched the recent events with growing alarm.

The Spanish government arrested many leaders of the Catalan independence movement in October, following a disputed referendum on secession from Spain. Moreno says the government’s actions echo the repression of the Franco era.

“To think, in this day and age, that they can arrest you for political thoughts if you do not accept the state,” Moreno said. “The government says there are no political prisoners, but in the Franco era they said the same thing. We were enemies of the regime and we were accused of terrorism.”

In the hills outside Barcelona lies the village of Vilarsar, yellow ribbons adorn almost every tree and lamppost — symbols of support for Catalonia’s jailed independence leaders.

“Keeping alive the flame of republican freedom. By that I mean the fight against domination. That is something that goes beyond the 40 years of dictatorship. It has been transmitted through generations, and is not only to do with national motives, but with principles of democracy,” said Godàs.

The Spanish government claims it is trying to uphold that democratic principle. Catalonians will vote in regional elections Thursday, after Madrid dissolved the regional government following the October referendum. Polls suggest the vote is evenly split between pro- and anti-independence parties.

Whatever the outcome, Vilasar Mayor Xavier Godas said he will continue the fight to break away from Spanish rule.