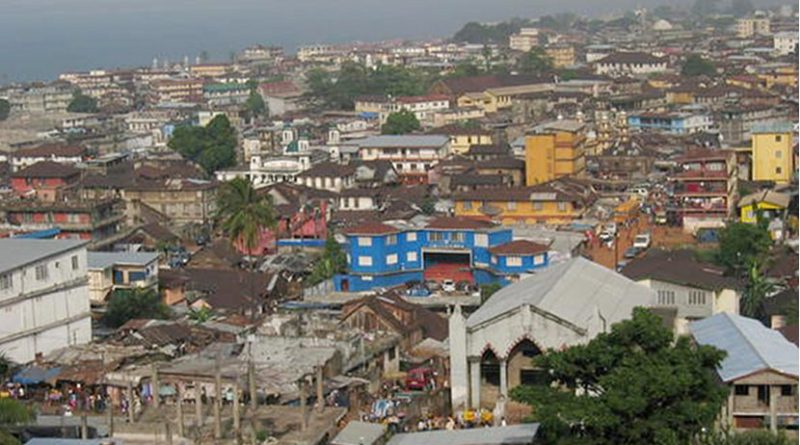 Eleven years of civil war and the Ebola disease has made many in Sierra Leone sensitive to issues that could renew conflict, particularly conflict along religious lines. A recent clash between Christian and Muslim religious leaders has caused concerns further violence could erupt. But when does crackdown on potential violence infringe upon religious freedoms? And what role should civil society play in mediating these tensions?

Sierra Leone has enjoyed enviable religious tolerance for decades. Religious and ethnic divisions have only been exercised to demarcate geo-cultural differences, but have never been used to fuel any type of conflicts.

However, this rich heritage recently came under serious threat after video and audio clips of anti-Islamic diatribes by a Nigerian pastor, Victor Ajisafe, went viral on social media prompting nationwide outrage and condemnation.

The public reaction was swift and critical of Pastor Ajisafe’s preaching that mocked Muslims and accused them of terrorism in his sermon on Sunday 25 September, 2017. In a video, the pastor equated Islam to terrorism, inciting hatred and making inflammatory accusations about Muslims.

The pastor was responding to a sermon delivered by a famous Islamic scholar in Zimbabwe, Mufti Ismail Menk. Menk had visited Sierra Leone through an invitation from the country’s Islamic community, and spoke to nearly 50,000 Muslims at the national stadium.

Pastor Ajisafe alleged Mufti Ismail Menk had said that Sierra Leone was an Islamic state; describing the alleged assertion as “lies” and refusing Islam any place in Sierra Leone’s history.

Eleven years of civil war and the Ebola disease has made many in Sierra Leone sensitive to issues that could renew conflict, particularly conflict along religious lines. As tightly contested elections scheduled for March 2017 heat up, everyone is on edge to maintain a careful balance.

But when does crackdown on potential violence infringe upon religious freedoms? And what role should civil society play in mediating these tensions?

The outrage and condemnation Pastor Ajisafe’s preaching attracted prompted the police to arrest him and close all his churches for fear of reprisals from the Muslim community. The Head of Sierra Leone’s Criminal Investigations Department, M.B. Kamara, remarked, “we are a religiously tolerant country. We have lived together like this peacefully for generations.”

He continued that the Criminal Investigations Department (CID) had learnt of the existence of a plot to burn down the pastor’s church in Freetown and police had been dispatched to each location of Ajisafe’s churches around the country for safety reasons.

Pastor Ajisafe has since been released on bail after handing in his legal papers, including his passport. Police say they had completed preliminary investigations and committed the case file to the Attorney General’s Office for legal advice on whether to file a case against Ajisafe or not.

While his churches remain closed, the pastor will report to the CID on a frequent basis, and will not travel outside Freetown or overseas without police approval.

Meanwhile, the government’s action to close Ajisafe’s churches has attracted serious legal scrutiny, some describing it as a violation of the right to freedom of conscience and association.

Ibrahim Tommy is the Director of a rights-based civil society group, the Center for Accountability and Rule of Law (CARL). He is worried that the banning of people from Ajisafe’s church amounts to a potential violation of the right to free assembly as guaranteed by the Constitution of Sierra Leone.

He remarks, “What he said that day was completely wrong and I believe he should be held fully responsible for it. I, however, don’t think that government or whoever has the right to close his churches and disband its congregation because of the pastor’s individual actions. It is the constitutional right of Sierra Leoneans to worship where they please and any attempt to limit that right will mean venturing into a dangerous terrain,” Tommy pointed out.

The Inter-Religious Council of Sierra Leone has played an important role in mediating for peace and ensuring the release of Pastor Ajisafe. The council had earlier condemned Ajisafe’s preaching, labelling it as hateful and having the potential to provoke religious violence.

The Sheik pointed out that the critical reactions to Ajisafe’s preaching by both Muslims and Christians were well warranted giving the country’s history of civil war and a heightened level of trauma and frustration waiting to explode into conflict. But, he warned, these reactions should not be allowed to degenerate into violent behaviour, adding that it was the last thing that the country needed.

Local civil society organisations have been applauded for their efforts in using national television and radio stations to warn against violence and educate people about the dangers of religious conflict and the need to embrace peace.

Learning from the past, looking to the future

The religious polarity, of especially Islam and Christianity, has proven to be particularly deadly in some countries. In certain parts of Nigeria for example, the difficult relationship between Muslims and Christians has contributed to conflicts which have had serious socio-political and economic consequences and irreparable damage to human relations.

Learning from the eleven years of civil war, and the aftermath of the Ebola Virus Disease, Sierra Leoneans reacted strongly to this purported hate preaching with many asking that the pastor is deported back to his home country. Others have suggested that he should not be allowed to preach any more in Sierra Leone for fear of diving the country along religious lines.

There are many who are worried about the timing of Ajisafe’s preaching as Sierra Leone draws closer to what is perceived as tightly contested elections scheduled for March 7, 2017.

Although Sierra Leone is at the moment on track for calm and scheduled elections, any form of religious violence could put them in jeopardy. To ensure this balance is maintained and that Sierra Leone continues a path to peace and democracy, everyone from grassroots civil society to politicians at the top will need to work together.

*Abdul Brima is Insight on Conflict’s Local Correspondent in Sierra Leone. A radio producer and presenter on BBC Media Action Sierra Leone, he has worked with rural communities on conflict and development issues in Sierra Leone and Liberia.

This article was originally published by Peace Insight and is available by clicking here. The views presented in this piece do not necessarily reflect those of TransConflict.

Owing to identity-based politics, the use of the word “human” to refer to individual persons has been systematically replaced with