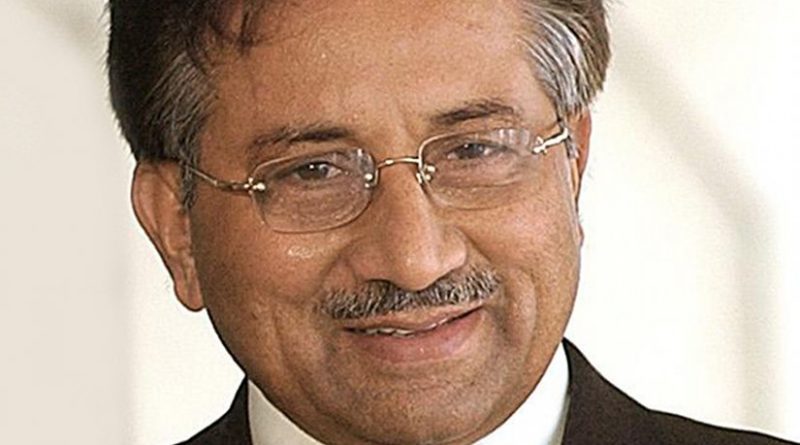 Pakistan’s government announced Thursday that it was seeking to disqualify the head of a three-judge panel that ruled that the corpse of convicted former dictator Pervez Musharraf should be “hanged for three days” outside Parliament if he died before his execution.

In its unprecedented short order announced this week, the special court issued a death sentence to the former military ruler for high treason for subverting the country’s constitution in 2007.  Musharraf, 76, has been living in self-imposed exile since 2016 and is undergoing medical treatment in a Dubai hospital.

The court has directed law enforcement officials to arrest the “fugitive-convict” to ensure the death sentence is carried out. But “if found dead, corpse be dragged to the D-Chowk, Islamabad, Pakistan, and be hanged for 03 days,” the ruling said, referring to a place just outside the national Parliament.

Top government officials told a hurriedly called news conference Thursday evening that they had decided to initiate legal proceedings against Judge Waqar Ahmad Seth for issuing a “despicable order” that they said was in violation of the constitution.

“Our plea is that such a judge has got no authority to be a judge of any high court or the Supreme Court … . [H]e must immediately be stopped from performing his official duties,” said Pakistani Law Minister Farogh Naseem.

Neither the constitution nor Islam allows public hangings, the minister said.

Prominent Supreme Court attorney Aitzaz Ahsan compared the special court’s ruling with the harsh Islamic justice of the radical Taliban in neighboring Afghanistan in the late 1990s, where public hangings and executions were common.

The ailing Musharraf has denounced the judgment as the result of a “personal vendetta,” saying, “There is no example of such a decision in which neither the defendant nor his lawyer was given permission to say something in his defense.” The former general said he planned to appeal.

The death sentence has shocked the powerful military, which has ruled Pakistan through direct military coups for nearly half of the country’s history and indirectly dominates political affairs even during civilian rules.

Chief military spokesman Major General Asif Ghafoor has defended Musharraf’s patriotism and accused the court of conducting an unfair trial in violation of the constitution.

The ruling, “particularly the wording used in it, is beyond humanity, religion, civilization or any values,” Ghafoor said at a news conference Thursday.

Musharraf deposed the elected government of Prime Minister Nawaz Sharif in 1999 to seize power in a bloodless military coup. The Supreme Court validated Musharraf’s action and even authorized the dictator to amend the constitution if needed to carry out economic and political reforms in Pakistan. He later became president of the country in addition to being military chief.

The high treason trial of Musharraf stemmed from his actions in 2007 when he briefly imposed an emergency in Pakistan by suspending the constitution to try to cling to power. He placed top judges, including the then-chief justice, under house arrest for opposing his rule.

Musharraf later resigned as army chief and stepped down in early 2008 from the presidency, fearing impeachment by the newly elected Parliament.

Sharif returned to power in 2013 and months later initiated the high treason case against Musharraf.

“This case was taken up only due to a personal vendetta by some people against me,” Musharraf said in a video statement he issued Wednesday from his hospital bed in Dubai.