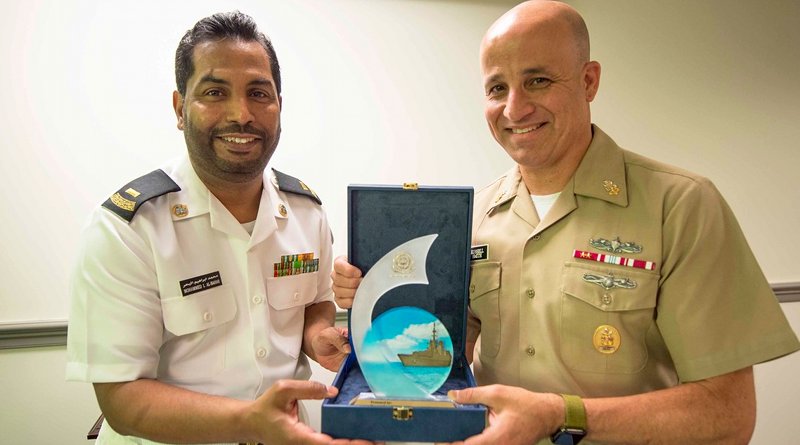 New foreign military student vetting procedures have been put into place, a senior defense official announced at the Pentagon.

Garry Reid said Thursday the Defense Department took immediate steps Dec. 10, to strengthen personnel vetting of international military students and to complete a review within 10 days of policies and procedures for screening foreign students and granting them access to installations.

Reid is the director of defense intelligence, counterintelligence, law enforcement and security, in the Office of the Undersecretary of Defense for Intelligence.

These efforts will seek to more closely align international military student vetting procedures with those applied to U.S. personnel, he said. He then updated the review process.

“We elected to screen all [international military students] using a set of expedited screening protocols that were already developed within the Defense Counterintelligence and Security Agency as part of personnel vetting transformation initiative,” he said.

The term “expedited” refers to the application of automated checks to multiple data sets, including government data, commercial data and publicly available data, to include social media, Reid noted. The results of these automated data checks are reviewed and validated by trained security analysts, he explained.

The intent of this process is to determine if there is any information that could be an indicator of elevated risk that was not previously identified as part of the IMS applicant screening and approval process, Reid said.

As of today, DCSA has completed screening of all current Saudi Arabian military students, he said.

“The analytic process is still underway, but we can report that no information indicating an immediate threat scenario was discovered,” he stated.

Regarding the 10-day review of policies and procedures, the FBI established a vetting and security review team led by a senior defense security policy official. The team is composed of representatives from DSCA, the military department, DCSA, the State Department, DHS and the U.S. Embassy team in Riyadh, Saudi Arabia, he said.

This also includes the DOD general counsel and others within the department, he added.

The team has collected all relevant policy and procedure information pertaining to screening and vetting Saudi Arabian military students and will use this as a baseline reference for comparison to analogous procedures used for U.S. personnel, Reid said.

The intent of the review is to determine where the current process can be modified to improve collaboration and sharing of security-related information from the initial point of nomination, through arrival in the U.S., enrollment in the training program, gaining access to U.S. military bases and across the entire training cycle, he said.

The vetting and security review team will provide a report of the findings and recommendations to the deputy secretary of defense on the required timeline, Reid said, and it’s likely some portions of the report will contain classified information.

“Our first priority will be to ensure that all of our components are informed and postured to adopt any new procedures that stem from the report and recommendations,” Reid said.

An implementation group will be established to oversee implementation of the recommendations and to ensure revision and updating of all relevant policies to sustain new methods and best security practices, he said.

“Protecting personnel is a top priority across the department,” Reid concluded.