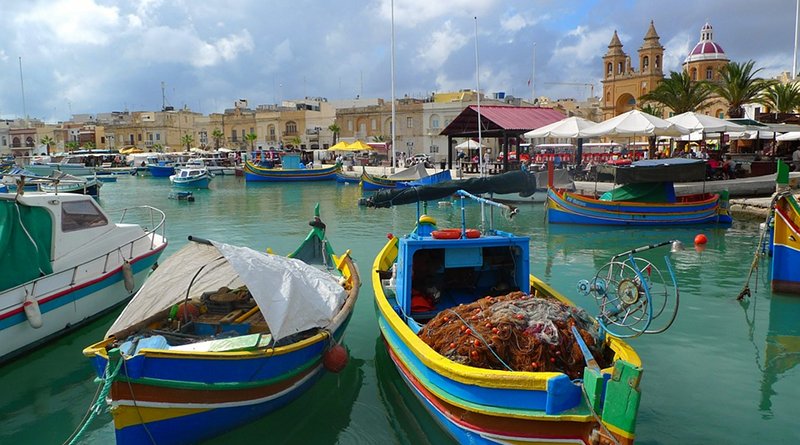 Around 3 pm on 16 October 2017, Daphne Caruana Aruna Galizia was returning home when her Peugeot suddenly exploded 80 metres from her house outside of Bidnjia, a small town 15 km from Malta´s capital Valletta. Her son Matthew heard the violent blast and rushed out to find the smoldering wreck of the car on a field by the road: “I looked down and there were my mother’s body parts all around me”. Her scattered body had hit the ground 10 metres from the demolished vehicle.1

Ever Since she in 1990 became a regular columnist in Malta´s two biggest newspapers, Daphne and her family had lived under a constant threat, being harassed by phone calls, letters, and e-mails, as well as notes pinned to the front door of their house, which furthermore had suffered two arson attacks. Their neighbour´s car had been set on fire, probably mistaken for being Daphne´s. Rufus, their collie, had been shot, a terrier called Zulu poisoned and when the dog they bought to replace them was found lying outside the main entrance with its throat slit, they did not acquire any more dogs.

At the time of her death, Daphne was facing 48 libel suits. Conditions had worsened considerably after Daphne in March 2008 began a blog called Running Commentary, which included commentaries on current affairs and public figures, providing information far too controversial for Malta´s established media outlets. The blog occasionally attracted over 400,000 views, more than the combined circulation of the country’s newspapers.2

During 2016 and 2017, Daphne divulged sensitive information related to the Panama Papers Scandal. This concerned 11.5 million documents detailing financial and attorney-client information for more than 214,488 offshore corporate service entities, created by and taken from a Panamanian law firm.3 The leaked documents contained financial information about wealthy individuals and public officials that hitherto had been kept outside the public view.

In 2016, Daphne´s Running Commentary reported that Malta´s tourism minister Konrad Mizzi was involved in shady businesses and he was compelled to reveal the existence of a New Zealand-registered trust, which he claimed was set up to manage his family’s assets. However, the affair continued to be unraveled and Daphne´s further revelations forced Prime Minister Joseph Muscat´s chief of staff, Keith Schembri, to admit that he owned a similar trust in New Zealand, which in turn held a Panama company.

The cat was out of the bag. Daphne intensified her reporting on Government corruption, nepotism, patronage, allegations of money laundering, links between Malta’s online gambling industry and organized crime, surreptitious payments to politicians from the government of Azerbaijan and skullduggery connected with Malta’s citizenship-by-investment scheme. Her accusations came dangerously close to Prime Minister Joseph Muscat when she alleged that Egrant, a Panama company related to the scheme involving Mizzi and Schembri, was owned by Muscat´s wife Michelle. However, the threatening scandal sizzled out after Joseph Muscat had called for and obtained support for an early general election that resulted in the consolidation of his Labour Party.

Sometime during the summer of 2017 at the posh bar Busy Bee, a hang-out for yacht owners in Valletta´s Msida Marina, the taxi driver and cocaine dealer Melvin Theuma met with three shady characters. Theuma was a well-known “errand-boy” for the prominent businessman Yorgen Fenech. This extremely wealthy man controls casinos and hotels in Valletta, is the director of the Maltese-Azerbaijan-German company Electrogas and owner of the Dubai-registered company 17 Black, which facilitated Mizzi´s and Schembri´s contacts with economic hiding places and money-laundering facilities in New Zealand and Panama. According to one of the men who met with Theuma, Vincent Muscat, he and the two brothers Alfred and George De Giorgio were offered 30 thousand euros in advance for planning the death of Daphne Caruana and an additional payment of 120 thousand euros ten days after a successfully committed murder. Vincent Muscat and the Giorgio brothers were referred to the Sicilian Mafia to obtain high precision guns and planned shooting Daphne from a building opposite her workplace, where she occasionally approached a window to improve her make up. However, it was difficult to get a clean shot and they abandoned the plan as being too risky. Instead, they used material and technique provided by the Sicilians to blow up her car. Vincent Muscat´s confession was confined to police reports but leaked to Reuters and the Italian newspaper La Repubblica, though it was suppressed by the Maltese Government, which instead of having the three murderers convicted kept them in custody, with DVDs, computer games and dinners provided by restaurants outside of the jail, awaiting that the 20 months custody time would expire.4

Several Maltese citizens have been extremely upset by the murder of Daphne Caruana, though people are generally reluctant to talk about politics and Prime Minister Muscat seems to be generally appreciated. He has been in office since 2013 and few imagined his tenure would be ending anytime soon. Muscat´s Labour Party has been praised for eliminating Malta’s national deficit, decreasing unemployment to historic lows, and presiding over an unprecedented period of economic growth. The island´s annual growth rates have for several years been between 6 and 7 percent. Large-scale changes to welfare have taken place, accompanied by increases in minimum wages and the introduction of a successful private sector involvement in healthcare. At the same time online casinos, financial service providers and real estate developers have been unencumbered by strict regulations and overzealous government officials.

Already two years ago, a European Commission observed a blatant shortage of personnel responsible for investigating white-collar crimes, while politicians all-too-frequently interfered with the judiciary and the police. During his six years tenure, Joseph Muscat has suddenly replaced the chief of police no less than five times and he frequently replaces judges and public prosecutors. He has also personally appointed the members of a Permanent Commission against Corruption. Sale of passports to wealthy clients has become one of the country’s most important sources of income. Since Muscat in 2013 approved such passport sales it is estimated that Malta has earned 2.5 billion euros from the practice. Buyers are frequently Russian oligarchs, Arab sheiks or Chinese businessmen, eager to attain the advantages of an EU citizenship.5

On 11 February 2019, the European Parliament’s Special Committee on Financial Crimes, Tax Evasion and Tax Avoidance (TAX 3) conducted a public hearing on alleged financial crimes in Malta, while linking them to the assassination of Daphne Caruana and highlighting a lack of cooperation between Maltese security institutions and the judiciary system.6 On 28 November, EU´s Democracy, Rule of Law and Fundamental Rights Monitoring Group received an update from Europol regarding ”clarity and justice in the Daphne Caruana murder case”. Pressured by the EU, Maltese police had finally reacted and arrested Melvin Theuma, intermediary between executors and originators of the Carauna murder. The Prime Minister provided Theuma with a presidential pardon in exchange for information and the ”errand-boy” began to talk. The day after Theuma’s arrest, Yorgen Fenech attempted to leave Malta on his private yacht, but the Armed Forces of Malta boarded the boat and arrested him.

In a court statement, Fenech accused Keith Schembri as being the mastermind behind Daphne´s murder. Schembri resigned from his post as Joseph Muscat´s Chief of Staff and was subsequently questioned by the police. His confessions have so far not been made public. However, Schembri apparently admitted that he shortly after the assassination of Daphne Caruana provided Melvin Theuma with a government job through which he was paid regularly without doing any work. During court proceedings Yorgen Fenech stated that Shembri had warned him that his phone was tapped and kept him informed of progress in the Caruana murder investigation. After being interrogated, Schembri was released on police bail. His present whereabouts are unknown.

As a reaction to the alarming 28 November report the EU sent an ”ad hoc” delegation to Malta, which between the 3rd and 4th of December ”took stock of the situation on the ground”. The delegation concluded that Prime Minister Muscat’s failure to resign immediately constituted a serious risk for the murder investigation and that connected probes would be compromised, adding that the murder investigation had arrived at a crucial point and any risk of political or other interference must be categorically excluded.7

These days when political leaders implicate that investigative journalism is “fake news” and journalists are murdered on behalf of criminals and corrupt politicians, the courageous efforts of Daphne Caruana prove how important an independent press is and thus underscores our obligation to safeguard free speech around the world.

*Jan Lundius holds a PhD. on History of Religion from Lund University and has served as a development expert, researcher and advisor at SIDA, UNESCO, FAO and other international organisations.