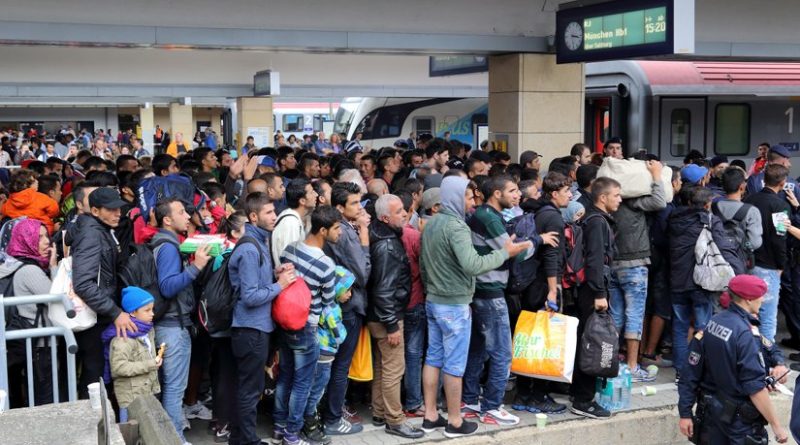 (EurActiv) — The International Monetary Fund has highlighted the positive effect of public spending on refugees on European GDP, but has also recommended that employers pay them less than the minimum wage.

The International Monetary Fund (IMF) produced a report today (20 January) on the economic challenge posed by the influx of refugees into Europe. In this document, the organisation recommends a short-term differentiation in the treatment of refugees and EU citizens.

Precipitated by the Syrian crisis, as well as conflicts in Afghanistan, Iraq and Eritrea, the vast migration towards Europe is a cause of real concern on the continent, where attitudes towards the economic, social and cultural integration of migrants took a worrying turn after the events in Cologne.

From January to October 2015, 995,000 refugees applied for asylum in the European Union. Wolfgang Schäuble, the German minister of finance, recently proposed the implementation of a European petrol tax to help the EU fund the vast social programmes needed to rise to this challenge.

The importance of employment

For the IMF, employment is the major means by which the refugees will become economically integrated in their host countries. To accelerate their integration, the IMF recommends the implementation of “temporary and limited derogations of the minimum wage for refugees”. The aim of this measure would be to redress the initial imbalance on the labour market between the recent immigrants and the native population.

An immigrant’s level of education and linguistic ability can greatly affect their chances of finding work. But overall rates of unemployment among immigrants tend to be higher, and salaries lower, than the average for the population of their host country.

In Germany, where the IMF has carried out a study on the integration of foreigners in the labour market, migrants generally earn 20% less than Germans of equal competence. For immigrants that do not speak German, the difference is 30%. And in 2013, the unemployment rate among immigrants was double the German average.

The concept of the minimum wage is already flexible in certain countries, including Germany. Here, refugees can join the list of the long term unemployed, who do not qualify for the minimum wage until they have complete six months of employment.

An advantage of this measure, according to the IMF, is “to reduce any possible resentment” from the citizens of the host countries, who may otherwise see the refugees as direct competitors for jobs in Europe’s under-performing labour market.

But for the IMF, this fear is unfounded. The organisation highlighted the fact that the large majority of studies have found such waves of immigration to have only a very small impact on employment.

Spending on refugees to boost GDP

While the IMF’s projections are by no means certain, they do highlight the generally positive economic impact of hosting refugees, even in the short term. Increasing public spending on refugees should “raise internal demand and GDP”, according to the report.

Money assigned to the refugees is spent immediately, generating more demand. The IMF has calculated that public spending on the refugee crisis in European countries should increase GDP by 0.05% in 2015 and 0.1% in 2016, compared to 2014.

But large disparities exist between EU countries. In France, where the number of asylum seekers rose by just 22% in 2015, the cost of dealing with the refugees has stayed relatively stable. The associated rise in GDP between 2014 and 2016 is expected to be only 0.01% as a result.

On average, these new arrivals will be able to work in their host countries after two years. But the contribution of these refugees to European GDP, even in the short term, should be positive, adding 0.05% in 2015 and 0.13% in 2017.

Naturally, the effects are most visible in the countries with the most refugees. Austria’s GDP will increase by 0.5%, Sweden’s by 0.4% and Germany’s by 0.3%.

In the medium term, the wave of refugees will have an even more pronounced effect on European economic growth. The IMF predicts the new arrivals will boost the European Union’s GDP by 0.25%, while Germany, Austria and Sweden stand to gain between 0.5% and 1.1%.